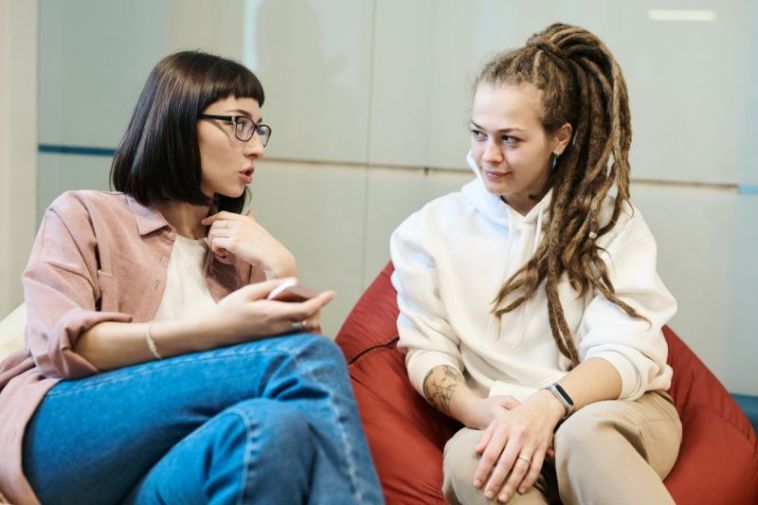 On January 20, 2021, Joseph R. Biden became the 46th President of the United States. In his inauguration address, he said: “We must end this uncivil war that pits red against blue, rural versus urban, conservative versus liberal. We can do this if we open our souls instead of hardening our hearts — if we show a little tolerance and humility, and if we’re willing to stand in the other person’s shoes.”

President Biden was right. We cannot continue to demonize those with whom we disagree and expect harmony. Whether you call your opponents fascists or communists, racists or snowflakes, the approach is the problem. An emotionally charged insult hardly invites them into a conversation that brings understanding and creates the unity we all seek.

I welcome such an invitation to unity, but I am skeptical whether we are capable of achieving it in a nation that is so divided. More to the point, it is not just words but forthcoming demonstrations of respect that will determine if we unify and heal, or if we spend the next four years stewing in anger toward each other.

Regardless of what happens in Washington, you and I can make individual decisions to live as we should and be the healing that we want to see. I am inviting you into that journey here.

Last September, I began reading the entire Book of Proverbs every day. I was soon convicted that I needed to reign in my tongue and I have not regretted a moment of the time that I didn’t waste by stepping away from unnecessary Facebook arguments.

The Book of Proverbs teaches us how we should live in relation to others. Solomon did not divide people by race or class. He discussed four primary categories of people, but these classifications were based on their inclination toward wisdom and the behaviors that they consequently displayed. They were:

The Wise, The Fool, The Mocker, and the Simple

The wise are those who listen to God, believe in his precepts, and accept correction. Familiar passages remind us that, “The fear of the Lord is the beginning of knowledge, but fools despise wisdom and instruction” (Proverbs 1:7), and “Trust in the Lord with all your heart and lean not on your own understanding; in all your ways submit to him, and he will make your paths straight” (Proverbs 3:5-6). The wise can be recognized by one unusual characteristic. They reign in their tongues.

Fools, on the other hand, reject both God and correction. As a consequence, they become proud and wise in their own eyes. They also have a distinguishing characteristic—they are not the least bit interested in reigning in their tongues.

Mockers not only fail to reign in their tongues, but they cause trouble wherever they go. They are not just foolish; they are super-fools who are proud and sarcastic. They constantly stir up anger.

The simple are gullible people who believe anything. They are the targets of manipulators. They are the ones passing along questionable articles on social media. Where fools and mockers enflame with their own words, the simple enflame by spreading others’ words that validate their own assumptions.

If you think about your Facebook feed, you will recognize the fool, the mocker, and the simple, but probably not the wise. The wise person is not arguing. He is certainly not trying to score points or demonstrate how smart he is. If he engages, he does so by asking questions in order to learn.

Over the last few weeks, I have been wrestling with how Christians should engage in respectful dialogue with others with whom they disagree. The Proverbs are full of instruction on this matter. A few days ago, I highlighted the most pertinent passages and I whittled that list down to 100 verses (which are listed below).

Before you read that list, I would like you to consider this question. In your interactions with others—particularly as you discuss contentious issues—do you sound more like a wise person, a fool, a mocker, or a simple person? Score yourself as you read.

How Much and How We Should Talk

The Proverbs also discuss how we should talk and how much we should talk. Here, Solomon is not discussing the wise or the fool specifically, but providing general counsel in regulating our speech.

How We Should Talk

A Psychology of Disagreement

I have only unpacked a few concepts relating to respectful dialogue. The Proverbs have much more to say about how we should conduct ourselves even as we disagree with others. Solomon provided the psychology behind his instruction.

For example, what happens when you call your opponent a pejorative name in order to make your point? You feel better—perhaps even superior—but Solomon tells us that you have hardened him against your cause. That approach always backfires. Have you ever been won over to your opponent’s perspective by cutting words?

All of these lists are incomplete in themselves. If you really want to get a sense of what the Proverbs say about how you should speak, read the following 100 verses.

100 Verses that Teach us How to Speak, Listen and Respectfully Disagree

but the mouth of the wicked conceals violence. (Proverbs 10:11)

but the prudent hold their tongues. (Proverbs 10:19)

but the mouth of the wicked only what is perverse. (Proverbs 10:32)

but through knowledge the righteous escape. (Proverbs 11:9)

but by the mouth of the wicked it is destroyed. (Proverbs 11:11)

but the one who has understanding holds their tongue. (Proverbs 11:12)

but the speech of the upright rescues them. (Proverbs 12:6)

but the prudent overlook an insult. (Proverbs 12:16)

but the tongue of the wise brings healing. (Proverbs 12:18)

but those who speak rashly will come to ruin. (Proverbs 13:3)

but wisdom is found in those who take advice. (Proverbs 13:10)

for a companion of fools suffers harm. (Proverbs 13:20)

but the lips of the wise protect them. (Proverbs 14:3)

but knowledge comes easily to the discerning. (Proverbs 14:6)

for you will not find knowledge on their lips. (Proverbs 14:7)

but goodwill is found among the upright. (Proverbs 14:9)

but the prudent give thought to their steps. (Proverbs 14:15)

but a fool is hotheaded and yet feels secure. (Proverbs 14:16)

but one who is quick-tempered displays folly. (Proverbs 14:29)

but the mouth of the fool gushes folly. (Proverbs 15:2)

but a perverse tongue crushes the spirit. (Proverbs 15:4)

but the one who is patient calms a quarrel. (Proverbs 15:18)

but the mouth of the wicked gushes evil. (Proverbs 15:28)

whoever purses their lips is bent on evil. (Proverbs 16:30)

one with self-control than one who takes a city. (Proverbs 16:32)

a liar pays attention to a destructive tongue. (Proverbs 17:4)

whoever gloats over disaster will not go unpunished. (Proverbs 17:5)

so drop the matter before a dispute breaks out. (Proverbs 17:14)

one whose tongue is perverse falls into trouble. (Proverbs 17:20)

and whoever has understanding is even-tempered. (Proverbs 17:27)

and discerning if they hold their tongues. (Proverbs 17:28)

and against all sound judgment starts quarrels. (Proverbs 18:1)

but delight in airing their own opinions. (Proverbs 18:2)

and with shame comes reproach. (Proverbs 18:3)

and their mouths invite a beating. (Proverbs 18:6)

and their lips are a snare to their very lives. (Proverbs 18:7)

but humility comes before honor. (Proverbs 18:12)

disputes are like the barred gates of a citadel. (Proverbs 18:19)

than a fool whose lips are perverse. (Proverbs 19:1)

rebuke the discerning, and they will gain knowledge. (Proverbs 19:25)

and the mouth of the wicked gulps down evil. (Proverbs 19:28)

but every fool is quick to quarrel. (Proverbs 20:3)

the unplowed field of the wicked—produce sin. (Proverbs 21:4)

their neighbors get no mercy from them. (Proverbs 21:10)

by paying attention to the wise they get knowledge. (Proverbs 21:11)

keep themselves from calamity. (Proverbs 21:23)

but the upright give thought to their ways. (Proverbs 21:29)

its wages are riches and honor and life. (Proverbs 22:4)

quarrels and insults are ended. (Proverbs 22:10)

do not associate with one easily angered,

or you may learn their ways

for they will scorn your prudent words. (Proverbs 23:9)

when they stumble, do not let your heart rejoice, (Proverbs 24:17)

and a silversmith can produce a vessel; (Proverbs 25:4)

and his throne will be established through righteousness. (Proverbs 25:5)

is one who gives false testimony against a neighbor. (Proverbs 25:18)

an undeserved curse does not come to rest. (Proverbs 26:2)

or you yourself will be just like him. (Proverbs 26:4)

is someone who rushes into a quarrel not their own. (Proverbs 26:17)

without a gossip a quarrel dies down. (Proverbs 26:20)

so is a quarrelsome person for kindling strife. (Proverbs 26:21)

but who can stand before jealousy? (Proverbs 27:4)

but an enemy multiplies kisses. (Proverbs 27:6)

but people are tested by their praise. (Proverbs 27:21)

rather than one who has a flattering tongue. (Proverbs 28:23)

the fool rages and scoffs, and there is no peace. (Proverbs 29:9)

and a hot-tempered person commits many sins. (Proverbs 29:22)

the wicked detest the upright. (Proverbs 29:27)

or if you plan evil,

and as twisting the nose produces blood,

Darin Gerdes, Ph.D. is a management professor in the College of Business at Charleston Southern University. He is the host of the Leadersmith Podcast.