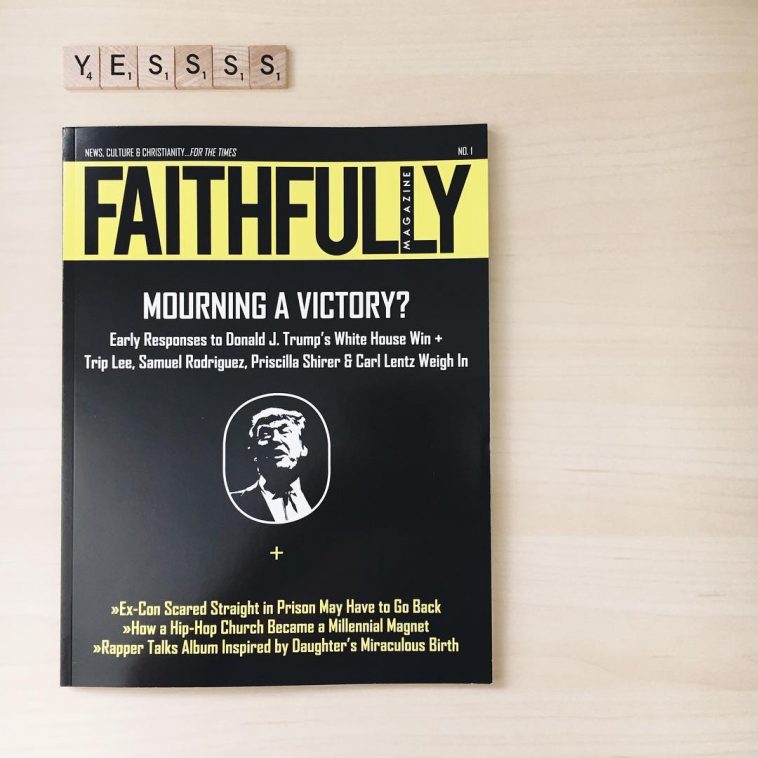 Faithfully Magazine works with a diverse team of volunteer staff writers, contributors, and columnists to ensure that our mission to center Christian communities of color is reflected not only in our content but also on our masthead. Learn about Faithfully Magazine’s editorial team and advisors on the Staff page.

Faithfully Magazine reports from an ethnically-diverse and ecumenical perspective in an effort to foster genuine Christian community among our readers. While we interview and profile a variety of individuals and report on diverse subjects spanning the spectrum of Christianity (and occasionally other faiths), we do not necessarily share the views of these individuals, organizations, churches, ministries or the viewpoints of those who write for the publication. Learn more on the Submissions page.

Our readership is composed of diverse readers–predominantly Black, White, Hispanic, and Asian Christians. Most of our readers are in their mid-20s to mid-40s, politically active, and regularly attend church. Learn more on our Media Kit page.

A wide variety of people have shown interest in and support for Faithfully Magazine and it’s mission to be another channel to reflect the diversity of thought and experiences of Christians of color. Here is what readers have said about Faithfully Magazine’s first print issue:

“… a new, sweet magazine for these troubled times…”

“What I found incredibly refreshing, was the breadth of viewpoints it encompassed–politically, socially, culturally, denominationally… It is so rare to find a source that is willing to provide a voice to views that don’t even necessarily even align with their own.”

“… intellectually stimulating, and had writing featured from fresh, new voices”

Nicola A. Menzie is the founder and publisher of Faithfully Magazine. Nicola is a religion reporter in New York City whose bylines have appeared on the websites of the Religion News Service, The Christian Post, CBS News, and Vibe.com. She also hosts the publication’s Faithfully Podcast.

Read Nicola’s interviews about Faithfully Magazine’s mission with Christianity Today and Religion Dispatches and listen to her comments on the publication in this episode of the “Truth’s Table” podcast. You can find her on Twitter: @namenzie and read more about her here.

Faithfully Magazine’s premiere issue was successfully funded Jan. 31, 2017, via a Kickstarter campaign thanks to 100 people, including the following Backers:

Faithfully Media, LLC is grateful to all 100 Kickstarter backers.

Some of the publications where Faithfully Magazine has appeared…