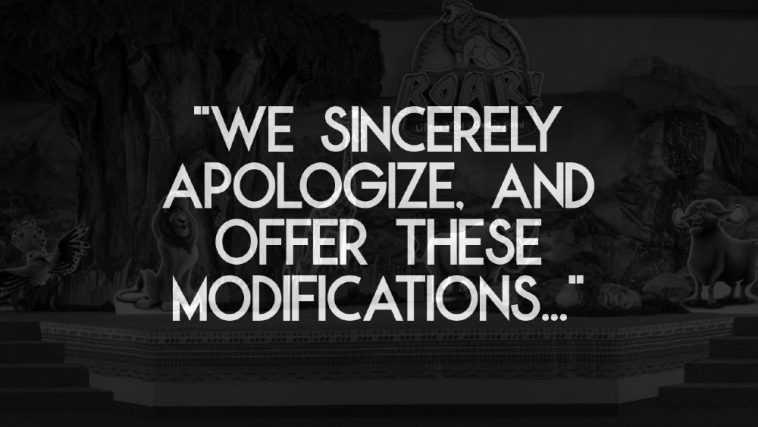 The Colorado Christian company behind a controversial Vacation Bible School curriculum has updated racially-insensitive parts of the lesson after initially defending having children pretend to be slaves, referring to Africa as a country, and misrepresenting an African dialect.

“We’re thankful for VBS leaders who have alerted us to several concerns in Roar VBS that could be considered insensitive. We sincerely apologize, and offer these modifications to help your Roar experience be the very best for all your children and community,” reads a document listing changes made to the “Roar” Vacation Bible School curriculum.

As Faithfully Magazine reported, Group Publishing, Inc. provides churches with ministry-related resources, including Vacation Bible School curricula for elementary-age students during summer break. The Loveland, Colorado, company released “Roar” as one of its summer 2019 Vacation Bible School themes, and describes it as an “epic African adventure.” 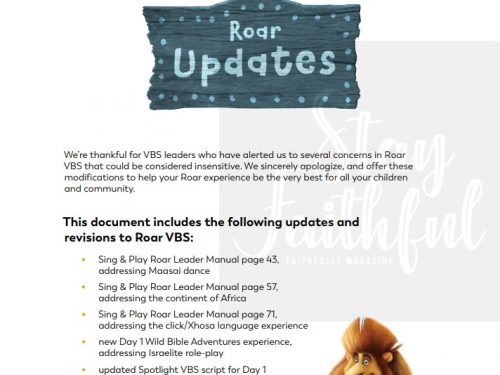 These updates appear to reflect changes to what were viewed as racially-insensitive aspects of the “Roar” Vacation Bible School lessons.

For example, as Faithfully Magazine previously reported, The “Wild Bible Adventures” experience initially required leaders to pretend to be “a mean Egyptian guard” and berate students as they pretend to be Israelite slaves tasked with making bricks. In the “Roar Update” document, this activity has completely been removed and replaced with a balloon game instead.

“We are committed to redouble [sic] our efforts in future programs to create and vet materials that are inclusive, respectful, loving, and focused on Jesus,” reads a statement from the Group VBS Facebook page.

Those who download the free “Roar Update” can compare the current version with the original controversial aspects of the Vacation Bible School plan outlined by Faithfully Magazine.

Despite it’s “Roar Update” provided on June 10, in an earlier public response Group Publishing, Inc. pushed back against criticism from concerned Christians about the inappropriate and insensitive aspects of the “Roar” curriculum. While that original social media post has since been deleted, it is still accessible here.

Group Publishing, Inc. encourages anyone with “questions or concerns” to email the Vacation Bible Study team via [email protected]

“We appreciate your direct communication and pray that your VBS will impact kids’ lives and bring them closer to Jesus!” reads Group Publishing, Inc.’s statement.

Below are images of the original parts of the “Roar” Vacation Bible Study plan that have since been revised by Group Publishing, Inc. in its updates.