Two White men who grabbed guns and chased a Black man running in their neighborhood before fatally shooting him have been arrested and charged with murder and aggravated assault, the Georgia Bureau of Investigations reported Thursday.

Ahmaud Arbery, 25, was shot and killed on February 23 after being chased down by two armed White men in a truck while jogging in their Georgia neighborhood. Arbery’s killing was captured on video by a third White man who had followed Arbery’s assailants in “hot pursuit” of the Black man. 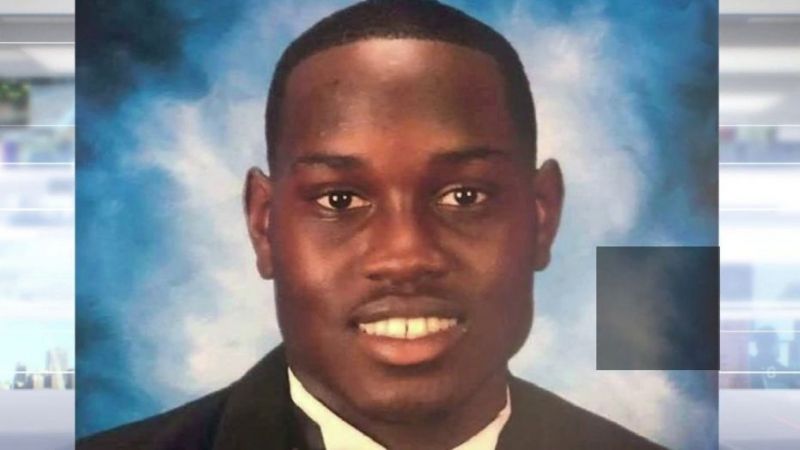 According to neighbors, family members, and friends, Arbery was known for years to be a regular jogger through the neighborhoods around the Brunswick, Georgia area. The Sunday he was killed, Arbery was jogging on the public streets of the Satilla Shores neighborhood where his assailants live.

The three men involved in Arbery’s killing are former police officer and district attorney investigator Gregory McMichael, his adult son Travis McMichael, and their neighbor William Bryan, who recorded the chase and shooting.

The elder McMichael found Arbery’s presence in his neighborhood suspicious. It is believed he made at least one of two 911 calls amid the deadly shooting. He told the dispatcher there was “a [B]lack male running down the street,” according to the New York Daily News. The dispatcher asked what the man was doing wrong, but never received an answer.

McMichael later told police he suspected Arbery of burglarizing the neighborhood. However, the Glynn County Police Department, where McMichael was once employed, said there were no reports of burglaries or break-ins in the neighborhood between January 1 and February 23, according to USA Today. However, local paper The Brunswick News reported that “an automobile burglary…was reported to county police in the Satilla Shores neighborhood” during that time. The alleged stolen item was a Smith & Wesson M&P 9 mm pistol on January 1 from a pickup truck outside Travis McMichael’s home.

Arbery was wearing a white shirt and grey shorts in the video that showed his final moments alive. He had no weapon when he was killed. The McMichaels were armed with .357 Magnum revolver and a shotgun when they mounted their truck to chase Avery, according to The Guardian, citing the police report.

In the video, the McMichaels’ truck gets ahead of Avery and blocks his path in the road. Avery turns to the right of the truck to go around it and reappears to the left of the vehicle with his hands on the barrel of Travis McMichaels’ shotgun. McMichaels, 34, told police that Arbery “attacked him as he stood in the road with a shotgun,” according to CNN.

The McMichaels claim they killed Arbery in self-defense while attempting to make a citizen’s arrest. The attorney for Arbery’s family say the former celebrated high school linebacker was a victim of racial profiling.

A new outside prosecutor was assigned to the case after two previous district attorneys recused themselves for conflicts of interest. One of those D.A.s, George Barnhill, argued that he didn’t see sufficient evidence of a crime on the video. In his argument, Barnhill suggests Arbery was the aggressor in the confrontation and was responsible for his own death.

In the wake of the video’s release, the currently assigned prosecutor, Tom Durden, requested that the Georgia Bureau of Investigations independently probe the incident. Durden said he would put the case before a grand jury. But, as widely reported, a grand jury wouldn’t be convened until perhaps mid-June, due to the state’s courts being shut down by the coronavirus emergency.

Arbery’s killing and the handling of his case has angered those who have become familiar with the case, and watched the brief video of what some call his lynching. In addition to demanding justice for Arbery and his family, observers have pointed to white privilege and racism as factors in the case. Similarities have also been drawn to Trayvon Martin’s February 26, 2012 killing by George Zimmerman.

Supporters have been called on to demand the removal of the district attorneys who failed to pursue charges against Arbery’s killer. Activists have also organized a “Run With Ahmaud” campaign to encourage a week of action to highlight the case.