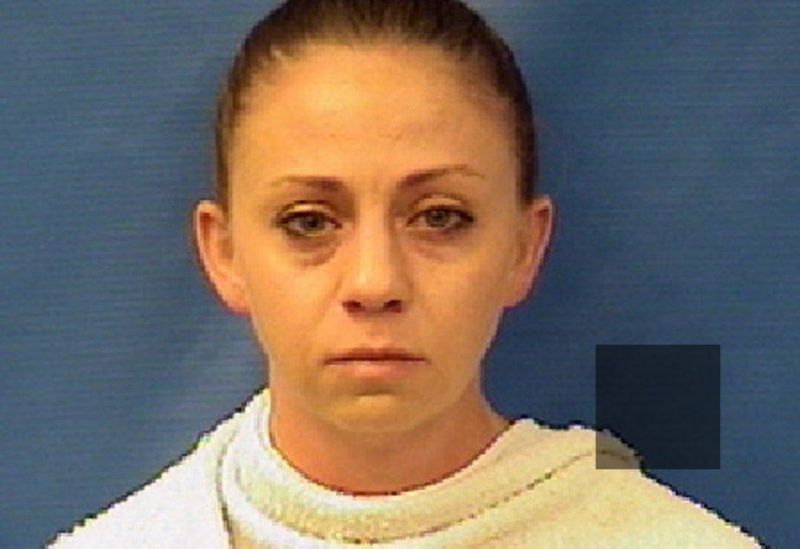 DALLAS — A Dallas County jury found former police officer Amber Guyger guilty of murder Tuesday morning in the shooting death of 26-year-old Botham Jean in his own apartment. Jurors began hearing testimony in the punishment phase of the trial Tuesday afternoon. Both the Jean and Guyger families will be allowed to testify.

Guyger was off-duty but still in uniform when she shot and killed Jean, an unarmed black man, after she said she mistook his apartment as her own and thought he was a burglar. Guyger, who is white, lived one floor directly below Jean.

Jean’s death — and Guyger’s subsequent trial — grabbed national attention and sparked a passionate conversation in Dallas about race, policing and gun violence. For many communities of color, it’s been hard since the shooting and during the trial to ignore the history of American law enforcement officers killing unarmed people of color without being prosecuted or convicted.

“I’ve been working in these types of shootings for years, and the reality is that the majority of these cases don’t see justice,” he said. “I’m being skeptically hopeful, but if I let history be the teacher, I shouldn’t.”

His tone changed after Tuesday’s verdict.

“I am partly surprised, and I’m happy as well that the people and Botham Jean’s family saw justice today,” Higgins said on his way to the Dallas County courthouse, where he joined other advocates. “I hope that same spirit of justice stays for the sentence.”

In Texas, a murder conviction can result in a sentence ranging from five years to life in prison.

While the shooting sparked national outrage, defense attorneys argued there is no evidence that suggests the shooting was racially motivated. Guyger’s defense team described the killing as a “series of horrible mistakes” driven by Guyger’s fear for her life, according to The Dallas Morning News.

Although state District Judge Tammy Kemp allowed jurors to consider what’s called the “Castle Doctrine,” a “stand your ground” type law, the prosecution said self-defense shouldn’t apply to Guyger since Jean, who was sitting on his couch eating a bowl of ice cream when Guyger arrived, was not a threat, according to WFAA-TV.

Guyger had other options besides killing Jean, and she acted unreasonably by failing to notice she wasn’t at her apartment, the prosecution argued during the trial, according to The Dallas Morning News.

Guyger said she was shocked once she realized she wasn’t in her apartment and had shot “an innocent man.” The prosecution questioned why she didn’t call for backup when she first heard movement inside the apartment. They also questioned how she didn’t notice the bright red doormat outside Jean’s apartment since her own apartment didn’t have a doormat, according to WFAA.

The prosecution added that Guyger seemed more focused on herself than Jean, pointing out that she didn’t properly administer CPR. Body-camera footage from when the first officers arrived on the scene showed Guyger was outside Jean’s apartment, and there was no blood found on Guyger’s uniform. Her uniform was collected after the shooting, according to WFAA.

During the 911 call, Guyger texted her police partner, Martin Rivera, twice: “I need you … hurru up” and “I [expletive] up,” according to WFAA.

Sara Mokuria, co-founder of Mothers Against Police Brutality, said testimony at the trial exposed systemic problems within the Dallas police department. During the trial, prosecutors argued that responding officers gave Guyger special treatment, The Dallas Morning News reported. Both Rivera and Guyger deleted their text messages to each other after the shooting, WFAA reported.

“The veil was lifted off what is happening in the city of Dallas PD, the broken practices,” Mokuria said. “We often don’t get to see what happens in the day to day. It was a moment of transparency.”

After the verdict was reached, Ben Crump, one of the attorneys for the Jean family, said in a statement, “Nothing will bring Botham back, but today his family has found some measure of justice. What happened on September 6, 2018, is clear to everyone: This officer saw a black man and shot, without reason and without justification.”

Another attorney for Jean’s family, Lee Merritt, immediately turned his focus to the punishment phase.

“We believe Botham’s life mattered, and we want to see a sentence that reflects that,” he said.

Guyger is the third Dallas-area police officer to be found guilty of murder in the last two years. Roy Oliver, a former Balch Springs officer, was convicted in the on-duty shooting of 15-year-old Jordan Edwards last August and was sentenced to 15 years in prison. Ken Johnson, a former officer in Farmers Branch, was given a 10-year sentence in January 2018 for the off-duty shooting of 16-year-old Jose Cruz. Johnson chased Cruz down and shot him after the teen broke into his vehicle. All three officers were indicted under Republican Dallas District Attorney Faith Johnson, a Gov. Greg Abbott appointee.

Dallas County Judge Clay Jenkins said in a statement that “no single court decision can remedy all that ails our society” and true justice is a result of “deliberate, systematic changes.” He added that while the Jean family will never be the same again, the verdict may bring some closure.

Correction: Due to an editing error, an earlier version of this story misattributed a quote from one of Jean’s attorneys.

Interview: Carlos Whittaker on Waging Warfare Against Our Spiders