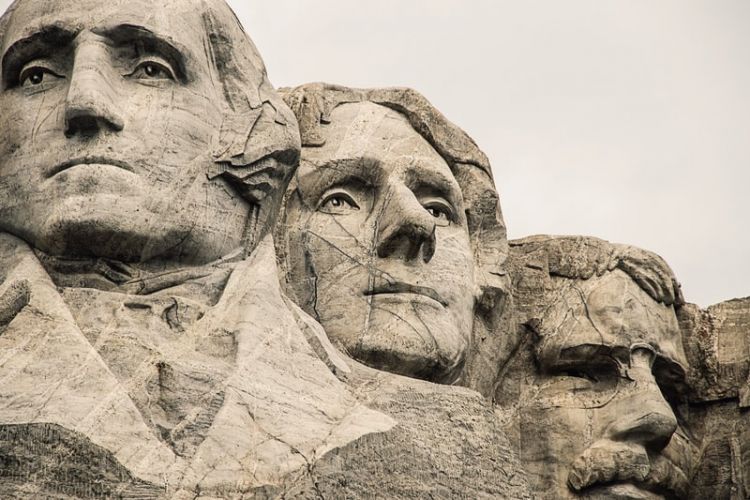 George Washington may have said it best, if not first: “Religious controversies are always more productive of acrimony and irreconcilable hatreds than those which spring from any other cause.” To prevent such controversies, Washington ordered Continental Army commanders “to protect and support the free exercise…and undisturbed enjoyment of…religious matters.”

But former attorney general Jefferson [“Jeff”] Beauregard Sessions, III, of Alabama, contends that Washington’s views were “directly contrary to the founding of our country.” And Vice-President Michael Richard Pence, a fervent church-goer who publicly proclaims his Christian beliefs whenever he can, insists the United States was “founded as a Christian nation.”

Pence and Sessions are but two prominent Americans in and out of politics today who continue refueling a centuries-old controversy over the role of religion in American life.

Washington’s friend, the widely heralded polemicist Thomas Paine tried ending the controversy. “I do not believe in…any church,” he declared. In a call to arms against what he called church-state tyranny in early America, he insisted that “every national church or religion accuses the others of unbelief; for my own part, I disbelieve them all.”

Both Benjamin Franklin and Thomas Jefferson agreed. President Jefferson denied that Jesus was “a member of the Godhead,” and Benjamin Franklin, a co-author of the Declaration of Independence with Jefferson, decried Christian church services for promoting church memberships instead of “trying to make us good citizens.” An outspoken Deist, Franklin criticized all religions for making “orthodoxy more regarded than virtue.” He insisted that man be judged “not for what we thought but what we did…that we did good to our fellow creatures.”

Most of America’s Founding Fathers echoed Franklin’s beliefs. America’s fourth President, James Madison was raised an Anglican and was a cousin of Virginia’s Episcopal bishop. But he was a fierce proponent of church-state separation and fathered the Bill of Rights, whose opening words outlawed government “establishment of religion” and any prohibition of “the free exercise thereof.” Both Congress and all the states agreed.

“It was the universal opinion of the [18th] century,” Madison wrote in 1819, “that civil government could not stand without the prop of a religious establishment and that the Christian religion itself would perish if not supported by a legal provision for its clergy.” But as President, Madison found that, “the devotion of the people have been manifestly increased by the total separation of church from the state.”

Even the devout, church-going Congregationalist John Adams, who had signed the Declaration of Independence, inked his presidential signature on the 1796 Treaty of Tripoli affirming to Americans and the world that “the United States is not, in any sense, a Christian nation.” The 23 members present in the U.S. Senate (out of 32) ratified the document unanimously.

That should have settled matters, but in the centuries since the founding, some Americans have persisted in claiming that the United States was founded as a Christian nation, ignoring– even scoffing at–the words of the Founders, the Constitution, and the Bill of Rights.

The sole grain of truth to claims of governmental ties to Christianity in early America lies in the different religions established in each of the independent British-North American provinces before the birth of the United States. Although individual states retained state-supported religions well into the 19gh century (four did so until after the Civil War), the ratification of the Constitution created an absolutely secular nation.

Indeed, each of the nation’s three founding documents—the Declaration of Independence, the Articles of Confederation, and the United States Constitution—carefully avoided all mention of Christianity or Christ. Article VI of the Constitution states as dramatically as possible, that “no religious test shall ever be required as a qualification to any office or public trust under the United States” –hardly the hallmark of a “Christian” nation.

To reaffirm America’s not becoming a Christian nation, Congress and all the states added the First Amendment to the Constitution in 1791, reiterating the nation’s areligious character by barring government establishment of any and all religion.

Only the Declaration of Independence even mentions God–in a single ambiguous reference in the opening paragraph to what Deists rather than practicing Christians called “Laws of Nature and Nature’s God.”

Like the founding documents, the collected letters, speeches, and papers of George Washington never invoked the name of Christ or Christianity and mentioned God only once, as he concluded his oath of office as first President of the United States and added, “So help me God.” Prior to that, he carefully omitted all references to God and Christ, appealing instead to “providence,” “destiny,” “heaven,” or “the author of our being” as sources of possible supernatural favor for himself and the nation

“Providence has directed my steps and shielded me.” young Colonel Washington affirmed after escaping death in a fierce encounter in the French and Indian War. And as President, he wrote carefully worded letters affirming the nation’s areligious status and its promise of religious freedom to leaders of twenty-two religious groups—and atheists!

In a reaffirmation of his deep opposition—and that of all the Founding Fathers–to state-sponsored religion, Washington wrote a personal letter to members of the Jewish synagogue in Newport, Rhode Island, in 1790, restating the United States Government commitment that “gives to bigotry no sanction, to persecution no assistance.”

Again, the nation’s first President avoided all mention of God or Christ.

Thomas Paine reinforced the thinking of Washington and America’s other Founders in his famed pamphlet Common Sense—the most widely read publication in the western world in the late 18th century after the Bible. Washington called Common Sense critical in convincing Americans of “the propriety of a separation [from Britain].”

A fervent patron of Deism, Paine called the “connection of church and state adulterous.” He said such a connection in Britain and British-America had been designed to enrich both institutions and keep mankind in their perpetual thrall by infecting men’s minds with the myth of divine right of kings and hereditary rule. “Why,” Paine demanded, “should someone rule over us simply because he is someone else’s child?” Calling the notion absurd, he added, “Mingling religion with politics [should be] disavowed and reprobated by every inhabitant of America.” The Founding Fathers agreed.

John Adams disliked Paine intensely, but nonetheless declared, “I know not whether any man in the world has had more influence on its inhabitants or its affairs for the last thirty years than Tom Paine. Call it then the Age of Paine.” He might have said, “The Age of Deism.”

Editor’s note: This article was originally published in 2019 by History News Network.

Harlow Giles Unger is author of 27 books, including a dozen biographies of the Founding Fathers, including “Thomas Paine and the Clarion Call for American Independence.”