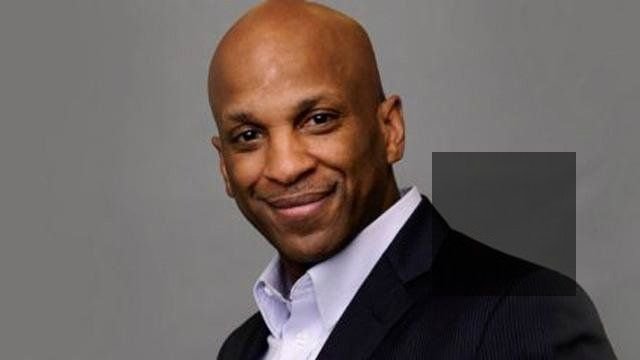 Gladys Knight, Ledisi, Mary Mary, and CeCe Winans (read our interview with her) were scheduled to join McClurkin in headlining the special gospel tribute to Franklin at the American Music Awards (AMAs), while Rickey Minor was to serve as musical director. The AMAs, hosted by actress Tracee Ellis Ross, airs live from Los Angeles on Tuesday, October 9 at 8 p.m. ET on ABC.

Franklin, who started singing at 12 in her father’s church, released “Amazing Grace” in 1972 after a string of pop, R&B, and soul hits. “Amazing Grace”, recorded live at a church over a period of two nights, proved so powerful it remains the highest-selling album of Franklin’s decades-long career—yet isn’t always appreciated by the secular masses. Franklin, who racked up numerous accolades, including six AMAs, was inducted into the GMA Gospel Music Hall of Fame in 2012. She died of advanced pancreatic cancer at the age of 76 on August 16, 2018.

In an interview with Faithfully Magazine conducted Oct. 8 via phone, McClurkin explains how Franklin “revolutionized gospel music” and recalls the time the queen of soul showed him respect as a professional artist. 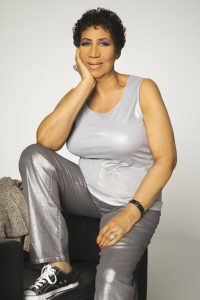 You’re participating live in what the AMAs describes as a tribute to Aretha Franklin’s gospel roots. How do you personally describe her gospel sound?

Aretha’s gospel sound is intrinsic in everything that she did. It is the backdrop of American music. What Aretha Franklin did is, she went to every aspect of musicality, every genre and she brought that gospel flavor. Her playing the piano, the notes, the riff, the whole approach, it was key to how she became this iconic figure for six decades. That gospel flair is what made Aretha, Aretha.

is the top-selling album of the six decades of her career. What makes “Amazing Grace” so powerful?

[bs-quote quote=”Every song that she put on that Amazing Grace project, she put Aretha on it. She changed the cadence of the songs, changed the harmonies of the songs, the whole nine yards, and that’s what changed gospel music.” style=”style-13″ align=”center” author_name=”Donnie McClurkin”][/bs-quote]

You’ve said that Franklin “revolutionized gospel music.” What do you mean by that? What was it like before, and what happened when she dropped “Amazing Grace?”

What happened was, she took some of the classic songs, “Precious Memories,” “How I Got Over”

from Mahalia Jackson, the whole nine. She took all of these songs, “Amazing Grace,” and put the 1960s, 70s urban feel to it. “I Got Over” from Mahalia Jackson, she turned that thing into a real R&B-feeling song and just changed the whole of it. Every song that she put on that “Amazing Grace” project, she put Aretha on it. She changed the cadence of the songs, changed the harmonies of the songs, the whole nine yards, and that’s what changed gospel music. That was right on the heel, that was three years on the heels of “Oh Happy Day,” and it made such an impact that it even overshadowed the “Oh Happy Day” project.

How did you meet Aretha Franklin? What kind of impression did she make on you?

I met Aretha in 1989, in Detroit. We were doing a play called “Don’t Get God Started,” and that’s with Vanessa Bell Armstrong, Marvin Winans, BeBe Winans, Chip Fields, Kim Fields, and at the end of the show everybody was milling around backstage. And they said, “Aretha’s here, Aretha’s here.” I happened to do the show that day as the understudy, so I took BeBe’s place. And she (Franklin) loved Vanessa Bell Armstrong. And Vanessa called me over and she (Franklin) was saying that she was giving a soiree barbecue in her backyard tomorrow, it was Memorial Day. And she said, “And bring this young man with you.” That was the beginning of knowing Aretha.

Then, from that point on, whenever we would see each other she would call me Rev. McClurkin. And then we would do the McDonald’s Gospelfest together for three years straight. And she would always go on before I did. One year, she took 45 minutes of my time, it was an hour and 45 minutes. And they were apologizing, “Oh, Donnie, we’re sorry!” Sorry for what? That’s Aretha Franklin! And she came after she finished, she said, “Rev. McClurkin, I want to apologize. I never do this.” Then, the next day she called me up and came to my dressing room—because we had two nights at Madison Square Garden—she came to my dressing room and said, “Rev. McClurkin, may I speak with you please.” I said, “Yes.” She said, “I need to speak with you in private.”

So I took her into a private room and she apologized again. She said, “I never do this. I am a professional and I respect professionals. I can’t sing about respect without giving respect.” And she said, “So what I’m going to do is after I sing, I’m going to sit and listen to you sing.” She sang an hour, she sang like old Aretha and then took a chair, sat it on the stage left, and watched me sing.

Two years later, my mother died. And Aretha and I were doing McDonald’s Gospelfest again. She puts a white rose on the piano. I’m sitting next to Cissy Houston, and Cissy says, “Donnie, why does she have that rose on the piano?” And I’m like, “I don’t know.” At the end, when we got backstage, she said, “Rev. McClurkin…” I went over to her and she said, “This is for your mother.” And I broke down crying. She said, “My mother died when I was 10, so I know the feeling. God will carry you through.” And she patted my face. Every time I would see her, she would grab me by my hand and say, “Rev. McClurkin…” That’s how we developed our relationship.

How did Franklin inspire your own music? Did she influence you in that way at all?

Yes, the way she sang. The way she…when she got older, she started placing her notes in her head tones. When my voice started to go badly, I started paying attention to how she formulated her words, where she placed her notes. After a vocal operation that I had, it allowed me to stretch my range by watching how she did it, and it really worked. It worked out very well.

What do you see as Franklin’s lasting legacy?

There is absolutely no denying that for 60 years, she was the backdrop of American music around the world. She sang blues, she sang gospel, she sang urban contemporary, she sung adult contemporary, pop. And then she stood on stage in 1998 and did something that blew us all away; she sung opera. She sang in the place of Pavarotti, learned the song a day before because Pavarotti got sick, and wowed everybody with the English as well as the Italian version of the song. Those things will be indelibly (unintelligible) that every generation that didn’t have the privilege to see her will absolutely, absolutely be impacted by. 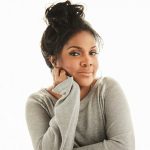 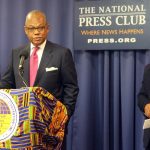