Christians cite the Bible to argue why the end of Roe v. Wade should be celebrated or lamented. But the text says nothing about abortion. 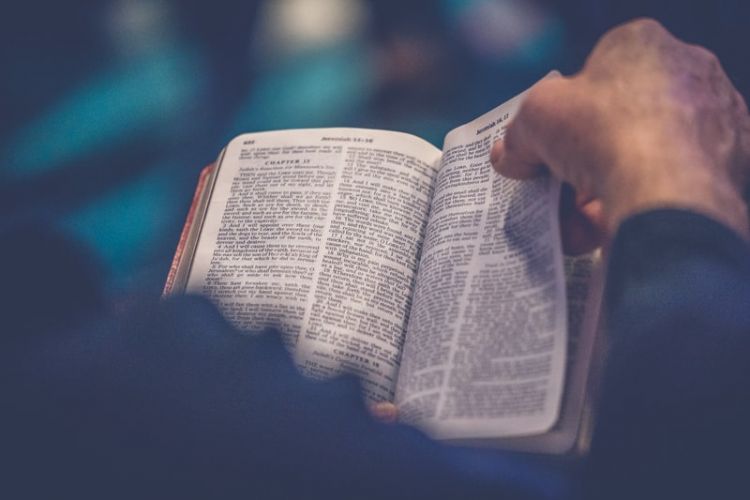 By Melanie A. Howard, The Conversation

In the days since the Supreme Court overturned Roe v. Wade, which had established the constitutional right to an abortion, some Christians have cited the Bible to argue why this decision should either be celebrated or lamented. But here’s the problem: This 2,000-year-old text says nothing about abortion.

As a university professor of biblical studies, I am familiar with faith-based arguments Christians use to back up views of abortion, whether for or against. Many people seem to assume the Bible discusses the topic head-on, which is not the case.

Abortions were known and practiced in biblical times, although the methods differed significantly from modern ones. The second-century Greek physician Soranus, for example, recommended fasting, bloodletting, vigorous jumping and carrying heavy loads as ways to end a pregnancy.

Soranus’ treatise on gynecology acknowledged different schools of thought on the topic. Some medical practitioners forbade the use of any abortive methods. Others permitted them, but not in cases in which they were intended to cover up an adulterous liaison or simply to preserve the mother’s good looks.

In other words, the Bible was written in a world in which abortion was practiced and viewed with nuance. Yet the Hebrew and Greek equivalents of the word “abortion” do not appear in either the Old or New Testament of the Bible. That is, the topic simply is not directly mentioned.

What the Bible says

The absence of an explicit reference to abortion, however, has not stopped its opponents or proponents from looking to the Bible for support of their positions.

Abortion opponents turn to several biblical texts that, taken together, seem to suggest that human life has value before birth. For example, the Bible opens by describing the creation of humans “in the image of God”: a way to explain the value of human life, presumably even before people are born. Likewise, the Bible describes several important figures, including the prophets Jeremiah and Isaiah and the Christian Apostle Paul, as having being called to their sacred tasks since their time in the womb. Psalm 139 asserts that God “knit me together in my mother’s womb.”

However, abortion opponents are not the only ones who can appeal to the Bible for support. Supporters can point to other biblical texts that would seem to count as evidence in their favor.

Exodus 21, for example, suggests that a pregnant woman’s life is more valuable than the fetus’s. This text describes a scenario in which men who are fighting strike a pregnant woman and cause her to miscarry. A monetary fine is imposed if the woman suffers no other harm beyond the miscarriage. However, if the woman suffers additional harm, the perpetrator’s punishment is to suffer reciprocal harm, up to life for life.

There are other biblical texts that seem to celebrate the choices that women make for their bodies, even in contexts in which such choices would have been socially shunned. The fifth chapter of the Gospel of Mark, for example, describes a woman with a gynecological ailment that has made her bleed continuously taking a great risk: She reaches out to touch Jesus’ cloak in hopes that it will heal her, even though the touch of a menstruating woman was believed to cause ritual contamination. However, Jesus commends her choice and praises her faith.

Similarly, in the Gospel of John, Jesus’ follower Mary seemingly wastes resources by pouring an entire container of costly ointment on his feet and using her own hair to wipe them – but he defends her decision to break the social taboo around touching an unrelated man so intimately.

In the response to the Supreme Court’s decision, Christians on both sides of the partisan divide have appealed to any number of texts to assert that their particular brand of politics is biblically backed. However, if they claim the Bible specifically condemns or approves of abortion, they are skewing the textual evidence to fit their position.

Of course, Christians can develop their own faith-based arguments about modern political issues, whether or not the Bible speaks directly to them. But it is important to recognize that although the Bible was written at a time when abortion was practiced, it never directly addresses the issue.