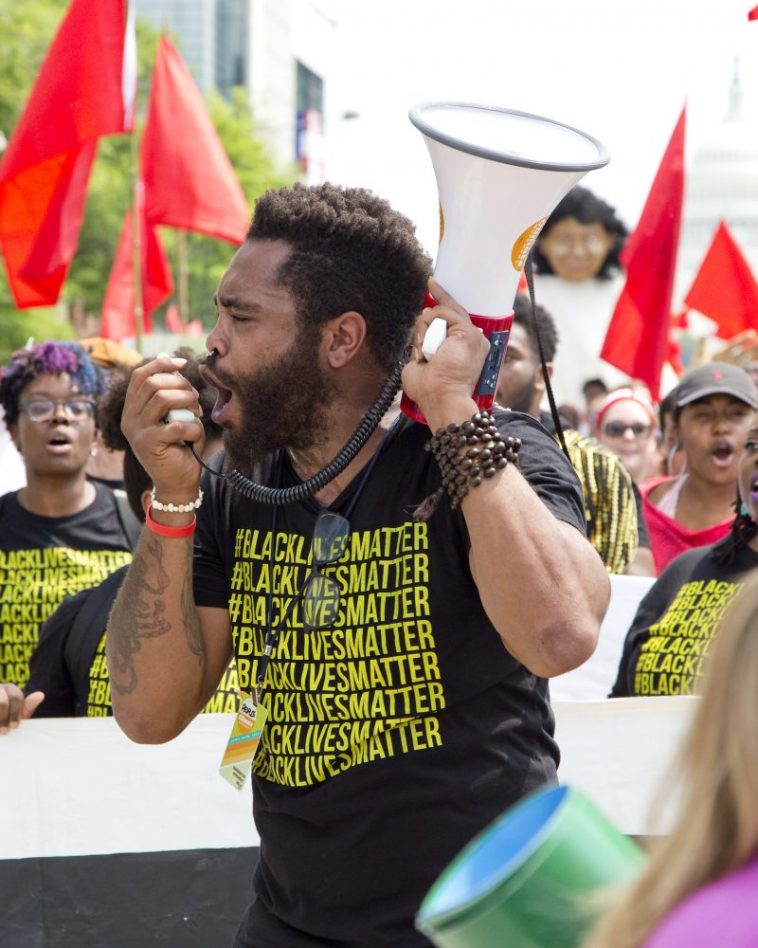 We are living in a very precarious moment as Black Christians. Some of us are seeing our claim that “we did not eliminate racial oppression in the 1960s” validated. Others are waking up to the realization that the parts of our ethnic family who are not guarded by the protection of middle-class privilege are not conspiracy theorists when they cry out about the injustices that they face. Furthermore, other Black Christians who have been swept up in the zeal of the “Racial Reconciliation movement” are realizing that the social quietism they have been pressured into “for the sake of unity” is harming their brothers and sisters who do not have the privilege of sitting silently by when some unknown person suffers; because that person is their next-door neighbor.

Much of American culture looks back in nostalgia to the Civil Rights Movement but from the safe distance of historical miseducation and current social unawareness. Many who celebrate the legacy of Dr. Martin Luther King Jr. would have been some of his most vehement critics if they were his contemporaries based on their hostility toward current activists. However, there are certain people who seek to draw from the Black Church tradition to learn how to respond to our current moment.

I want to address the Black Church and broader Black Christendom. In America we were introduced to a version of “christianity” that taught that only White people have the right to push for a better existence for themselves on earth. This religion is the syncretism of historic Christianity and white supremacy, with White “jesus” as its god. Consequently, we must examine the biblical text and ask ourselves how we need to respond with a theology distinct from the aforementioned heresy. I suggest that we as (Black) Christians are called to eschatological activism. The book of Revelation provides a paradigm for how Christians should engage the empire. I will explore the “witness” motif in the book of Revelation, and then reflect on the tension between our Gospel witness and the coming Kingdom of Christ. Finally, I will demonstrate how activism is part and parcel of our gospel witness.

The book of Revelation viewed through the lens of a Black Christian hermeneutic will give us a biblical basis to reflect on activism. Brian Blount, an African-American New Testament scholar, articulates in his book, Can I Get a Witness?: Reading Revelation Through Afri- can American Culture, why the witness motif in the book of Revelation can shed light on the legitimacy of our mission as eschatological activists. First, he decolonizes the definition of the transliterated term “martyr” by suggesting that the 21st century connotation of a passive recipient of violent persecution is not how the word was used in the 1st century (11). Contrarily, he suggests that the term martus is a legal term that refers to bearing witness before Roman courts of law (2). “It is a word of active engagement, not sacrificial passivity (3).” In other words, the term “witness/testify” (martyr) referred to a proclamation of a truth rather than a passive life to be extinguished (4). To further demonstrate the active nature of this term Blount points to Rev. 6:9, 12:11, and 20:4 to show that the emphasis is on the proclamation given by those who were killed, and that their killings were in response to the testimony they proclaimed.

The obvious question that must be raised is: what were these martyrs (witnesses) testifying to? Blount is helpful here as well, when he points to John’s witness described in 1:9 as the “testimony of Jesus (5).” He suggests that a contextual reading of the book, especially in 1:4-9, reveals that the testimony was the proclamation of the cosmic Lordship of Jesus (6). This proclamation is juxtaposed in the cultural context against the idea that Caesar is Lord. Furthermore, this active resistance to the Lordship of Caesar is something that John expects his readers to participate in as well. The “partner” language in 1:9 is an “invitation to imitation; John wants them to be as related by their behavior as they are bound by their faith. Significantly, the one behavior that he has highlighted thus far is the behavior of witness (7).” How does this work?

If the testimony of Jesus’ Lordship and Kingdom is an eschatological vision, how and in what way do we believers function in its establishment? Some who have an over-re- alized eschatology assume that full and complete liberation and deliverance will happen in this life. On the other hand, those with an under-realized eschatology act as if none of the liberating promises that Jesus gave his people will be seen in this life (except, of course, for the socially and/or economically privileged). However, some theologians articulate an eschatological vision summarized in the phrase “already, but not yet,” meaning the Kingdom has been inaugurated through Christ, but it will yet be consummated upon his return. The “first fruits” of this kingdom is seen in the regenerative work of the Spirit in the believer’s heart. In this way, Christ rules as Lord over the believer’s heart. Consequently, believers work synergistically with God (Phil. 2:12-13; Acts 8:26-40; Rom.10:14-15) to bring about His Kingdom reign in the hearts of men by the testimony of the gos- pel message when witnesses proclaim Jesus’ Lordship (8).

As noted above, believers are used by God to spread the message of the gospel, that Jesus is Lord and Savior. In so doing, the believer is actively participating in the establishment of God’s Kingdom in this world; namely in the believer’s heart. How is this distinct from the “by and by” theology that many of our non-Christian kinsmen critique us about? Well, it has consequences for the “now” in that when Christ reigns in a believer’s heart, the Spirit births a love of neighbor that will manifest itself in the way the believer deals with other humans. Further, it is this regenerated heart that submits to the authority of the Just God, that will cause the believer to seek to bring about justice in his/her political engagements. Preaching the gospel begins with calling sinners to repentance. This means that in a society that oppresses people for their skin color, proclaiming the gospel will be articulated in a way that calls oppressors to re- pent of their oppression. This proclamation is tempered with the realization of the believer that full liberation will only be seen when Jesus returns to destroy those who reject his rule and establish perfect justice and equality.

We have seen from a study of Biblical Theology focused on the book of Revelation that the word “witness” (martyr) is an active word. It is not passivity in the face of persecution or oppression. For this reason, the (Black) Church is not called to sit idly by while people suffer under the heel of white supremacy. Its calling is to proclaim the Lordship of Jesus Christ in America juxtaposed with the present cultural declaration that White ‘jesus’ is Lord.

Jimmy is pastor of Discipleship at Forest Baptist Church in Louisville, Kentucky. He has focused on ministering to African-American men who adhere to non-Christian Black religions for over 10 years. Jimmy has served the Jenkins Center for the Christian Understanding of Islam at Southern Baptist Theological Seminary as an intern and student associate.