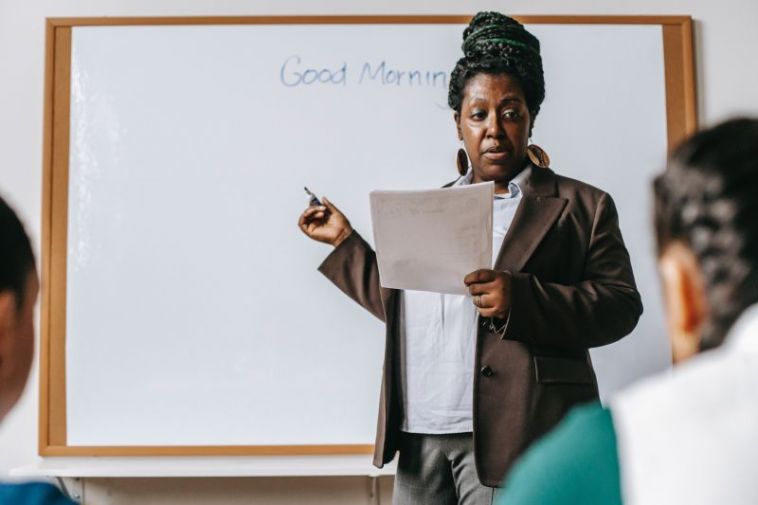 History teacher Valanna White filed into the auditorium the first week of August for the customary back-to-school all-staff meeting at Walker Valley high school in Cleveland, Tennessee. What she heard shifted her outlook for the coming school year. On 1 July, a new law took effect banning the teaching of critical race theory in Tennessee public schools. White listened intently as a school district official gave a vague overview informing the group that critical race theory was prohibited, though without fully explaining what critical race theory entails. Instead, teachers were told a list of actions – such as discussing racial discrimination – that were forbidden.

White left the meeting confused and frustrated. Tennessee’s academic standards for US history require high school teachers to cover topics including Jim Crow laws, Plessy v Ferguson – the 1896 supreme court case upholding the separate-but-equal doctrine – and the civil rights movement. “I can’t talk about the civil rights movement without talking about Bloody Sunday and the premise behind Bloody Sunday, the premise behind voter suppression,” she said, dreading the repercussions “for just teaching my standards.”

As the one Black teacher in a high school of 1,400 students, White felt alienated. Racial discrimination is not an abstract concept to her. Classroom conversations about race and institutional racism were already a delicate dance of carefully chosen words delivered by White to her school’s majority white student body. “No matter what I say, it’s constantly scrutinized or even misconstrued,” she said, adding that students often equate material on race as her opinion, as opposed to factual information. Now teaching a precise accounting of history was going to be not just tricky but professionally risky. “It’s all about interpretation, regardless if I’m presenting facts or not … if they perceive it wrong, I could get in trouble.”

In Tennessee, teachers are now required to avoid materials that state “an individual, by virtue of the individual’s race or sex, is inherently privileged, racist, sexist, or oppressive, whether consciously or subconsciously”. Among the repercussions for violating the new measure are Tennessee districts losing state funding and individual teachers having their licenses revoked or suspended.

Continue reading at The Guardian