Black Voters Deserve a Candidate Who Is Genuine on Justice, Mercy, and Equality

Black Voters Deserve a Candidate Who Is Genuine on Justice, Mercy, and Equality

Every night, I allow my two-and-a-half-year-old son to pick out a book to read before bed. I always groan when he selects The Giving Tree because I think it is one of the saddest children’s stories I’ve ever encountered. A young boy befriends a tree that provides all his needs without any reciprocation until the tree has nothing left to give.

I resonate with this story because it reminds me of presidential nominee Joe Biden’s recent comments regarding the Black community.

Like the young boy in The Giving Tree, Democratic presidential candidates make a habit of perpetually taking from the Black community, delivering little in return.

Mr. Biden stirred up controversy during a recent appearance on “The Breakfast Club” when he suggested, “If you have a problem figuring out whether you’re for me or Trump, then you ain’t Black.”

Biden’s freedom to question the racial credentials of Black people who choose not to support his candidacy seems bold for someone whose campaign was rescued by the Black community only two months ago.

It reeks of entitlement, essentialism, and elitism.

Since the 1960s, no group has supported Democratic presidential candidates like the Black community. Conservatives often express dismay at this relationship; yet, they have failed to offer the Black community a viable alternative. Click to Tweet

Mr. Biden faced swift criticism for the comment and has since apologized; yet, his comments highlight Democrats’ tendency to take the Black vote for granted. This tendency relies on a “lesser of two evils” calculus that assumes that the Democratic candidate will always be more appealing to the Black community than the Republican alternative.

On the surface, voting trends appear to support this assumption. Since the 1960s, no group has supported Democratic presidential candidates like the Black community. Conservatives often express dismay at this relationship; yet, they have failed to offer the Black community a viable alternative.

The modern GOP has been an utter disaster on race. From Nixon’s “Southern Strategy” to Reagan’s coded racial appeals to George W. Bush’s reluctance to engage Black civil rights organizations, the GOP consistently communicates apathy and even hostility to the Black community. President Trump’s persistent racist rhetoric only deepens these feelings among Black voters.

Democracies depend on political coalitions like one Biden assumes. During the Civil Rights Movement, Bayard Rustin, probably the most underappreciated civil rights activist due to homophobia, called on the Black community to embrace a progressive alliance with labor unions, liberals, and religious groups as its best hope to enhance its political power.

Biden’s statement reflects an attempt to capitalize on the coalition-building impulse of Black politics. However, he made a crucial error: he assumed not being Donald Trump provided enough rationale to warrant Black support in his efforts to woo a community that has endured the full force of white supremacy from Democrats and Republicans alike.

His [Biden] greatest threat, where Black America is concerned, lies not in our mass exodus, but in our collective complacency.

Historically, Democratic presidents promised much and delivered little to the Black community. I chuckled as I watched the debates of the DNC primary last summer with candidates calling for reparations in various forms for the descendants of slaves. Not for a second do I believe that any of them would push for reparations once in office. It’s not politically expedient in the U.S. to fight for justice for Black people. Too many powerful people have too much to lose if America’s most vulnerable citizens secure equality. Politicians attempt to mobilize us for our voting power, but they can’t be found once the election concludes.

Like his predecessors, Mr. Biden can expect to receive most of the Black vote in November. However, to defeat President Trump, he needs to reignite the Obama coalition from 2008 when Black people voted in higher percentages than their White counterparts for the first time in U.S. history. He needs people who feel disenfranchised by the system to believe in the promise of his candidacy. His greatest threat, where Black America is concerned, lies not in our mass exodus, but in our collective complacency. 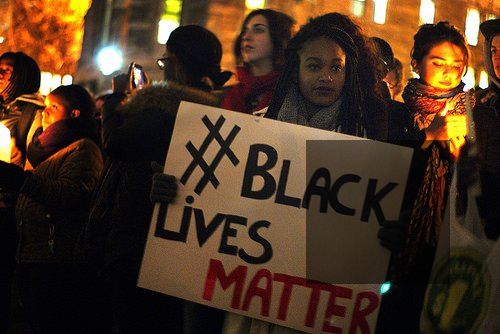 I’m reminded of W. E. B. Du Bois’s declaration, “I Won’t Vote,” in response to poor choices facing Black America in the 1956 election. Public intellectual Eddie Glaude, Jr. resurrected this argument in 2016, reminding the nation that it remains in our political arsenal.

Although Black America comprises only 12-15 percent of the U.S. population, it remains significant in a system decided by an electoral college. Gerrymandering, Russian disinformation campaigns, and Voter ID laws speak to the threat a mobilized Black vote poses to the status quo.

Mr. Biden should not expect anything if he fails to offer Black America a compelling platform and evidence that he will not disappear after election day. Black America remains one of the most religious segments of the U.S. population. Many of us adhere to a Christian tradition that affirms that the heart of the sovereign lies in the hand of the Lord. We have endured the presidencies of Richard Nixon, Ronald Reagan, and Donald Trump; we know how to survive with or without Mr. Biden in office.

As a Christian, I encourage Mr. Biden to develop a platform that demonstrates a deep and abiding love for the nation’s most vulnerable citizens because the God of the Bible hates the oppression of the poor and marginalized that the U.S. has normalized.

At the height of Obamamania in 2007, Cornel West offered a powerful rubric for assessing the desirability of a candidate to the Black community: “I don’t care if they [are] running for office or running down the street….my criteria is fundamental. I want to know how deep is your love for the people. What kind of courage have you manifested in the stances that you have? And what are you willing to sacrifice for?”

Black America faces a nation that criminalizes it for jogging, bird watching, and delivering packages. We live in fear of law enforcement officials who take excessive force to deadly extremes. We experience disparities in health, education, and economics that render the American Dream a cruel joke.

How will Mr. Biden’s candidacy speak to these realities? We know that presidents are not prophets, especially in a nation where caring for Black people remains unpopular; yet, I pray that Mr. Biden outlines a public policy platform built on the biblical principles of justice, mercy, and equality. I pray this he runs a campaign that reflects the value that God places on Black lives.

Until this happens, neither he nor any other candidate has any reason to assume our support.

Theon E. Hill serves as Associate Professor of Communication at Wheaton College where he teaches and researches on the intersections of race, faith, and politics.