Ruth Whitfield Was the Oldest Killed; Heyward Patterson Was Killed While Helping a Member of the Community 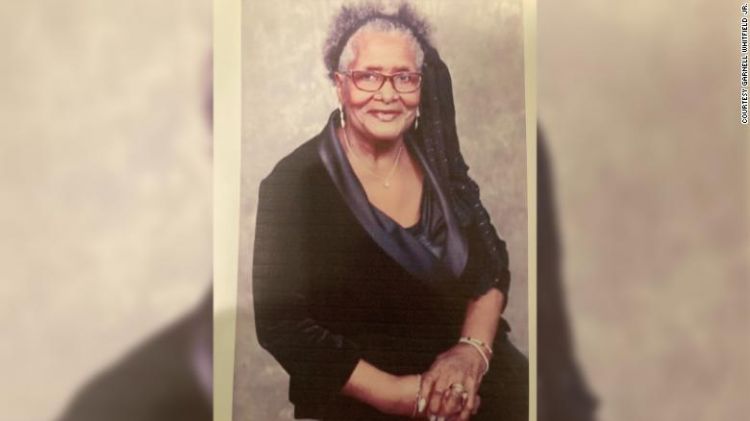 Among the 10 Black people murdered by an avowed white supremacist in a shooting rampage at Tops Friendly Market in East Buffalo on May 14 were a godly family matriarch and a devoted church deacon.

“She was a blessing to all of us. She loved God and taught us to do the same thing,” retired Buffalo Fire Commissioner Garnell Whitfield Jr. said of his late mother, Ruth Whitfield.

Whitfield’s children and grandchild, along with their legal representation, spoke to members of the media Monday at Durham Memorial A.M.E Zion Church in Buffalo.

Whitfield was “a mother to the motherless” and “a blessing to all of us,” according to her family. They remembered her as a devoted family woman who was committed to her Christian faith.

“She inspired me to be a man of God, and to do whatever I do the best I could do. I wouldn’t have been able to do it without her,” Whitfield Jr. said.

Ruth Whitfield, 86, was the shooter’s oldest victim. She had just finished visiting her husband of nearly seven decades at a nursing home before stopping at the Tops supermarket. According to her children, the devoted matriarch visited her husband everyday at the nursing home, where he has lived for the past 10 years.

As of Monday, Whitfield’s family had not yet told her widowed husband the tragic news of her murder.

“You expect us to keep doing this over and over again, forgive and forget,” said Garnell Whitfield, a former fire commissioner who lost his mother, Ruth Whitfield, in Saturday’s mass shooting in Buffalo. https://t.co/tv6JKjSXuT pic.twitter.com/6Ev0vaUlzq

Heyward Patterson, 67, was helping a shopper load groceries into his vehicle outside Tops when he was murdered by the gunman. He had given the person a ride to the market and was preparing to take them back home, according to his wife, Tirzah Patterson.

A devoted deacon at State Tabernacle Church of God in Christ, Patterson had just left the church’s soup kitchen before heading to the market.

He reportedly provided “an informal taxi service driving people home with their bags.” He was also known to help seniors get around town, according to a longtime family friend.

Patterson’s pastor, Russell Bell, said the late deacon would make himself available whenever it came to caring for the church.

He said Patterson was missed during Sunday service.

“It was quite a struggle, we had to get through it and our hearts are broken. Deacon Patterson was a man who loved people. He loved the community just as much as he loved the church,” Pastor Bell said.

The Pattersons reportedly had a pre-teen son, and Heyward had two grown daughters from another relationship.

His wife said her late husband’s favorite Scripture was, “The old life is gone; a new life has begun.” The verse is from 2 Corinthians 5:17, which references becoming a new person in Jesus Christ.

Mrs. Patterson said she was leaning on prayer as she prepared her murdered husband’s homegoing ceremony.

“Because I’m a Christian woman, I’ve been taught to pray. Hope gets us through,” she said.

Whitfield and Patterson were among the Black people targeted by 18-year-old Payton S. Gendron of Conklin, New York. Federal authorities described Gendron’s mass shooting at Tops Friendly Market on Saturday, May 14 as “a hate crime and an act of racially motivated violent extremism.”

Gendron published a racist and anti-Semitic screed online before carrying out his heinous act, which he livestreamed on Twitch. According to local Buffalo news station WIBV-TV:

The document … plotted the attack in grotesque detail. The writer plotted his actions down to the minute, included diagrams of his path through the store and said he specifically targeted the Tops Markets location on Jefferson Avenue because its zip code has the highest percentage of Black people close enough to where he lives.

Gendron, who reportedly also had the n-word written on his weapon, has been charged with multiple counts of murder in the first degree for fatally shooting 10 people. He also faces charges for three other people he wounded in the attack. He will face federal hate crime charges separately.

Numerous media outlets have listed the names and ages, and brief biographies, of those killed and wounded by the gunman. The following list and descriptions were compiled from CNN, which also provides biographical information on each person on its website.