A Case for Diversity in Christian Publishing

A Case for Diversity in Christian Publishing 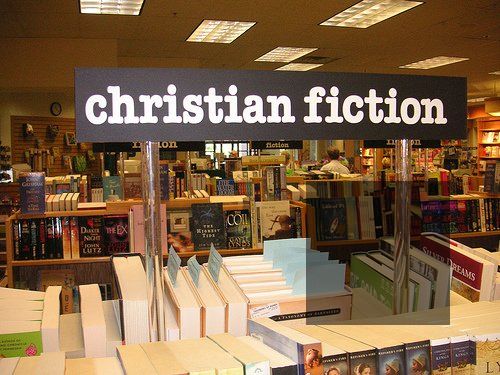 As we know, Christianity is not exclusive to any ethnicity but rather all-encompassing as God’s Word is meant for all. Yet, how is it conceivable that much of what is current in Christian fiction excludes this muted voice? To complicate matters, a shrinking publishing world has resulted in publishers highlighting a single narrative (one-size-fits-all) to represent an entire ethnic or racial group’s experience, even within the Christian publishing industry. In this video featuring novelist Chimamanda Ngozi Adichie, she warns that if we hear only a single story about another person or country, we risk a critical misunderstanding. Our desire as Christian writers in the 21st century should be to capture wonderful Christian stories by fully representing what God can do in the lives of those we have yet to read about fully. The Christian marketplace is not only isolating a huge demographic of readers and writers, but it’s pushing it away.

As a reader and writer, I’m constantly looking for sensible stories that represent the widest spectrum of believers which exists in the kingdom of God. I struggle to accept that Christian literature continues to typecast itself in the romance, the horror, the fantasy and sci-fi, the speculative, the historical from another era and the supernatural urban fantasy genres. Christian stories reduced to these thematic devices will experience defeat because there are Christian readers who have a hunger to read work that doesn’t blur the lines between light and darkness and for this reason, they avoid Christian fiction altogether. Let me bring to your attention a few comments on a Facebook thread which speak to the sentiments about Christian fiction:

Is it possible, then, that there are some Christian writers who don’t want to write a romance, or a period piece or a horror tale? (And by the way, why horror is even a genre in Christian literature, I cannot explain—it continues to be a topic of consternation that vexes my spirit time and time again). The answer is yes. Many Christian writers don’t want to dabble in the occult or write fantasy or magic or knock-offs of Harry Potter or the like, but would rather write something original and fresh, stories more representative of their experience, narratives the general market is indeed seeking—albeit with a watered-down spiritual message, unfortunately.

Ironically, some Christians with good stories in them may be better off in the general market. Not because their work is rife with the lust of the worldly culture (i.e.: horror, fantasy, sci-fi, speculative, supernatural urban fantasy and teen romance) but because they are rich in values-driven content from a fresh, emergent voice. These writers are developing stories with characters that aren’t swept away in romantic gusts of wind which enable escapism. There are works from writers who desire readers to be transformed by the modern-day story of what God can do in the lives of people who come from countries outside of the United States.

As an aspiring author whose overall publishing credits are featured in the general market, I’ve come to ask myself the following questions while at Christian writers’ conferences—which are pivotal events for emerging writers to pitch manuscripts and in some cases, acquire an agent:

To add insult to injury, not only are writers of color underrepresented in the Christian publishing marketplace, but the very nature of where Christian writers are likely to be discovered overlooks a significant caveat: the diverse representation of faculty at Christian writers’ conferences is found wanting.

I believe Christian writers’ conferences should seek faculty who encourage writers to write about what God is doing in the 21st-century experience. For instance, can we read about what God can do in the life story of a single mom in California who comes from another country and is turning the tide of her legacy in the U.S as a born-again believer? Are there stories like this anywhere?

The conversation about racial and ethnic diversity in the general market is abuzz. As an online publication reports about Comic-Con:

The struggle of entering a majority-white industry also takes a psychological toll on people of color because of the lack of cultural connections and the constant sensation of looking and feeling different. Since the leadership at the top tiers are mostly white men, the business decisions that trickle down can be non-inclusive. For instance, there are quotas imposed on how many books featuring mainly people of color can be promoted or picked up at a particular time.

These systemic quotas further isolate writers of color, and homogenize the publishing landscape. And this is in the general market! That considered, it behooves the general market to actively seek underrepresented writers—and indeed they are proving to have an appetite for diverse storytellers. Let me share a list of panel discussion topics from the renowned Association of Writers and Publishers, a general market organization:

However, for the Christian writer within the ever-burgeoning secular literary community is a consciousness that remains: to compromise the faith in that secular stratosphere is non-negotiable.

Editor’s note: A version of this essay appears on erortega.com.

Eréndira Ramirez-Ortega’s fiction appears in West Branch, The Puritan, Day One, The Cossack Review, The Black Warrior Review, Fourteen Hills and other publications. Eréndira’s poetry is featured in The Sunlight Press and Mothers Always Write. Her essays are featured in The Washington Post, Brain, Child Magazine, The Tishman Review, Cordella Magazine, Front Porch Commons: A Project of the [CLMP] and elsewhere. She has work forthcoming in The Mudroom blog and is writing a novel.

Eréndira Ramirez-Ortega’s work is featured in The Washington Post, Fathom Magazine, Brain, Child Magazine, The Huffington Post, Mothers Always Write, The Sunlight Press, Origins Journal, L'Éphémère Review, Faithfully Magazine, The Mudroom, Red Tricycle, The Tishman Review, Cordella Magazine, Stone Soup Magazine, The Review Review, and Front Porch Commons: A Project of the [CLMP]. Her fiction is published in West Branch, The Puritan, Day One, The Cossack Review, The Black Warrior Review, Fourteen Hills, and others. She is writing a novel.