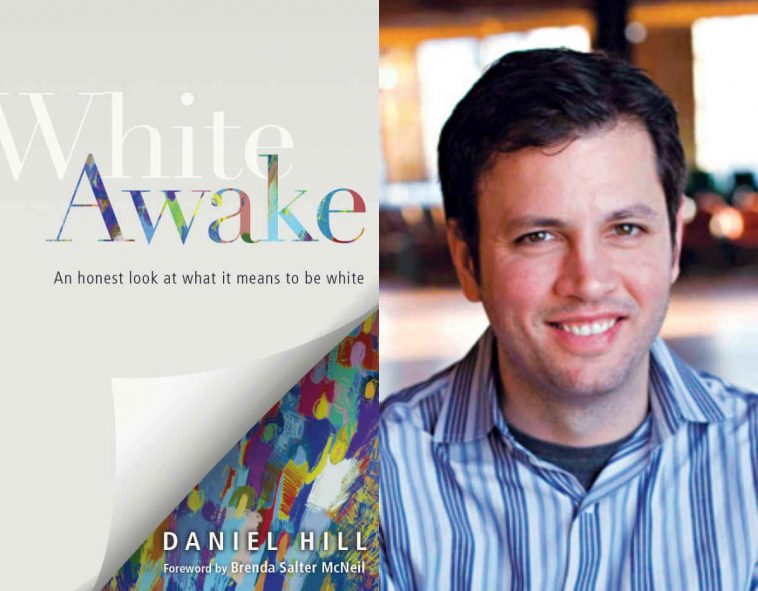 Daniel Hill, author of "White Awake: An Honest Look at What It Means to be White."
124
SHARES
ShareTweetPin It

Daniel Hill is the founding pastor of River City Community Church in the Humboldt Park neighborhood of Chicago, Illinois. Hill, who previously worked on staff at Willow Creek Community Church, has written a book about his journey of awakening to his White cultural identity. In the book, White Awake: An Honest Look at What It Means to Be White, Hill chronicles his missteps and wisdom gleaned in coming to terms with how whiteness has shaped how he views the world. Hill calls on other White Christians to embark on their own racial and cultural journey, pointing readers to the reconciling work and example of Christ. Hill offers a seven-point roadmap for the journey, which includes “encounter,” “denial,” “disorientation,” “shame,” “self-righteousness,” “awakening” and “active participation.”

It is pretty brave to put a book like this out there and you are taking a risk, as you very well know. There’s the possibility that you will be misunderstood. With that in mind, who did you envision as your audience when writing White Awake?

I only pictured it to be White people to be honest, but it has been interesting that a lot of the most positive feedback I’ve gotten has actually been from people of color who do a lot of work with talking to White people. (They) found it to be helpful just even in understanding kind of the psychology or mindset of how White folks tend to engage with race, especially in some of the earlier stages. I’m really happy about that, too. But definitely, at a broad level, (the book was written) to White folks…I’d probably say White Christians. I try to be as hospitable as I can in the language, so I’m hoping—in fact, I’ve already had a number of White folks who are not Christian read it. So I’m hoping … it will introduce them to some of the concepts around race and maybe even help them connect with the faith and even bear witness to Christ at some level. Even if they interact with it, I think it’s actually problematic when we approach these things without some kind of a— for Christians, I would say—a faith perspective, and when I’m talking about it with secular folks, it has to have kind of a moral imperative to it.

I don’t imagine people who are really (not open) to it are going to read it, though that would be great. I think it’s probably especially for those who are just beginning to recognize that there’s a much deeper thing happening, a much bigger reality happening that they’re not really aware of and they’re looking for some kind of a resource or guide to help them start making their way.

Why was it important for you to be careful with the words you choose, and to take the time to break down some of the terms you present in White Awake? I ask thinking of white fragility and how sometimes what is being said or communicated on the part of the speaker is not what’s received by the hearer.

I think my drive to be careful with words is more just like in the hopes that people will get it. I’m not really trying to go super-far out of my way to be over-comforting or anything like that for the reader. I think there’s a necessity for—I talk about this in one of the chapters—that there’s a necessity to be resilient in these kinds of things if somebody’s going to make any kind of genuine progress in their own kind of enlightenment. I’m expecting that of somebody, that they’re going to be open to developing that. My desire really is more just about I think that there’s just a lot of mythology or misunderstandings that kind of form for people where they get lost on this stuff, so my drive to be careful with words is more about trying to remove any of my own unnecessary personality traits or remove clutter that kind of gets in the way of the core thing. I’m just trying to help people get right to the core idea of this so they can try and make some genuine progress in their own journey.

As you’ve come to understand it and use it, how do you defines “whiteness?”

I don’t know how to talk about “whiteness” without breaking into a few subcategories. … One is the social construct of race; one is the ideology of white supremacy; one’s the narrative of racial difference; and then one’s that it plays out on a systemic level. For me to understand “whiteness,” I feel like (with) all four of those, there’s got to be a little bit of functional understanding.

Which of those four pieces do you think is most prevalent or visible?

My own personal journey has been greatly enhanced by the work of Bryan Stevenson, who’s the founder of the Equal Justice Initiative and professor at New York University School of Law and I just think a really brilliant thinker, being able to take some complicated ideas and synthesize them in such a way where it doesn’t lose the essence but it’s very approachable.

One of the key phrases that he built his whole intellectual model around is this phrase “the narrative of racial difference.” He invites his students or his listening body, whoever it is at the time, to kind of go back… He would show how the narrative of racial difference was just as important for some of the Native genocide as well, but he tied it especially to slavery. He says, “You know, there’s just this philosophical question that has to be asked: how is it that White Christians ever were able to justify owning human beings in the first place?” It would seem to go against every fiber of the human conscience. It seemed to go against everything that’s in the written Word. Like, how is it that White Christians ever got on board with Black slavery?

I think that there’s this narrative that says there’s a spectrum of race and that human value can be delineated based on where somebody falls, and we’ve made whiteness to be that which is the most superior; we’ve made blackness to be the most inferior. Where somebody falls on that, the narrative would suggest human value is tied to that. He says that’s the only way we’re able to justify slavery in the first place. Even though in 1865 we formally toppled that social institution, we didn’t topple or uproot the narrative that allowed for it. So that narrative is as alive and well now as it has ever been and is sort of the source code for some of the systems and structures that are being built now… Every single one of us, we’re all affected by that in ways that oftentimes are unexamined. That, to me, would be a huge part of when we’re talking about “what is whiteness.”

It’s a sometimes very overt affiliation with that narrative, (and) many times subversive where we’re not even aware of it. It’s an assumption, that narrative that whiteness is that which is most valuable and which should be most esteemed and we should aspire to live in a White neighborhood and be educated at White institutions and have access to things that whiteness represents. I think it’s a disease that infects us all (in) varying ways. That narrative of racial difference would be one of the primary ways I would come to understand what the system of whiteness is.