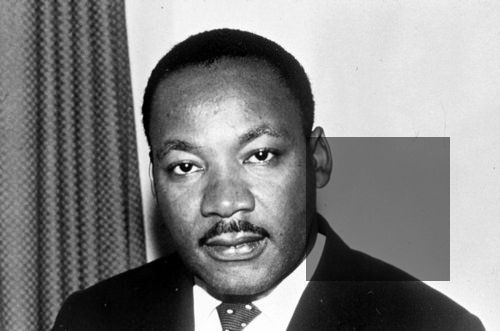 “MLK50: Gospel Reflections from the Mountaintop,” a conservative Christian conference marking the 50th anniversary of the Rev. Martin Luther King, Jr.’s assassination, will be an opportunity for participants to reflect on the state of racial unity in the church.

The MLK50 conference, hosted by The Gospel Coalition and the Ethics and Religious Liberty Commission of the Southern Baptist Convention, will take place April 4, 2018, in Memphis, Tennessee.

Russell Moore, president of the Ethics and Religious Liberty Commission, described the MLK50 conference as an occasion to show how the gospel can bring unity and healing, even reconciling “the sons of slaveholders with the sons of slaves.”

“It is a gospel that reclaims the dignity of humanity and the lordship of God. It is this gospel that Dr. King appealed to, and it is this gospel that belongs to the church as much right now as it ever has. My eager prayer for this event is that it will bring a word of gospel hope, repentance and unity to many brothers and sisters in Christ,” Moore said in a press release.

The “MLK50: Gospel Reflections from the Mountaintop” conference was scheduled to take place at the Memphis Cook Convention Center, located just a short distance from the Lorraine Motel where King was assassinated April 4, 1968, by James Earl Ray. King’s family has long alleged that the U.S. government was responsible for the civil rights leader’s abrupt demise.

King, a Nobel Peace Prize recipient, had been in Memphis to show solidarity with the Sanitation Workers Strike. He noted the workers’ demand for economic justice in his famous “I’ve Been to the Mountaintop” speech at Mason Temple (of the Church of God in Christ), delivered the night before he died.

Before his murder, King preached, marched, and pressured presidents to end racial segregation and affirm the legal rights of African Americans. He, and other activists in the Civil Rights Movement, took on income inequality, education disparities, voting rights, fair housing, and a myriad of other issues directly impacting Black and other disenfranchised communities.

The MLK50 conference, however, appears that it will focus more on reflection. The Baptist Press reports that MLK50 “will focus on the status and pursuit of racial unity in the American church and culture.”

Faithfully Magazine did not contact MLK50 organizers to confirm if the conference will, in light of King’s legacy as an activist, also call for or take action on issues still plaguing Americans—such as police brutality, gun violence, mass incarceration, or income and education disparities.

King, ordained at 19 at Ebenezer Baptist Church in Atlanta, Georgia, framed his persistence for civil rights for Americans, specifically historically oppressed African Americans, in distinctly Christian terms. King’s biblical calls for justice and equity were fervently opposed by some fellow Christians, including White clergymen in the South.

However, King, supported by the Progressive National Baptist Convention, did find an audience in some conservative White Christian spaces. For example, staff members at the Southern Seminary in Louisville, Kentucky, invited King to give a chapel address on April 19, 1961.

King spoke on “The Church on the Frontier of Racial Tension” during his remarks at the seminary and  called on his Christian audience to remember their duty to oppose and address the lies of white supremacy.

Ironically, Southern Seminary (now Southern Baptist Theological Seminary) is the oldest seminary of the Southern Baptist Convention, a denomination created in 1845 specifically to protect slave-holding missionaries. The denomination acknowledged, apologized for and repented of its racist roots and practices in a 1995 resolution.

Photo by State Library and Archives of Florida 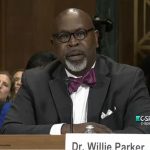