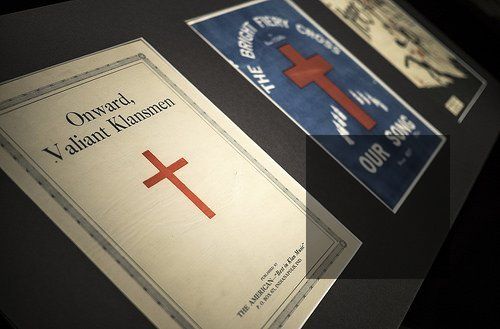 GotQuestions.org is a popular website that publishes numerous articles meant to clarify various aspects of Christianity, including the KKK’s affiliation with the religion.

“Got Questions Ministries seeks to glorify the Lord Jesus Christ by providing biblical, applicable, and timely answers to spiritually related questions through an internet presence,” the website states.

One question the website attempts to answer with “careful nuance” concerns the supposed Christianity of the KKK. Since the KKK is no longer “still involved in lynching, bombing, and blatant white supremacy” it’s not such an easy question to answer, the article states.

“Since most modern KKK groups disavow these things, the answer has to be more carefully nuanced,” the website states — without actually providing the names of any KKK organization that actually disavows “blatant white supremacy.”

Oddly, the article states several inaccurate details about The Knights Party and presents the Klan movement as “almost Christian.” The hate group is led by Thomas Robb, an ordained Baptist minister, and is thoroughly white supremacist. However, the GotQuestions.org article claims it is otherwise.

GotQuestions.org, founded by S. Michael Houdmann, states that it is “a ministry of dedicated and trained servants.” The “Christian, Protestant, conservative, evangelical, fundamental, and non-denominational” ministry takes on a myriad questions about Christianity “in a biblically based manner.”

“You can be assured that your question will be answered by a trained and dedicated Christian who loves the Lord and desires to assist you in your walk with Him,” the website adds.

This article is not an attack on GotQuestions.org. We only seek to highlight the troubling aspects of this one, albeit very vital article.

Is The KKK a Christian Organization?

The GotQuestions.org article attempting to answer if the KKK is a Christian organization states: “The issue of the KKK (Ku Klux Klan) and Christianity is somewhat complicated by the fact that the KKK has changed and evolved over the years.”

It explains that “the original Klan” was formed during Reconstruction, after the Civil War, and that Southerners blamed Yankees and former slaves for “taking what they felt to be rightfully theirs.”

The GotQuestions.org article adds: “They organized to try to prevent the decline of their culture.”

Although the article fails to do so, it is important to acknowledge that this “culture” evolved around a slave-based economy and white supremacist ideology.

Video: History on the KKK

When the KKK appeared again during World War I, the article explains: “The Klan was reborn as an organization of intimidation—trying to scare off black workers so that white workers could have the jobs. The intimidation often took the form of violence, including lynchings.”

It is unusual to simply refer to the organized, systematic violence leveled against African Americans as simply “intimidation” as opposed to “terrorism.” Klan members did not target Blacks simply to scare them, but to keep them in a chronic state of crippling fear and oppression — simply because they were Black.

The article fails to acknowledge here that White terrorism of Blacks was solely based on the perception of race, and the sinful demonic ideology of white supremacy. That would be helpful to note in an article attempting to examine the Christ-likeness of a hate organization.

However, the GotQuestions.org article goes on to state that the KKK we have today, which came after the Civil Rights-era Klan movement, is more like “a political party.”

“If the KKK were still involved in lynching, bombing, and blatant white supremacy, it would be easier to answer questions about whether the KKK is a Christian organization. Since most modern KKK groups disavow these things, the answer has to be more carefully nuanced.” – GotQuestions.org article

Most disturbingly, the GotQuestions.org article attempts to “nuance” the answer about The Knight’s Party, a racist, white supremacist organization that claims to be Christian. Not only does the article explain that The Knight’s Party “clearly promotes some themes that would seem to be in line with evangelical Christianity,” but it also names some of the wonderful activities that occur during the hate group’s annual Faith and Freedom Conference.

“The Knights Party website also states that they want to extend the blessings of Christianity to all, regardless of color or race,” the GotQuestions.org article adds. It also notes that the KKK group “is pro-life, supports traditional marriage, and promotes home schooling.”

“If there is anything that comes through loud and clear from today’s Ku Klux Klan groups, it is that they are fighting for the rights of ‘their people—white people'” — the article adds, of course, that focusing “on one’s own rights to the neglect or exclusion of the rights of others is inherently unchristian.”

Here is one curious paragraph about The Knights Party:

“The group states that they do not hate other races or religions but emphasizes that the United States was founded as a white Christian (Protestant) nation. They want to restore the foundation that is, in their eyes, being eroded by the increase in the non-white, non-Christian population. Unlike the KKK groups of the past, they disavow hatred and violence. They also disavow white supremacy. They feel that all people and all races in the U.S. will benefit by a return to the foundation—however, they make it clear that the foundation should include a majority white population firmly in control of all aspects of government, society, and culture.”

It is unclear why the author attempts to pussyfoot around The Knights Party’s beliefs.

If you visit The Knights Party’s website and click on the FAQs page or any number of its articles, you can learn that the organization believes things such as:

The Knights Party is a cult, specifically a Christian cult that promotes racism. No nuance needed.

Ironically, in another article attempting to answer how Christians should view Black Lives Matter, that particular author states bluntly: Racism is evil. The author also states that Christians “should fight against all true forms of racism that still exist in society.”

The GotQuestions.org’s “Is the KKK a Christian organization” article is utterly silent on the racist and anti-Semitic nature of the Klan, fails to condemn racism and does not even use the term “racism” or “racist” one single time. How is that possible in an article about the nature of the Klu Klux Klan?

In an article about the Nation of Islam, that mystery author writes that the organization “holds to many dangerous ideologies about human value and race relations that are unacceptable to a Christian understanding of humanity.” Also: “The Bible teaches that all human life is valuable and therefore racism in all forms is deplorable.”

Why did the author attempting to explain the claimed Christianity of the Klu Klux Klan have such a difficult time explaining its racist ideology? 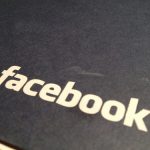