Beyond Tokenism: How Christian Publishers Can Make This Our Movement

I admit to being skeptical about our sincerity toward wanting to build and sustain diversity in publishing and specifically in Christian publishing. Had it not been for George Floyd’s precious, God-breathed air pressed out of his lungs in front of our eyes for seven pleading minutes and 46 suffocating seconds, the urgency in our conversations and efforts over the last few months since his death might have been nonexistent.

But because of the horror we witnessed, here we are.

In the weeks since Floyd was killed, significant things have happened in relation to diversity and inclusion. Publisher’s Weekly reported a 245-330 percent jump in sales on discrimination or political science civil rights titles.

During the week of June 14–20, the top 10 slots on the New York Times nonfiction best-seller list were occupied by titles on antiracism, including Christian Trade Association (formerly Christian Booksellers Association) titles: The Color of Compromise by Jemar Tisby, I’m Still Here by Austin Channing Brown, and Be the Bridge by Latasha Morrison.

Between @LatashaMorrison and @austinchanning being on the NYT Bestseller List, @JemarTisby in the Top 50 on Amazon, and @esaumccaulley’s publication date moving up to speak to the times, my heart is FULL. In spite of all we’re facing, still WINNING ✊🏾

Following suit, several books by authors of color made it to the Evangelical Christian Publishers Association best-sellers list: Relationship Goals by Michael Todd (a New York Times best-seller as well), The Good Life by Derwin Gray, The Tony Evans Bible Commentary, Fervent by Priscilla Shirer, All Along You Were Blooming by Morgan Harper Nichols, God’s Very Good Idea by Trillia Newbell, and Colorfull by Dorena Williamson.

There have also been some significant appointments of people of color to gatekeeping and decision-maker positions. To name a few…

Publishers, bloggers, and other media entities began earnestly featuring lists of books by authors of color across genres and categories. Podcasters, conference hosts, and other influencers scrambled to find a melanated voice to amplify.

How heartened are we by this reactive energy? Is this a chance to pat ourselves on the back? Or, should we ask ourselves why it took such a gruesome act for us, as a publishing community, to be motivated to conversation and action.

On any other regular day, before May 25, what would those from Black and Brown communities say showed them that Christian publishers “stand with all our colleagues, authors, readers, and partners who experience racism and oppression?” Would the same number of reading lists and diverse casts of podcast guests and conference speakers be found before May 25?

As the heart-wrenching images of Floyd’s death replaying in our minds become less frequent, conversations will return to their previous water-cooler, coffee-break vibe and the excitement around Black and Brown voices will wane. Feelings of rejection and invisibility some Christian publishing professionals of color and BIPOC writers feel will begin to resurface (many are looking on skeptically as it is). And colorless lenses will be wiped clean—unless we seize this moment and milk it for every ounce it is worth.

I’ve heard it said so often: “Christians should be leading the way in this.” With what we have—the knowledge, evidence, and this conviction-filled moment—as a publishing community, why don’t we lead?

This doesn’t have to be a moment we come back to in another four years only to see ourselves in the same place. Let’s take this moment and make it a movement for lasting change where we can fully be better together.

Going back through the notes of our many conversations, here’s what we know it will take.

This is basic sociology: to bring lasting change in building greater equity and equality, power ratios must shift. To successfully publish more authors of color, more gatekeepers and decision-makers of color need to be in the room. The majority of our publishers have to be bold enough to make some of the same moves Simon & Schuster, Penguin Random House, and Thomas Nelson made in the last few weeks.

It is more than just sitting a Black or Brown face at a table; it is inviting the whole person in and welcoming them to make contributions that make a difference. Click to Tweet

How many Christian publishers have VPs, publishers, or editorial directors of color leading their imprints, marketing departments, and sales teams?

Even if you have one, you’re not off the hook. Keep reading.

How many Christian publishers have a corporate culture that would then keep these professionals of color in place? A culture that is generous toward their learning curve, eager to hear from them and implement their plans, and invested in their professional development and success?

It is more than just sitting a Black or Brown face at a table; it is inviting the whole person in and welcoming them to make contributions that make a difference. I like the way Verna Myers says it: “Diversity is being invited to the party. Inclusion is being asked to dance.”

We need to want BIPOC leaders in publishing at the table, in the meetings sharing power, authentically free to bring their whole selves in without pretense, consequence, or an unspoken expectation of assimilation.

Being accustomed to a certain balance of power, those who’ve historically held those positions may feel the sacrifice here. Understanding what a shift like this could feel like, I’m led to question if we are all really on board with genuinely building and sustaining diversity in Christian publishing.

If you were to assess us based on our previous history, what would you say our commitment to diversity is? 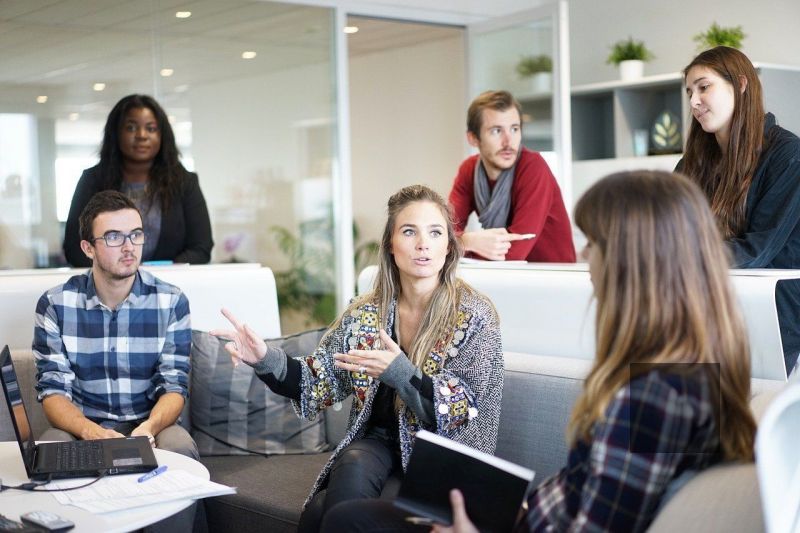 Back in 2015/2016 when the issue of diversity in publishing began to intensify, around the time when our eyes witnessed another string of very public deaths of Black men and women, Lee and Low Books stepped up to move the conversation measurably forward and invested in the Diversity Baseline Survey. Since then, the publishing industry at large has been able to track its efforts toward diversification.

Christian publishing ought to do the same if we do indeed stand behind our need to recast our corner of the industry in an image reflecting the Body of Christ.

Currently, we don’t have concrete data to hold ourselves accountable to. An assessment would inquire:

In building and reflecting more of the equity and justice present in the Kingdom of God, we need hard data to help us answer these questions and reduce the disparities.

How can we continue to discuss this without knowing the numbers?

At some point many of us learned the value of setting SMART goals for our individual growth. The similar principle applies for our collective growth. We need to know our starting point, so that we can then set benchmarks, identify the challenges and opportunities, and assess our progress.

From Mesopotamian cuneiform and Egyptian hieroglyphics on temple walls and papyrus to Sanskrit in South/Southeast Asian palm-leaf manuscripts and the ancient paleo-Hebrew alphabet of the Dead Sea Scrolls; from the Aztec codices to Modernism and the Harlem Renaissance to today’s rise of minority-owned independent publishing enterprises, clubs, and conferences, people of color have been writing, publishing, printing, and distributing the literary essence of their complex and storied lives to eager audiences. And they will continue to do so whether Christian publishers publish them or not.

Content creators of color will find work whether Christian publishers hire them or not. During a previous ECPA webcast focusing on diversity, Skot Welch, CEO and founder of Global Bridgebuilders, pointed out that other industries know that some of the best talent in the world is found on HBCUs (historically Black colleges and universities). They camp out on those campuses and snatch potential Christian publishing professionals of color up that we think are in short supply.

Why should people of color trust Christian publishing with their manuscripts and their careers if Christian publishers have collectively demonstrated that they are generally unwanted as themselves? Click to Tweet

Audiences of color will still locate and buy books with messages, themes, stories, and characters that reflect their lived experiences and spiritual, emotional, and physical location in the world whether Christian publishers market and promote them or not. Please note: These are not often the same as the books that White Christian publishers think BIPOC audiences will connect with as the publishing decisions are not often made by diverse teams who carry nuanced cultural awareness. There are often many misses and wrong assumptions here.

Why should people of color trust Christian publishing with their manuscripts and their careers if Christian publishers have collectively demonstrated that they are generally unwanted as themselves? If there is an unspoken expectation of assimilation and uniformity?

White can’t be the only right, the standard, and the default if diversity and inclusion are the goals. There needs to be a radical adjustment of what we think is the standard story. The cannon must be revised. The norm of predominantly White characters in White stories needs to be upended.

The centuries’ old hurts, rejections, and violations of trust must be repented of and healed if diversity and inclusion are the goals. This is as much a work of our collective heart as it is of our collective action.

But if we don’t, Black and Brown people will still publish and find ways to work their passions as we always have, and Christian publishing will keep missing out, coming to the same place of, “Why are we not leading in this area?”

What did it cost Jesus to make room for you?

The good news is that, because of what he paid, we don’t have to pay quite that much to see a representation of the culture of heaven in the work we do as publishers. But we may have to sacrifice the pride of being the final say when at long last it’s not up to us, the pride of avoidance due to not wanting to fail, the pride of comfort because it’s too hard, and the pride of financial surety because of the adjustments in payroll, publishing, and marketing budgets it will take to truly make it all work.

We may have to sacrifice the pride of feeling like we’ve done enough in the past few months to last us a while, when Black men and women are still being othered so much that, when even handcuffed, police still say they fear for their lives.

Our love for and the ability to see God’s fully expressed image in another’s Brown or Black body and personhood should be what motivates changes in hiring practices or decisions of what voices to amplify—not horror and trauma.

Editor’s note: A version of this article was originally published by the ECPA’s E-Link newsletter.