Christian Universities Are on the Rise in Africa

Christian Universities Are on the Rise in Africa 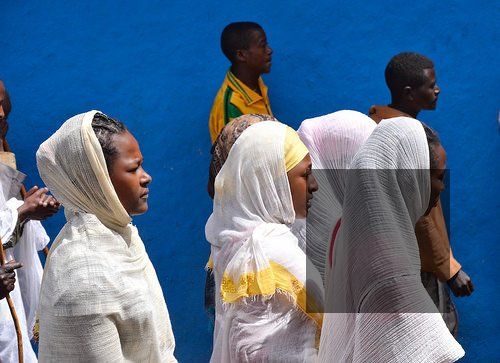 The last two decades have seen a brisk growth in Christian universities in sub-Saharan Africa. This phenomenon exists at the intersection of two of the most dynamic social trends on the continent: the rapid rise of Christian adherence and the volatile growth of higher education.

A century ago, there were only nine million Christians living in Africa. Most were in Egypt’s and Ethiopia’s ancient churches. By 1950, this number had tripled, to about 30 million. Today, out of a population of around 1.2 billion, there are an estimated 582 million African Christians — Orthodox, Catholic, Protestant, Pentecostal and belonging to independent churches.

This rapid growth has been far from smooth. Steep increases in demand coupled with cuts in state higher education funding left a gap that has been filled by the private sector, and increasingly by Churches. State and church are now educational partners, but there are some tensions inherent in this relationship.

To compound these problems, the growth of secondary education drove a relentless demand for tertiary enrolments.

Even with increases in funding, African higher education budgets lagged behind enrolment gains. Thousands of African academics were so discouraged by the educational crisis that they left to find work elsewhere.

In 2001, the World Bank reemphasised the universities’ role in national development. After years of neglect, western foreign aid programs re-targeted higher education and private funders returned. The Partnership for Higher Education, for instance, which engaged eight American foundations with universities in nine African countries, invested around USD$440 million between 2000 and 2010.

Christian higher education has played a salient role in this rapid private growth. Nigeria has chartered 61 private institutions since 1999. Of these, 31 are Christian. In Kenya, there are 18 chartered private universities and 13 more with interim authority. Of all these, 17 are Christian.

Sub-Saharan Africa is one of the hot spots of Christian higher education growth worldwide, a trend that can be observed across the continent.

In a broad sense, the Christian university movement is driven by the massive demand for access to higher education and the liberalization of government chartering–both global trends.

But the religious scene in Africa provides its own drivers of this movement. The building of universities in Africa is part of a larger effort by church leaders –Protestant, Catholic and Pentecostal – to institutionalize, and thus conserve, the huge gains in Christian adherence.

Christian groups in Africa often look first to sponsor primary and secondary schooling, but they also move quickly to train clergy. In 1950, there were only perhaps 70 or 80 pastoral education programmes or theological schools across Africa, but a recent survey found 1,468 of them.

Christian universities announce Christian purposes and perspectives for learning non-religious subjects and they structure campus life to reflect Christian norms. Many of them have strict codes of personal conduct for students. Yet most welcome qualified students regardless of faith.

Tensions between state and church mandates

These new Christian universities are very dynamic places, and their leaders express high hopes that they will help their nations flourish. But one of the main themes of higher education history has been secularization.

It is too soon to predict the trajectory of the African wing of the worldwide Christian university movement, but one cannot miss its growing presence and emerging challenges.