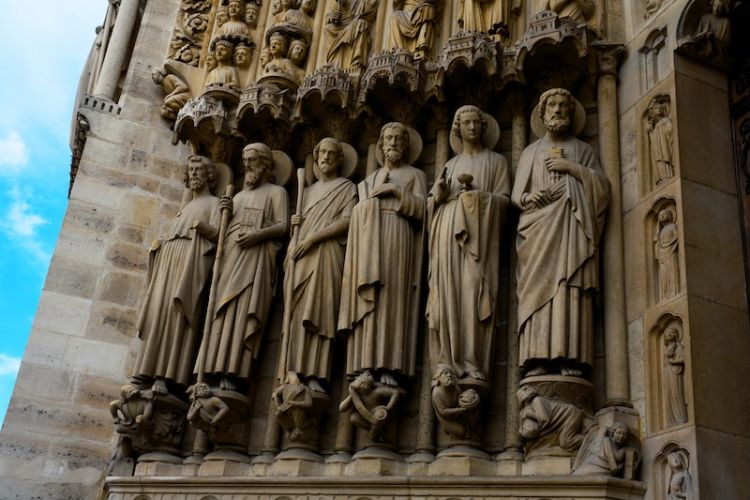 Nearly 60 years ago, in October 1962, Pope John XXIII convened the Second Vatican Council. For the 21st time in the Catholic Church’s history, the pope gathered bishops from around the world – several thousand of them – to address matters of church doctrine and practice.

Today, Vatican II is remembered as a landmark council that has shaped Catholic life in modern times. Leaders agreed to reforms, such as greater use of local languages in the Mass, to reinvigorate the church’s mission in a changing world.

In the council’s official documents, however, the bishops frequently cite spiritual guides who died more than 1,000 years before: the fathers of the church.

The spiritual and theological authority of the fathers is recognized not only by Catholics, but also by other Christians, including Eastern Orthodox and Protestant communities. Not all agree on the same list of church fathers, yet Christian leaders have been deeply influenced by the fathers’ teachings, from medieval theologians and Protestant reformers to Pope Francis today.

And while there are no women among the “fathers,” the “desert mothers” – influential religious women from the same era – have also left their mark.

As a scholar of early Christianity, I am often asked about the origins of the concept of a church father.

In Christianity, the honorary title “father” comes from Greco-Roman and biblical ideas about the father as the head of the family. The Roman “pater familias” was responsible for the welfare, education and leadership of the family. He was also considered a priest or religious representative of the household.

In the Bible, the first-century Apostle Paul speaks of himself as a spiritual father to other Christians. The apostles and bishops of the church were treated as believers’ “fathers” insofar as they were responsible for preaching, teaching and leading worship.

Early Christians started using the title “father” for bishops, but by the fifth century, it was also applied to some priests and deacons.

Over time, theologians began to refer to a specific group of “church fathers” to support their positions amid debate – starting in the fourth century, with the Greek bishops Eusebius, who wrote a history of the Christian church’s first three centuries, and Basil of Caesarea, who lived in what is now Turkey. St. Augustine – the Catholic bishop in Roman North Africa who became famous for his “Confessions” – frequently cited the fathers’ teachings to support his arguments during controversies with theological opponents.

The fathers’ position in the church was refined in the fifth century by a Gallic monk named Vincent of Lérins. Not all ancient Christian writers had equal authority, he wrote, but the views of the true fathers could be trusted because their teachings were consistent, as if they formed a council of masters “all receiving, holding and handing on the same doctrine.”

By the modern era, four traits were used as criteria to distinguish fathers of the church: 1) orthodox or right theological teachings on essential points, in accord with the church’s public doctrine; 2) the holiness of their life; 3) the church’s recognition of them and their teaching; and 4) antiquity, meaning they lived during the early Christian era that ended around the seventh or eighth century.

The title is distinct from the later honorific “doctor of the church,” for spiritual teachers who have made significant contributions to Christian doctrine in any period of history, although some theologians hold both titles.

Unlike the fathers of the church, who are all male, four women are included among the doctors: Teresa of Ávila, a mystic famous for ecstatic visions; Catherine of Siena, who persuaded Pope Gregory XI to return the papacy to Rome from Avignon; Thérèse of Lisieux, known for her “little way” of holiness by small acts of love; and Hildegard of Bingen, a medieval German nun, scientist and composer.

Modern scholarship has also drawn attention to the important influence of women on the church during the age of the fathers.

For example, the fourth-century fathers Basil and Gregory of Nyssa, who were brothers, considered their older sister, Macrina the Younger, to be the greatest theologian among them. Gregory composed a treatise in her honor, “The Life of Macrina,” which depicts her as a true philosopher. A “consecrated virgin” who pledged her life to the church instead of marriage and family, Macrina led a women’s religious community and was renowned for her holiness, teaching and miraculous healings.

Her paternal grandmother, Macrina the Elder, was also a great teacher and leader who suffered persecution for being a Christian in the late third century. She was responsible for passing on the teachings of important theologians, such as Origen of Alexandria and “Gregory the Miracle-Worker.”

In addition, women exercised leadership in the growing movement known as monasticism. During the first five centuries of Christianity, many women fled from urban cities to the desert to commit themselves to lives of prayer, fasting and virtue. Known as the “desert mothers,” they were sought after for their wisdom.

Their words or sayings were collected and preserved for centuries. For example, Amma Theodora, a spiritual mother of a community of women near Alexandria in Egypt, was famous for saying that only humility, not ascetical practices such as fasting, could overcome the temptations of the devil. Likewise, “The Life of Mary of Egypt” was written about a humble, penitent woman who lived in the desert for 47 years. She was considered a model of humility, and her story was often told during Lent, a period when many Christians perform penitential practices.

Today, church leaders continue to rely upon the fathers’ teachings as authoritative sources of wisdom. Pope Francis, for instance, often refers to Vincent of Lérins to explain how Christian doctrine develops over time, like a seed taking root and growing into a tree.

History has shown that Christians frequently disagree on matters of doctrine, and they always will. In those moments, future leaders may look to the fathers as sure-footed spiritual guides.