Cicely Tyson: God Will Take Me When I’ve Completed My Job; Iconic Star Pondered Death in New Book ‘Just As I Am’

Cicely Tyson: God Will Take Me When I’ve Completed My Job; Iconic Star Pondered Death in New Book ‘Just As I Am’ 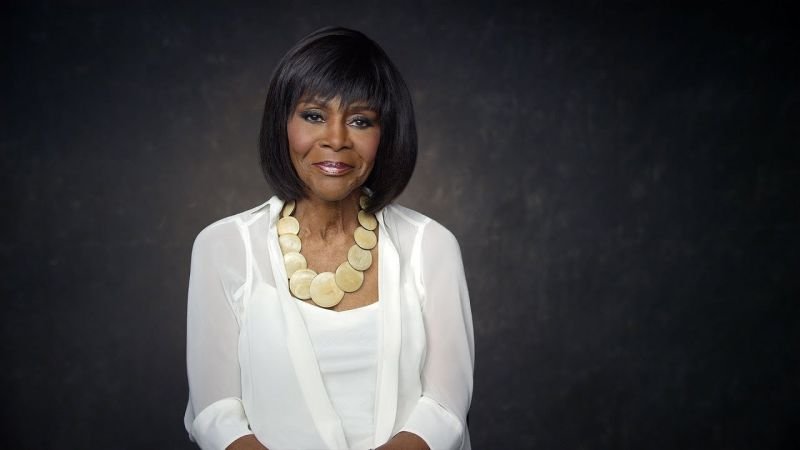 Cicely Tyson, the iconic actress who opened doors for Black actors in Hollywood and on Broadway, has died at 96, it was reported Thursday, January 28.

Tyson, a believer, titled her book (written with story architect Michelle Burford), Just As I Am, after the Christian hymn she held close as her testimony over the years.

“Just As I Am is my truth. It is me, plain and unvarnished, with the glitter and garland set aside. In these pages, I am indeed Cicely, the actress who has been blessed to grace the stage and screen for six decades,” Tyson writes in the description of her book.

“Yet I am also the church girl who once rarely spoke a word. I am the teenager who sought solace in the verses of the old hymn for which this book is named. I am a daughter and mother, a sister, and a friend. I am an observer of human nature and the dreamer of audacious dreams. I am a woman who has hurt as immeasurably as I have loved, a child of God divinely guided by His hand. And here in my ninth decade, I am a woman who, at long last, has something meaningful to say.”

In Just As I Am, the pioneering star of screen and stage, reveals that church was the “cornerstone” of her childhood, and the place where she learned to overcome her shyness. Tyson, a child of West Indian parents, called it a “blessing” to have been raised in the Baptist and Episcopalian traditions.

“My mother was determined that our foundation be spiritual, just as hers had been,” she writes in Just As I Am.

In the final chapters of her book, Tyson ponders how she managed to outlive her parents and two siblings.


“I never expected to live as long as I have. Up in heaven, my mother must be laughing and shaking her head, in between watching reruns of ‘Guiding Light.’ Of her three young’uns, I was the one who wasn’t supposed to make it. I was the child who came here with a bald head and murmuring heart, the scrawny babe she and my father hovered over. Yet, here I am, perched on the doorway of one hundred years, the last remaining member of the Tyson five,” Tyson writes.

Tyson, whose cause of death had not be revealed in initial reports, also pondered her eventual death, writing:

“I don’t know when my day is coming. None of us does. Which is why, as soon as my lids slide open each morning, I say thank you. Thank you, Father, for the gift of another day. Thank you for just one more breath. Thank you for the sacred opportunity to live this life.”

“The way I see it, God isn’t finished with me. And when I’ve completed my job, he’ll take me. Until then, I’ve got plenty to do,” Tyson writes.

The award-winning star concluded her book with a message to Black women, saying in part:

“I want to go home knowing that I loved generously, even if imperfectly. I want to feel as if I embodied our humanity so fully that it made us laugh and weep, that it reminded us of our shared frailties. I want to be recalled as one who squared my shoulders in the service of Black women, as one who made us walk taller and envision greater for ourselves. I want to know that I did the very best that I could with what God gave me — just as I am.”

Although Tyson initially started her career as a model, she went on to star in popular productions such as “The Autobiography of Miss Jane Pittman,” “The Women of Brewster’s Place,” and “Roots.” She had roles in more than 100 TV, movie, and stage projects.

“Throughout her career Tyson refused to play drug addicts, prostitutes or maids, roles she thought demeaning to Black women. But when a good part came along she grabbed hold of it with tenacity,” Variety magazine writes.

Tyson, twice married (including to jazz legend Miles Davis) and twice divorced, leaves behind a daughter — who she had as a high school senior and refers to with the pseudonym “Joan” in her book, Just As I Am.