White Christians, Here’s What a Black Christian Wants You to Do

White Christians, Here’s What a Black Christian Wants You to Do

Another Black man has been unjustly killed by police—and I can’t help but wonder why some of us seem so content to simply watch, rinse and repeat this tragic cycle. The responses to these violent acts upon Black bodies at the hands of police officers always sound the same, particularly when coming from White Christians who continue to show they are stumbling to grasp the ongoing realities of race and racism in America.

We then mourn, express outrage, and maybe say a prayer or two or even donate money. Then, we go about our lives until it’s time to gather again around the next dead Black body broadcast on our screens.

I don’t mean to neglect other ethnic minority groups, such as Native Americans, who remain robbed and neglected to this day, and Latinx, Asian American, and other communities. But the issue at hand today is the persecution of Black bodies in a society whose majority regularly reiterate how little they value its non-White members.

We’re not talking about individual acts of racial prejudice, which carry very real repercussions (see Amy Cooper and Tom Austin, as recent examples). What we are talking about (if you’re still with me) is the routine that we’ve become accustomed to. This sacred ceremony that begins with the unjust taking of a life that results in us being shocked and appalled. We then mourn, express outrage, and maybe say a prayer or two or even donate money to the victim’s family. Then, we go about our lives until it’s time to gather again around the next dead Black body broadcast on our screens.

I wouldn’t be surprised if some of you reading this letter have not gotten much farther than expressions of contrition over the deaths of Ahmaud Arbery, Breonna Taylor, Botham Shem Jean, Tamir Rice, and Philando Castile—the latter of whom was executed in his car by a police officer four years ago.

Now, I’m not saying expressions of remorse and sorrow aren’t welcomed. What I am saying is, if you’re still asking the same questions (who should I follow, what books should I read, what documentaries should I watch, etc.), then your words ring empty.

“If a brother or sister is poorly clothed and lacks daily food, and one of you says to them, ‘Go in peace, keep warm and eat well,’ but you do not give them what the body needs, what good is it? (James 2:15-16)”

What have you been doing to personally challenge the narratives in your mind and in the minds of those whom you count as “your people” (family, friends, and others upon whom you have direct influence)?

This isn’t a dismissive guilt trip aiming to paint “White people as racists.” We are all biased, and likely guilty of being motivated at some point in our lives by ethnic, racial, or gender stereotypes. The thing is, however, what has consistently been happening to Black bodies in this country since before the invention of law enforcement (when it took the form of slave patrols) is systemic. You see the disproportionate numbers in policing when it comes to Black victims, who are more likely to be stopped, frisked, and handcuffed and roughed up. And, no, Black police officers are not exempt from contributing to those numbers (read Jennifer Eberhardt’s Biased: Uncovering the Hidden Prejudice That Shapes What We See, Think, and Do).

If you don’t start doing the work to understand how this nation, through its institutions and laws, continues to discount Black lives, then you are complicit. Click to Tweet 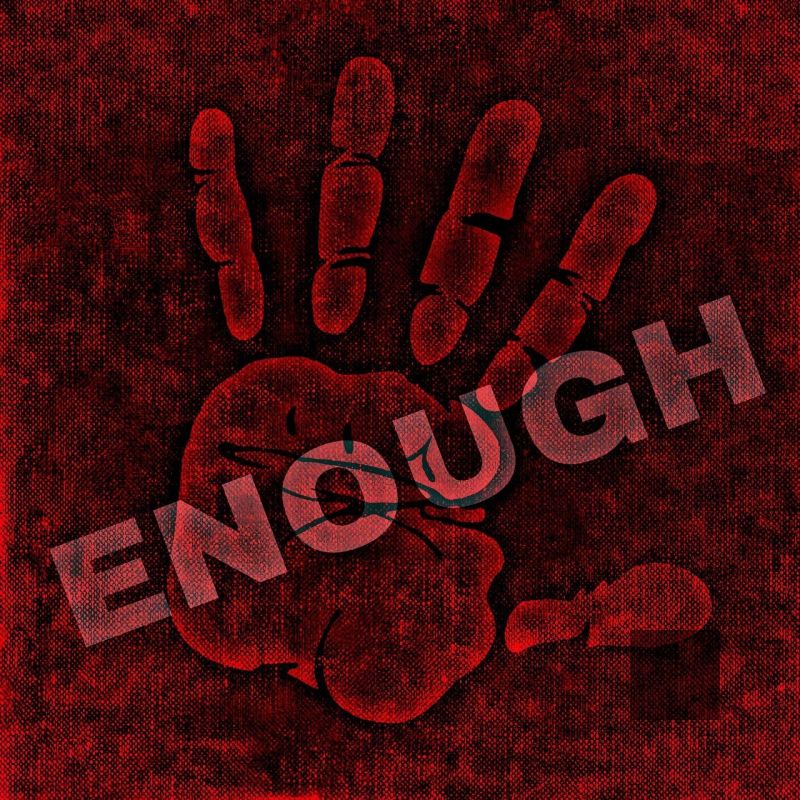 Why is it important for you, a non-Black believer, to understand the very real fact that the United States of America was baptized in blood (genocide and chattel slavery)? Because if you don’t start doing the work to understand how this nation, through its institutions and laws, continues to discount Black lives, then you are complicit—just like the White American Christians in the 17th, 18th, 19th, and 20th centuries who thought the enslavement, terrorizing, disenfranchisement, and segregation of Blacks was “unfortunate” but didn’t lift a finger to help change things and, after lamenting, went on to enjoy their privileges. If you condemn their inaction and indifference, and yet you do the same, aren’t you just as guilty? You watched “Harriet,” scowled at the “evil” characters, and assured yourself that that wouldn’t haven’t been you.

“You build tombs for the prophets and decorate the graves of the righteous. And you say, ‘If we had lived in the days of our ancestors, we would not have taken part with them in shedding the blood of the prophets.’ So you testify against yourselves that you are the descendants of those who murdered the prophets. Go ahead, then, and complete what your ancestors started! (Matthew 23:29-32)”

If you don’t choose to be different, to do differently, and to think differently from the complacent White Americans who came before you, then it’s quite likely it will also be your children’s legacy—expressing confusion and remaining immobile about why we all can’t just get along. Yet a key aspect of Christianity is discipleship/mentoring—walking side-by-side with less experienced believers to model a life that pleases God, as Jesus did with the 12 disciples. You are obligated, therefore, to ensure that at least your children know God’s mind on the sins of injustice and partiality.

I, like many others, saw photos of the protests in Minneapolis in response to the police killing of George Floyd on social media. I was struck by one particular set of photos on Twitter that showed a vast number of White people in the streets, holding signs, and demanding “Justice for George.”

The most “liked” response to the images: “Glad to see a lot of [W]hite people there. We own racism and we must tear it down.”

That is not a guilt trip; that is truth. White people, avowed Christians among them (e.g., Samuel George Morton, Josiah Nott, and George Gliddon), are the architects of the concepts of “race,” “racial hierarchies,” and “white supremacy” and have nurtured their sinful and ugly consequences by twisting God’s truth about humankind. If the ideology of white supremacy is not godly, as evidenced by its “fruit,” then it must have another source (1 Timothy 4:1-5) and must be “torn down.” This is a Christian’s duty.

No one is necessarily demanding that you put your body in the street. What Black people have been asking—what I am asking, is that you:

“White America needs to understand that it is poisoned to its soul by racism and the understanding needs to be carefully documented and consequently more difficult to reject.”- the Rev. Dr. Martin Luther King, Jr.

Here are some resources you may find helpful: