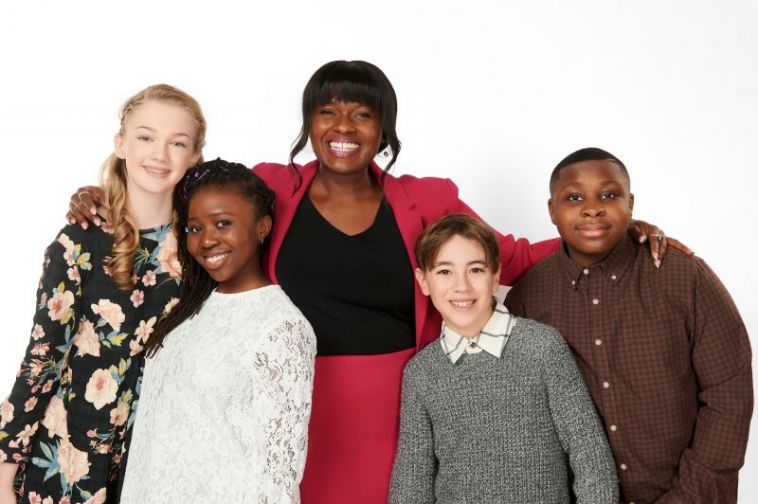 Actor and singer Deborah Joy Winans is no stranger to the spotlight. As part of one of gospel music’s most beloved families, Winans understands the power of the gospel in song and onscreen. In her role in the new Lifetime movie “Color of Love,” she plays Monica Henderson, a widow who fights to adopt two White children despite opposition from family, friends, and the foster care system.

Henderson confronts racism and discrimination, similar to Winans’ real-life encounters. In this exclusive interview, she reveals how acting (not singing) became her true love; how racism in the foster care system affects Black children; how she deals with race in her everyday life; and how she finds joy — which happens to be her middle name— when she needs it most.

This interview has been edited for brevity and clarity.

Deborah Joy, thank you for giving Faithfully Magazine this interview.

Thank you for having me.

You were right the first time. Deborah is my first name. I have two middle names: Joy and Imani. I just go by Deborah Joy because there are so many Deborahs in my family that I get confused with: mostly with my auntie Debbie, my dad’s baby sister, who is from the group Angie and Debbie. People always assume that I’m that Debbie. And so I’ve always had to go by Deborah Joy so that they understand which one I am.

Thank you for clarifying. In another interview you said that God’s dream for us is bigger than our own dreams. When did you know that acting — and now acting plus singing — was God’s dream for you? Was there a particular moment?

There wasn’t a particular moment. If there was, it was when I was a little girl. I have always been enthralled with the screen. My parents used to take us — my brothers and I — to the movies every weekend; we would do double features. We were so excited. I mean, we watched everything, probably a lot of things we shouldn’t have watched as kids, but my parents enjoyed their time with us. They took us everywhere.

For me, sitting in the movie theater and looking at the screen, I just knew that that’s what I wanted. It was something that was deep down inside, something I could not avoid. When you’re that young, you don’t recognize that your passions and your dreams are what God has put inside of you. When I was applying to Wayne State to go to undergrad, I told my parents I was going to major in theater. And they were like, “What are you talking about?” Because I hadn’t done anything [acting related].

They were like, “Well, why don’t you minor in theater? And maybe major in something else like journalism. You speak very well, Joy, and you write well. Maybe you should be an anchor.” When they came to see my first show in undergrad, I did “Hospice” by Pearl Cleage, a two-woman show. And when the curtain came down and I came out at the end, my parents were done. They were like, “You were absolutely right. This is what you do. Go full steam ahead. You have our support.”

I don’t think it was until that third season of “Greenleaf,” and I got the episode where they wrote in Patti LaBelle singing a song with me. I was like, Oh my God, This scene is crazy. This is not even in my wildest dreams. I remember emailing Oprah, and I said, “I don’t even understand how this can be. I’m pinching myself.” And she said, “God dreams bigger dreams than you can even dream for yourself.” And when she said that, I said, “Oh yes, He does!”

Let’s talk about your new Lifetime movie, “Color of Love.” How did you land this role?

The film was written by Tamara Bass, a Black female director. She was absolutely incredible. When God makes a connection, you just know it. She and I just became fast friends [when Bass directed Winans in the TV One film “Don’t Waste Your Pretty”], and she asked me, “What else do you want to do? Because I’m trying to make it my business to create projects that you want to do because I really enjoy your work.” And I said, “Well, you know, got to do a Lifetime movie!” And I said that in jest, because I’ve loved Lifetime since I was little; I used to watch it with my grandma and my aunts and my mom.

When they asked Tamara to write this script, based on this true story, she wrote it. And then they said, “Who do you see in this? This script is great. And we really want to do it.” And she said, “Well, I wrote it for this actor.” And then they offered it. I read that script, and I heard about the true story, and I thought, my God, this is absolutely incredible. This story needs to be told. This woman needs to be heard. And particularly in 2021, people need to recognize that if we don’t start moving in love, I don’t know what we will have left.

How have you traversed some of the racial issues that we see in this film and in our country? How do you practically live out your convictions as a Black woman who’s a believer?

Girl, it’s an everyday situation. Life comes at you every day. And in this climate where the racial tensions are so high, and to be a Black woman in this climate, there is so much that you have to navigate every single day. At the end of it, I want to be able to say, I know God is pleased with my actions today.

You get questioned because it seems like your opinion is inferior to someone else’s, even though you have the actual knowledge in this area, and it’s like, Oh, okay, I’m not going to be Detroit on you today.

While making this film, what did you learn about race in the foster care and adoption system, and what do you want viewers to learn and take away from this movie?

I learned the harsh reality and the statistics of young Black boys in particular in the foster system and how a lot of them — not only do they not get picked — they just age out and they end up in jail or they end up on the streets; they end up addicted to some sort of drug, and it’s because the system has failed them. There are so many young Black boys that need help, that need your help. The interesting thing is that it’s okay for White people to adopt Black children, but it’s not okay for a Black woman to adopt White kids somehow. They always seem to try to make us feel inferior: either we’re in need of their help, or we’re not good enough to help them.

This system is broken. This system needs help. I want people to walk away from this [film] knowing, number one, that love reigns. And if you move in love, there’s nothing that you can’t accomplish. Sometimes it may feel lonely. Sometimes you may feel like an outlier, but God didn’t make you just to fit in. He made you to love radically and to change the world. So I hope people recognize that moving in love is the way to go, and that you will always win when that’s your motivation.

Amen. Last question: what is your go-to worship song when you need to experience joy?

Probably “Great is Thy Faithfulness.” For me it’s just a quick reminder that He’s always there, that He knows, and that everything you need… You got to stop thinking about yesterday and you got to stop worrying about tomorrow. “Morning by morning, new mercies I see.” He gives you what you need daily. And that song reminds me that I’m good, yeah, because He is faithful.

Chanté Griffin is a Los Angeles-based writer and entertainer. She blogs at Beneath the Surface: Race, Culture, Christ and is the creator of YouTube’s When Black History Firsts Go Wrong series. In her free time, she enjoys living her best black life. 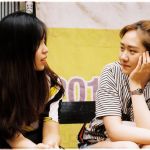