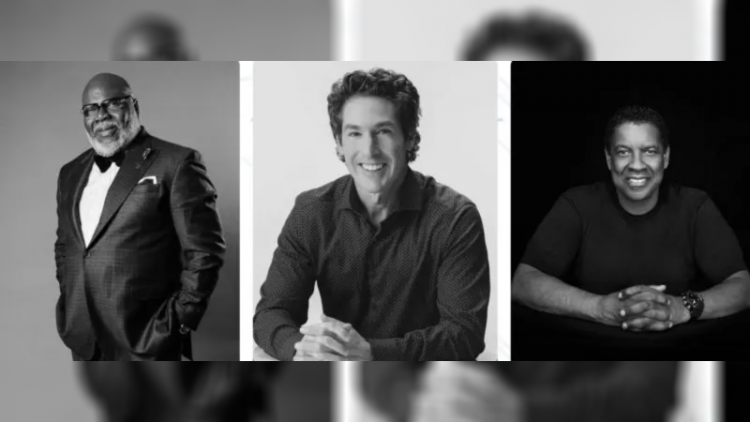 “Denzel Washington’s career is unrivaled — both on and off the screen, his passion for impacting the world shines through,” Jakes said in a press release. “Denzel’s wisdom, business prowess, and ability to mentor and mobilize has indelibly influenced the world, and I am honored to welcome him to the International Leadership Summit.”

Washington’s appearance at the International Leadership Summit will reportedly be presented as a masterclass. The actor and The Potter’s House pastor plan to discuss “Hollywood, faith and life in the spotlight.”

Washington, recently starring in “The Tragedy of Macbeth,” has long been outspoken about his faith and has shared deeply about his spiritual encounters with God. In interviews he as described himself as a “God-fearing man,” and explained that he lives his life in a way to honor both his late mother and God. Some of his public, faith-spilled and motivational speeches remain some of the most popular content on the Internet, including on YouTube where such videos have garnered more than a hundred million views.

Among the dozen of other guests scheduled to speak at the summit are: Ghanaian President Nana Akufo-Addo; Joel Osteen of Lakewood Church; media personality Van Jones; therapist and life coach Dr. Anita Phillips; and Janice Bryant Howroyd — noted as the first Black American woman to found and own a billion-dollar business. Musical guests include award-winning gospel artists Chevelle Franklyn and Israel Houghton, among others.

The International Leadership Summit was founded by Bishop Jakes in 2011 with the aim of “developing the CEO, faith leader, or aspiring entrepreneur,” according to the event website. Hosted locally from March 31 to April 2 in Charlotte, North Carolina, the summit is also accessible virtually. Individual tickets cost $299 for participants, whether they attend virtually or in-person.