The nation’s most profitable sports league has long had systemic problems with violence against women. Experts talk about how change is difficult, but possible. 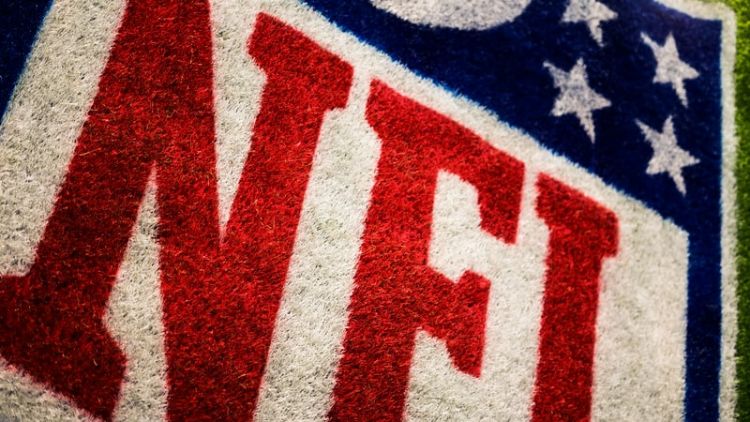 The National Football League (NFL) is appealing a penalty handed down to Cleveland Browns quarterback Deshaun Watson over 24 allegations of sexual misconduct. Though the appeal for a tougher punishment signals how gatekeepers in the country’s most profitable sports league could be taking sexual violence allegations more seriously, experts say the NFL will have to battle deep-seated attitudes about masculinity to signal a real commitment to change.

The NFL conducted a 15-month investigation and sought an indefinite suspension for Watson, but a third-party adjudicator gave the quarterback a six-game suspension — and zero fines — on Monday. The appeal, filed Wednesday, now goes to NFL commissioner Roger Goodell. Goodell has the option to hear the appeal himself or appoint a representative to do so on his behalf. ESPN reported that the NFL is appealing for an indefinite suspension that would be a minimum of one year as well as a fine and some form of mandatory treatment. There is no timeline for Goodell or his designee to make a final ruling in the appeal, but when made, this ruling will be final and binding.

The NFL Players Association, the union that represents NFL team members, has said it will not appeal the initial ruling, though it has the right to. ESPN reported that the union was prepared to sue the NFL in federal court should the league move to appeal the initial ruling. Of the 25 women who have brought forth allegations against Watson, 23 have had civil suits filed against him settled out of court. One suit is still active, and another was dropped.

All of the women were hired by Watson to perform massages, during which they allege Watson would cover himself only with a small towel he brought with him. In 22 of the cases, the women alleged that Watson would purposefully expose himself during the massage, moving his body in a way that forced contact between the massage therapist and his penis. Two of the cases involve allegations of sexual assault. All of this allegedly occurred between March 2020 and March 2021, when Watson was a player for the Houston Texans. He was traded to the Browns in March 2022. Even with a willingness to adopt harsher punishments for sexual violence, experts say that root causes need to be addressed — and it starts on the field.

“The players are typically very masculine and violent on the field and then expected to just turn that off when they leave the field, and that can be very challenging,” said Elizabeth Taylor, an assistant professor at Temple University who researches sexual harassment in sports. “We know about sexual violence that it’s not about pleasure, but about exerting power over others. There are a lot of commonalities between what we see on the field and how sexual violence manifests off the field.”

At the center of that is masculinity — how it is messaged and how it is reinforced. For NFL players, the same messaging plays out from coaching to the media, experts said: shows of strength and masculinity are central to the identity of football.

Lisa Banks is one of the attorneys currently representing 40 former Washington Commanders employees and cheerleaders. Her clients described the team as having a toxic workplace culture that included routine sexual misconduct, and one made allegations of financial improprieties that led to a Congressional investigation into the team’s owner, Daniel Snyder. She says for change to happen within the NFL, first there must be a holistic recognition of “what’s baked into the culture, which is misogyny and sexism.”

“I don’t think they’ve ever had that questioned before,” Banks said. “They’re used to doing business in a certain way and the players, owners, league officials, everyone is used to this operating as a boys club and doing it unquestioned. They’ve had so much power in our culture that they’ve never thought twice about how they’re conducting their business.”

The impact of #MeToo over the past five years has created a complicated dynamic at present: “They’re trying to show they care about women and not upset the apple cart. But you can’t do both. You can’t maintain a culture of sexism and misogyny and at the same time, do the right things.”

Research has shown that 85 to 95 percent of all aggressive behaviors are performed by men, and that social norms around the performance of masculinity are the culprit. Research has also shown that sports, especially physically aggressive sports like football, are a significant contributor to the development of these ideas about masculinity. Sexual aggression, in turn, has been linked to masculinity norms, according to research — and is often seen at higher rates among athletes as a result.

How masculinity has become an essential part of sports itself has created a troubling dynamic where athletic accomplishment is tied to this version of masculinity that is so often dangerous. “The nature of that becomes so toxic because we’re teaching boys that there is only one way to be a man, that you can’t express your emotions openly, that you have to be tough all the time, and to be anything else would make you feel feminine,” said Aquasia Shaw, an assistant professor at the University of Texas at Austin, where she studies the intersections between sports, gender, race and violence. “In sports especially, if you’re not masculine, you’re automatically feminine. That’s a mindset we have to lose in sports for things to change.”

Though Shaw acknowledged that much more research and time will need to be spent figuring out how to move away from toxic masculinity in football, she said that it likely starts with empathetic leadership. Shaw said that leaders who insist on coaching the way they were coached reinforce this cycle, fostering a specific model of masculinity in their athletes that they themselves were taught.

“You don’t have to perpetuate hypermasculinity to be the best, but that’s all they know and all they’ve been shown and until someone shows them how to do to it differently — and that you don’t need to be a man to be successful in sports — there will be no respect for women there,” she said.

The media, Shaw said, plays a role in perpetuating the idea that you cannot be a good athlete without presenting as hypermasculine. The availability of round-the-clock coverage often marketed specifically to men can create an endless feedback loop wherein athletes feel the need to perform a certain hypermasculine persona in service of their fan base.

“Everything about sports says go harder, go faster, be stronger. Certain sports, like football in particular because you’re putting yourself in such a violent and aggressive space, make you feel like you need to look the part,” Shaw said.

“The media perpetuates this idea of what it is to be an athlete and what’s culturally acceptable,” Shaw continued. “Sports has become a microcosm for all sexual harassment and assault issues and how those play out in the media.”

Shaw said the interdependence between pro sports and the outlets that cover has played a huge part in why the sports world, the NFL specifically, remains largely untouched by the #MeToo movement.

“We have so many victims who never report because they don’t think people will take their claims seriously,” she said.

This feeling of dismissal is reinforced by how the NFL has historically treated conversation about sexual violence within the league. Taylor said that the NFL needs to show more concern for doing their due diligence, with both vetting players for hire and trades, and in terms of their own investigations.

“We need to ask more questions and need more transparent communication. We need to learn more about our employees before we hire them. The Browns said they spoke to people about [Watson’s] character and were confident in that before they hired him. How they got to that conclusion, I can’t wrap my mind around.”

Kristy McCray, an associate professor at Otterbein University who studies sexual violence and sports, said that fans are starting to demand accountability. Historically and societally, she said, sports have been viewed as apolitical — and have thus tried to distance themselves from anything that might be perceived as political issues, including Black Lives Matter and #MeToo. This sentiment has been supported by fans who have been vocal about their desire to watch sports as a means of “escape” from “the real world,” she added. “That voice tends to be the voice of straight, White, upper class, Christian men. They don’t see sports as political because doing so hasn’t fit into their world view.”

But that is starting to change as the demographics of football’s fan base change, and the sport feels increased pressure to no longer remain a societal outlier when it comes to paying attention to violence against women. Data has shown that women fans are almost half of Super Bowl viewers — and a demographic that the NFL needs to keep TV ratings for games from sliding.

“In sports, we’re seeing fans saying, ‘That’s not OK with me anymore,.’” McCray said. “Leagues are balancing the ‘keep what happens off the field off the field’ mentality of some fans with a group of fans, and society at large, who is saying, ‘No — we shouldn’t be celebrating people who commit sexual assault.’”

When Watson was first signed to the Browns, McCray said, many fans expressed dissatisfaction. “There is a lot of power in fandom. If every Browns season ticket holder said, ‘I won’t support this and I’m canceling my season tickets now,’ change could happen,” she said.

McCray says the biggest change needed to help reverse the toxic masculinity prevalent in football is simply a push towards greater empathy. A former executive director of a rape crisis center, McCray said she learned first-hand that when people can hear directly from survivors, it builds empathy towards them and their experiences. “When you hear these stories and hear people’s pain and anguish, it makes it really hard to say, ‘But I think he should still play football.’”