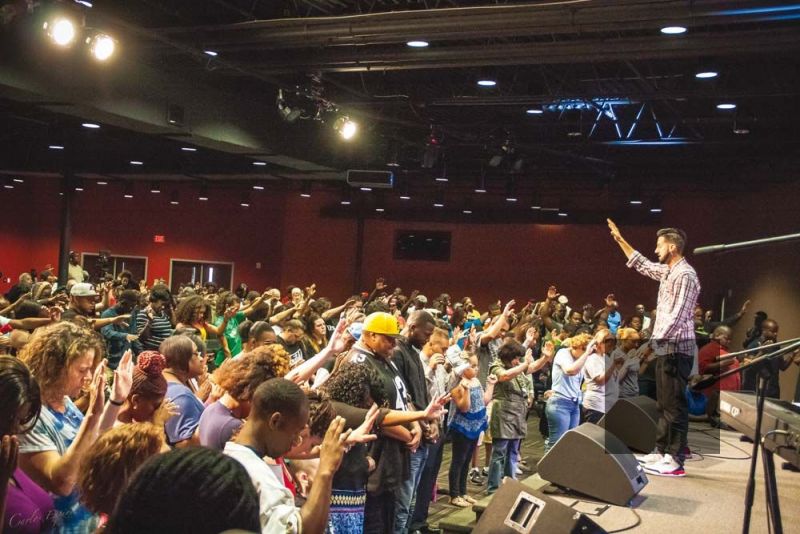 For 20 years, Tommy “Urban D.” Kyllonen and his wife, Lucy, have led Crossover Church in Tampa, Florida. Diverse and vibrant, the ministry was a millennial magnet even before Kyllonen transitioned from youth leader to lead pastor.

In his book, ReBuild: Reset Your Life. Renew Your Church. Reshape Your World., Kyllonen tells how he was tapped fresh out of Bible school to build an urban youth ministry at a modestly-sized church in Tampa.

“By 2002 the youth ministry grew to hundreds while the Sunday adult service struggled at around forty people,” Kyllonen wrote.

Crossover cycled through a series of reportedly ineffective lead pastors. Eventually, the Philadelphia-raised pastor and sometime hip-hop artist was asked to take leadership of the church and help rebuild it.

In the last 14 years, the Crossover Church community grew from 400 to more than 1,000 under Kyllonen’s leadership. The nondenominational church is recognized as one of the most innovative churches in the U.S. because of its diversity, outreach work, and hip-hop flavor. The latter was and still is an integral part of Kyllonen’s ministry.

Kyllonen met with this reporter for an interview in his office during the tail end of Flavor Fest—the church’s annual urban leadership conference held in October.

“There was no one else doing what we were doing and, as a matter of fact, there were even times where they didn’t like what we were doing,” Kyllonen said. “We just went against the norm and we just did what God called us to do. But we wanted to make sure, because we didn’t have anyone there helping us and training us and the whole time [were] depending on God. But we knew that God had given us a platform to be able to help others in their journey as well.”

Although Kyllonen briefly noted the mementos of his achievements as “Urban D.,” he was more excited to talk about new partnerships with city leaders and organizations that Crossover Church had developed. Together, they hope to impact the local community, one he described as “very tough.”

“They’re looking at us as a huge influencer here in the neighborhood,” he explained. “So we want to bring change and nobody can do that alone in an urban context that’s broken and has needs. You gotta have partners. One organization can’t do everything.”

Lucy Kyllonen pointed to Flavor Fest’s mission to equip other churches and leaders by sharing wisdom they had acquired over the years. She emphasized how networking with other churches shaped their own ministry.

“We want to teach other churches, but we’re constantly going to churches and learning from other people as well. We don’t know everything, we don’t have it all figured out, we haven’t arrived,” Pastor Kyllonen added.

The partnerships they joined align with Crossover Church’s stated mission, which is to “relevantly introduce the truth of Christ to those influenced by Urban/Hip-Hop Culture as we develop worship, purpose, unity and leadership in their lives.” One major facet of fulfilling that mission is to facilitate personal empowerment and community transformation via public events. Crossover Church’s outreach efforts occasionally land the ministry in headlines with local media.

Community outreach is also a major selling point for young seekers as well as believers, according to the Kyllonens.

“They’ll get involved many times with [student mentoring or feeding programs] and your church just because of that, not because they like your church,” Kyllonen said.

“They do it for the cause,” Lucy Kyllonen added.

“The church does a lot of stuff in the community,” Kyllonen said. There are people on staff who do “empowerment [work] with families and [are] helping people out of poverty and crisis.”

“Even though our church is diverse economically, this neighborhood we’re in is a very tough neighborhood and so there’s a lot of needs here,” Kyllonen said. “We don’t just want to give stuff away but we want to empower these people as well and help pull them out of their situation and let them dream and see what God really has for them.”

Kyllonen realized over the years that “you can’t just give a handout. You have to give a hand-up and really help people and disciple them holistically.”

According to U.S. Census estimates, Tampa is home to about 339,000 people. It is a predominantly White (63 percent) city, and yet Crossover Church mostly attracts the city’s Black (26 percent) and Hispanic/Latino (23 percent) populations. An estimated 22 percent of the local population lives in poverty; 18-34-year-olds make up about 28 percent of Tampa’s residents.

[bs-quote quote=”We really love the city, and love everyone that’s in this area and welcome them. It doesn’t matter what they look like, where they’re from or what their background is…” style=”style-17″ align=”center” author_name=”Tommy “Urban D.” Kyllonen” author_job=”Pastor, Crossover Church”][/bs-quote]

Crossover Church, located in an impressive 43,000 square-foot facility that previously housed a Toys “R” Us, has a congregation composed predominantly of 20- and 30-somethings and is about 40 percent Hispanic, 40 percent African American and 20 percent White. In the beginning of their leadership, the Kyllonens did not try to attract certain racial demographics. It just happened to turn out that way, they said.

“As we began to realize [the diversity of the church], we studied the Scripture(s), and other people were like, ’Wow, that’s really cool,’” Kyllonen said. “Then we got really intentional with it like, ’Man we want to make sure we protect this and keep it that way as we grow.’ So that’s what we’ve done over the years.”

“Our church is multi-ethnic, multi-generational, multi-class,” he added. “We really love the city, and love everyone that’s in this area and welcome them. It doesn’t matter what they look like, where they’re from or what their background is, so just following the words of Jesus, where he said, ’Love your neighbor as yourself.’ And if you live in any metropolitan area, I always like to say a lot of times, your neighbor is not gonna look like you. Can you still love him? Can you invite him to your church? Can you do life with them? Can you eat with them? Can you serve with them? Can you hang out with them? So for us, our answer is, ’Yes.’ It should be that, because you know, that’s what Jesus said, and that’s our hearts.”

Having grown up in Philadelphia with friends whose parents all spoke different languages at home, diversity was always natural for Kyllonen. He is a mix of Greek, Spaniard, Finnish, and something else his father never managed to identify.

Lucy Kyllonen is Puerto Rican and grew up in New York City.

Crossover Church could be the envy of other Christian congregations that are bereft of both color and youth in their pews. Kyllonen also sees diversity as a mandate for his leadership team.

“If your core leadership team is just one-dimensional, you can say you care about other things but that is not always the way that it ends up,” he said. “So we’re huge advocates of that. We feel that’s what the New Testament church was as we study and read, but we feel that’s what the church in America should be as well.”

Kyllonen said more churches are starting to trend toward greater multi-ethnic membership, but that he believes, “We’ve got a really long ways to go.”

“I think it’s a pivotal time, especially with all this stuff happening in our country now … with all the racial stuff and African-American men being shot, police being shot, discrimination, just all kinds of division that seems to be sparking up more than ever before,” he said, also noting that social media often compounds those situations.

“So it’s got a lot of people angry, scared, confused, polarized—and I think the multi-ethnic church has an opportunity to step in and bring reconciliation in and change and justice and healing,” he added.

Kyllonen referenced how one event convened at the church brought together members of the civic, business, and law enforcement communities for a panel discussion. Attendees were allowed to ask questions about police training and community engagement.

There are reasons the church in general suffers from a lack of credibility with young people, Lucy Kyllnoen said. As she sees it, “The church as a whole has lost its voice and we just need to get it back.”

“I think before, I want to say that we were more visible in not only our actions, but our beliefs and what we stood for,” she said. “Where now, I think it’s been watered down, and most of the newer generations now, they’re not only not growing up in church but they have no interest in it either. We can’t just blame culture and society for that. We gotta take the blame for that as well. The church as a whole has to take the blame for that.”

Pastor Kyllonen cited the media’s success in pushing “other agendas [that] then make Biblical agendas look like they are outdated.”

“There’s just definitely skepticism toward the Bible and the gospel and there’s definitely been some people that have helped perpetuate that,” he said. “Because there are some people that are crazy Christians that, you know, say crazy stuff, but the media seems to definitely point that out.”

However, Kyllonen believes there is good news not often covered often in the press. “There is a movement of younger adults that are passionate about God, and that’s growing,” he said.

“Hillsong came out with a movie and you look at their whole movement of worship and music and they’re selling out arenas,” Kyllonen added. “Then even, on the hip-hop side, you have artists like Lecrae and 116 and a lot of these other guys. They’re selling out tours and packing out shows, and there are people hungry and coming to this that are passionate about God. We didn’t necessarily have that as much that I remember 10 years ago, either.” 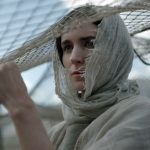 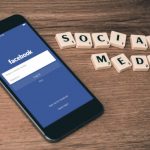