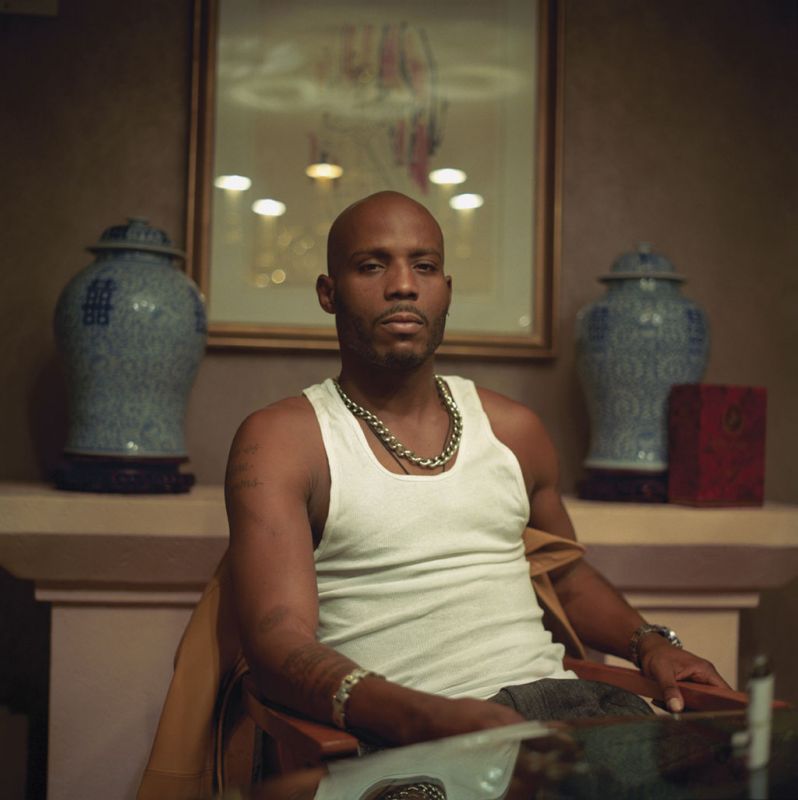 The late rapper DMX, born Earl Simmons, preached his first sermon after being ordained as a deacon and told his audience that he pleaded with God to end his struggle with drugs, a previously unreleased video published online reveals.

In the video of his 40-minute sermon from the lectern of an unidentified church, DMX informs his audience that God gives second chances. He then recounts pleading with God at a low point in his life.

“I can remember times…sitting in the dope spot,” the rapper begins, his trademark raspy voice sounding on the verge of tears. “And in the middle of getting high…it felt like, ‘God, I don’t want this. I don’t want this! Please, please, Lord. Please, take this out of my life!”

“I didn’t have the physical strength to get up and do it right there, but He heard me. He heard me! He heard me, because each time it got less and less… Each time I enjoyed it less. Each time I was able to build up enough strength to recognize [that I was being my own enemy],” the rapper added.

He admitted that he would sometimes intentionally place himself in situations that could lead to drug use. “The first thing I had to do was stop lying to myself,” he said from the pulpit.

DMX (whose stage name stands for “Dark Man X”) went on to say that he didn’t enjoy getting high, as it would lead to paranoia and harmful behavior.

“When you think about it with a sane mind you see [there] ain’t no joy in that,” he said. “That’s my dumb self, doing the same dumb things I did [and] expecting a different result. That don’t even make sense.”

People have to reprogram themselves to get out of these harmful patterns, the rapper added. “Being born-again, that’s the first step,” he said. “The second step is to stay in that Word.”

It’s not fully clear what the theme of DMX’s sermon was. The video published April 5 to YouTube by popular website Vlad TV is labeled “DMX” Power of Resurrection, The First Sermon.

The description of this newly released video reads:

“Recently, the news was reported that DMX was in the ICU, in critical condition following a heart attack he had. Many have been sending love and prayers X’s way, due to the spiritual nature that the legendary emcee possesses, which mirrors that of a pastor. Naturally, it made sense for DMX to delve into the space delivering the word, and now his first sermon has been unveiled.

“The footage, which was recorded in 2015, was provided by DMX’s spiritual advisor Big Prophet and finds the emcee going to church where he was called to the stage to speak. This was the rapper’s first time ever delivering a sermon to a room full of people. DMX and Big Prophet planned on releasing the video Easter Sunday, before X’s heart attack went down. It was noted that on the day of X’s heart attack, the rapper said he was turning 50, and that it was time to make a change….”

The rapper, reportedly ordained as a deacon by Morning Star church in Arizona, would go on to preach again from another pulpit. He expressed over the years that he desired to be a pastor.

DMX, whose debut album was 1998’s “It’s Dark and Hell Is Hot,” sold more than 74 million albums throughout his career. He also became “the first artist to release two chart-topping albums in the same year.” His albums routinely featured prayers, or conversations with God, and gospel songs.

Though he never achieved pastoral ordination, DMX’s fans embraced his spiritual counsel, as well as his authenticity and transparency about his life and struggles.

From an early age, DMX was in and out of jail numerous times. In his song “Slippin,'” the rapper reveals that he was neglected by his mother, abandoned by his father, abused, and walked through much of his life with a huge chip on his shoulder—which often led to reckless and illegal behavior.

DMX revealed in November 2020 that his addiction—which he called a “curse”—started when he was deceived into smoking crack at the age of 14 by someone he admired. As an adult, he entered rehab on several occasions in an attempt to achieve sobriety.

At some point in his journey, the rapper had a spiritual conversion that led him to believe in Jesus Christ.

After his release from jail for tax fraud in 2019, one of his first public appearances involved him preaching to fans. As was a common theme for him, the rapper suggested to the audience that he was being hounded by the devil. He said the adversary only bothers those who are threats because they are special to God. He went on to quote Philippians 4:13—”I can do all things through Christ who strengthens me.”

DMX, who often called himself “a child of God,” never recovered from his April 2 heart attack.

On April 9, after being in a vegetative state for several days, the Yonkers, New York artist and actor known for his trademark bark was declared dead. There were reports that the “Flesh of My Flesh, Blood of My Blood” rapper’s condition had been preceded by drug use. However, his manager and family members have not confirmed those reports.

“Earl was a warrior who fought till the very end. He loved his family with all of his heart and we cherish the times we spent with him. Earl’s music inspired countless fans across the world and his iconic legacy will live on forever,” DMX’s family said in a statement.

In addition to his iconic legacy as a rap artist, DMX will also be remembered for the ways in which he expressed his faith in God.

It was almost a year ago that he invited his 3.1 million Instagram followers to a virtual Bible study.

“God is giving you the time,” he told the thousands who tuned in. He referenced how the pandemic put a halt to business as usual. “He’s giving you the time to get closer to Him, to become familiar with Him. At the end of the day, at the beginning of the day, it’s going to be God’s will. If you try to understand why He does what He does, you’re just going to end up with a headache. Just do the right thing.”

During the Bible study, DMX read from the Book of Ecclesiastes and invited viewers to commit their lives to Jesus Christ.

“God had his hand on me since before the womb. I didn’t know what that meant until I read the Bible… Like, this [expletive] is going to do this. He’s going to make this happen; he’s going to touch this person. I am God’s child,” he reportedly told a fan in 2019.

As God’s child, DMX believed his work as a recording artist was about more than material success.

Related articles on the rapper’s career and complicated life: