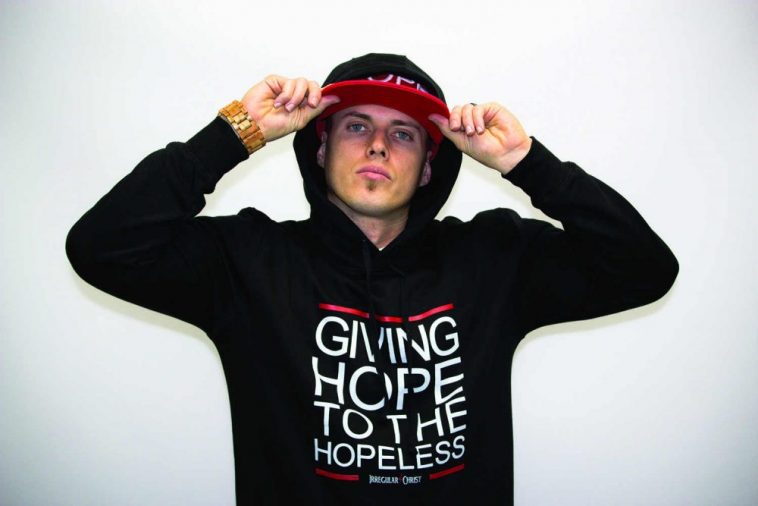 Dusty Marshall.
132
SHARES
ShareTweetPin It
[This feature appears in Faithfully Magazine No. 1]

On his new album, Christian hip-hop artist and recovery minister Dusty Marshall speaks about the challenges he and his wife faced with the birth of their special-needs daughter.

Beauty in the Struggle, a 10-track album, features Marshall accompanied on three songs by his wife, Krystal. The songs tell the journey of how their first-born had the odds stacked against her just weeks after being conceived.

Dusty and Krystal Marshall’s oldest daughter, Amnesty Noel, was diagnosed with a severe form of spina bifida while still in the womb. She was born, just before Christmas 2014, with part of her spine exposed.

Amnesty had also been diagnosed with a heart defect. But when she arrived, doctors were stumped to discover that the condition they had confirmed week after week during her mother’s pregnancy had suddenly disappeared. They had even initially suggested the Marshalls terminate the pregnancy due to the severe challenges and possible short lifespan that Amnesty would face.

The Marshalls, however, knew before they even conceived her that God had Amnesty on His mind.

“We named her Amnesty because my wife was given that name by God in a dream,” Marshall, 32, explained via email. “In the dream, God was peering over my wife’s shoulder, pointing out the word ‘amnesty’ in a book. He then told my wife that ’amnesty’ was not only a word, but also a girl’s name.”

Dusty and Krystal had not planned to have children until years down the road, so the revealing dream stayed parked far back in their minds.

The dream all but forgotten, the couple almost named their daughter Noel. But God reminded them during prayer the night before her delivery that He had already given her a name, Marshall said.

Although Amnesty no longer needed heart surgery after she was born, doctors had to operate on her spine and brain, where they implanted a device to prevent excess fluid build-up.

Amnesty was finally discharged from the hospital into the frozen landscape of a Denver, Colorado, winter. Her terrified parents took her home and conveniently parked just a few steps away from the front door of their motorhome.

“In fact, we lived in the parking lot of the hospital for a couple of months until God told us to go,” Marshall said. “We were scared to take her too far from the hospital because she was so fragile to us. It was 20 degrees outside, barely any insulation, and I had never even ridden in a motorhome, let alone lived in one.”

For the first nine months of her life, Amnesty traveled with her parents around the country while her story was told.

Those were “scary” times and the “challenges were frequent,” Marshall said.

“Doctors said she would never have use of her legs,” he said, “and right now she is defying the odds by walking with a walker and leg braces.”

Amnesty, whose name points to God’s immeasurable grace and willingness to forgive and forget sins, is now two years old and enjoying life with her little sister—named Noel.

Beauty in the Struggle, which Marshall worked on for six years, opens with a skit about a doctor’s dire diagnosis. The title track is the centerpiece of the album due to the story it tells and how it was crafted.

“I wrote the first verse before she was born, I wrote the second verse after she was born, and I wrote the third verse when we finally got her home,” Marshall said of the song, “Beauty in the Struggle.” He wanted verses to authentically reflect his emotions from seeing Amnesty in the womb, witnessing her birth, and finally holding her in his arms.

But Beauty in the Struggle, Marshall’s second album after the 2014 EP Return of the Wordsmith, also tells of his own journey from being a drug addict, dope dealer and womanizer to becoming a follower of Christ, a family man and ministry leader. His story is specifically on “The Light” featuring his wife, Krystal.

On the melodic “Forever You’re Loved,” Marshall raps about his dedication to his wife, whom he met through a dating website. When confronted during a moment of clarity with the reality that he needed help getting free of his vices, it was Krystal he called on for help. They married in 2010—the same year Marshall decided to follow Jesus.

“Fallen,” featuring Scott Armstrong, is a reflection about the suicides and overdoses of two of Marshall’s friends. The track concludes with a somber eulogy about a missed older brother.

The first song from the album to get a video release, “My God,” features Illuminate & Jenisis Praise. It is certainly the praise track of the album, closely followed by “Soul Glow” featuring Hope Shorter, another song showcasing Marshall’s distinct delivery, wordplay, and sold-out-for-God sensibilities.

“I purposefully placed songs of celebration along with songs of struggle in this album to show the light that pierces through the darkness of our lives,” Marshall said. “We walk in the light as He is in the light. That light should be reflected to expose and reveal the darkness that blinds so many still walking in bondage. Our testimony and Christ living in us is that light.”

That is a part of the message the Marshalls share with others through their Irregular4Christ Ministries, the nonprofit that owns Beauty in the Struggle. The couple also leads Celebrate Recovery groups and performs at events year-round in prisons and juvenile detention centers.

“We share our testimonies of overcoming drug and pornography addiction, sexual abuse, mental illness, and choosing life for our child with a disability,” Marshall said.

Reflecting on the six-year process of bringing Beauty in the Struggle to life, Marshall expressed gratitude for his wife’s encouragement and his mother’s financial investment in their work. He also credited fellow rapper JGivens with encouraging him to take his music more seriously, and shouted out Arize Lisea of Rize N Shine Records for his “amazing mixing and mastering skills” and “amazing video work” with Lisea’s media company.

Asked for his parting thoughts, Marshall shared the following via email:

“If someone is reading this and they feel utterly hopeless in their lives, there is a hope I have found and His name is Jesus. If Jesus can take a man like me, who was a drug dealer and drug addict, a full-time criminal, someone struggling with depression and mental illness, and turn him into a man with true hope and peace, then He can do the same for you. He is a Maker of Ways where there seems to be no way. He is a Healer of hearts and brokenness. He is a Restorer of broken families and lives. There is nothing the Creator of the universe isn’t capable of. The greatest restoration He does is in our hearts, when He comes to dwell in them and change us from the inside out.

“So if you don’t know Jesus, I can tell you that you can find out who He is right now by simply asking Him to reveal who He is to you. If you’re ready, you can accept Him into your heart as your Lord and savior and ask for forgiveness of your sins, by praying just that. Pick up a Bible. My recommendation is to start in Matthew, and begin to learn who this Jesus is. There are so many resources out there. If you need recovery you can reach out and find a Celebrate Recovery group near you by going to CelebrateRecovery.com and going to the group finder to search by your zip code. Celebrate Recovery has groups all over the world. You can also reach out and email me at dusty @ irregular4christ.com.”

“Our struggles are our own. Each person reading this has very unique and personal struggles. Maybe you can relate to some of the specifics of our story, but the underlying theme is what is most important. We were created by a God Who cares about our struggles. He desires to take our brokenness and make beauty; to make our hurts into healing; to use our testimonies to bring hope. If you are feeling hopeless, lean on Him. Take it to the cross. Find your Beauty in the Struggle and then share it with others.”

This article was edited by Heidi Wallenborn. 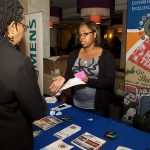 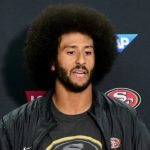