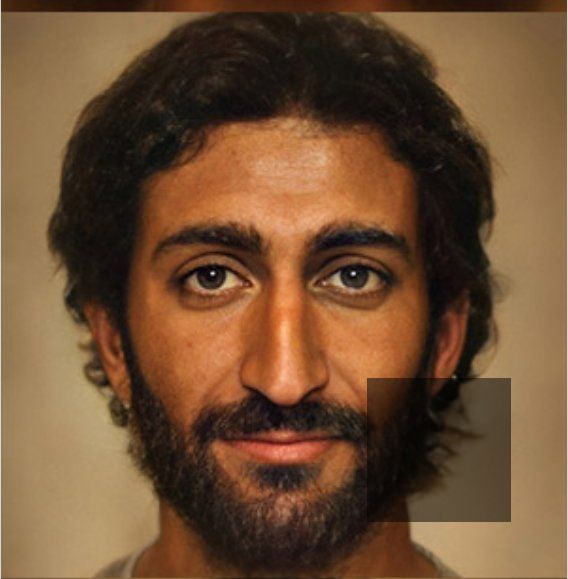 This artistic interpretation of what Jesus Christ may have looked like was created by photographer Bas Uterwijk. (Photo: Twitter/ganbrood)

The Amsterdam artist “has a background in computer graphics, 3D animation, and special effects,” according to My Modern Met.

Uterwijk created three versions of Jesus, each with a subtle change in skin tone and hair length.

According to Teller Report‘s translation of a French article on Uterwijk’s Jesus photos:

“For one of the images, I added a little historical truth,” he explains. “In one of the three versions, Jesus has shorter hair because historians do not believe that at that time, in the region of Galilee, in Israel, a man could have had hair so long.” …

Contrary to popular Western interpretations of Jesus’ appearance, researchers have long suggested that the historical Jesus likely had a brown or olive complexion and short hair. Popular images of the Christian Savior in the U.S. tend to resemble an Anglo, with blue eyes, pale skin, and long, flowing hair.

Uterwijk’s A.I.-generated portraits include dozens of well-known figures, including Napoleon, George Washington, and Vincent Van Gogh. In addition to his website, the images can be viewed on his Instagram account.

What Can Superheroes Teach Us About Biblical Justice?