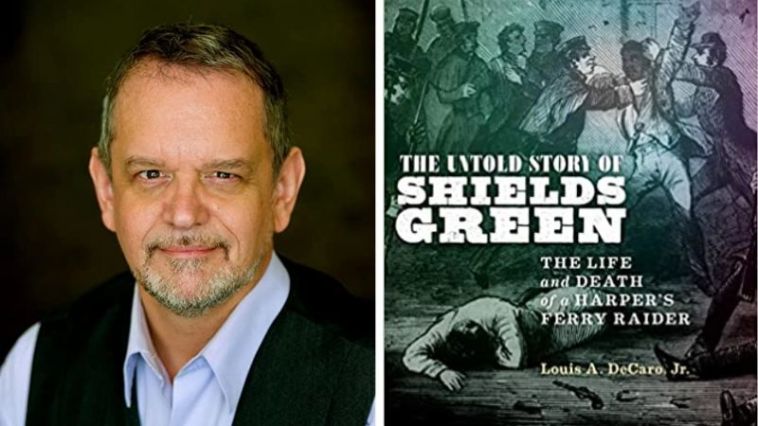 Website: https://www.eventbrite.com/o/faithfully-magazine-35198193633
Join us for a live chat with Dr. Louis DeCaro Jr. about his book on “Emperor” Shields Green’s critical role leading up to the Civil War, on Thursday, October 21 at 7 p.m. ET.

Faithfully Magazine Managing Editor Nicola A. Menzie will be in discussion with Dr. Louis A. DeCaro Jr about his book, The Untold Story of Shields Green: The Life and Death of a Harper’s Ferry Raider.

DeCaro is associate professor of church history at Alliance Theological Seminary and the author of other books, including Fire from the Midst of You: A Religious Life of John Brown and Freedom’s Dawn: The Last Days of John Brown in Virginia. He also hosts the “John Brown Today” podcast.

From the publisher: When John Brown decided to raid the federal armory in Harper’s Ferry as the starting point of his intended liberation effort in the South, some closest to him thought it was unnecessary and dangerous. Frederick Douglass, a pioneering abolitionist, refused Brown’s invitation to join him in Virginia, believing that the raid on the armory was a suicide mission. Yet in front of Douglass, “Emperor” Shields Green, a fugitive from South Carolina, accepted John Brown’s invitation. When the raid failed, Emperor was captured with the rest of Brown’s surviving men and hanged on December 16, 1859.

“Emperor” Shields Green was a critical member of John Brown’s Harper’s Ferry raiders but has long been overlooked. Louis DeCaro, Jr., a veteran scholar of John Brown, presents the first effort to tell Emperor’s story based upon extensive research, restoring him to his rightful place in this fateful raid at the origin of the American Civil War. Starting from his birth in Charleston, South Carolina, Green’s life as an abolitionist freedom-fighter, whose passion for the liberation of his people outweighed self-preservation, is extensively detailed in this compact history. In The Untold Story of Shields Green, Emperor pushes back against racism and injustice and stands in his rightful place as an antislavery figure alongside Frederick Douglass and John Brown.

Buy the book with our affiliate partner Bookshop.org to support a local bookstore and our mission, or with Amazon.

Faithfully Magazine is a news and culture publication centering on Christian communities of color. Subscribe for access to exclusive features.