Faithfully Podcast: What The Media Got Wrong About Charleston, Black Pain, and Forgiveness

Faithfully Podcast: What The Media Got Wrong About Charleston, Black Pain, and Forgiveness 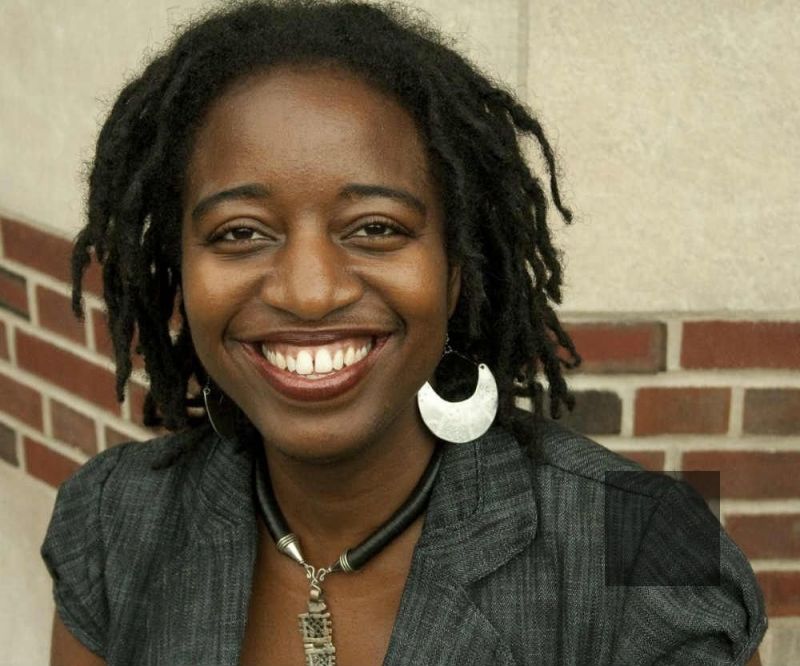 Waltrina Middleton, founder of Cleveland Action and an ordained United Church of Christ minister, appeared on Faithfully Podcast to discuss how forced narratives of forgiveness dominated media coverage of a racist gunman’s murder of her cousin and eight other Christians during a Bible study at Emanuel A.M.E. Church in Charleston, South Carolina, last summer.

“I forgive you,” Nadine Collier, daughter of 70-year-old Ethel Lance, told Roof during a bond hearing at court. “You took something very precious from me. I will never talk to her again. I will never, ever hold her again. But I forgive you. And have mercy on your soul.”

Those words were spoken just two days after the Charleston 9, as they have come to be called, were killed allegedly by Roof, who was 21 at the time. Although, other family members who spoke in court made similar remarks, some called on Roof, who was revealed to have a fixation with the Confederate flag, to repent and asked for God’s mercy on his soul. The headlines that dominated much of the news that day and into the weekend, however, held the phrase “I forgive you…” — which Middleton found troublesome.

But before delving into her thoughts about the Charleston church massacre, Middleton commented on her activism work with Cleveland Action, resistance to the Black Lives Matter movement in Christian communities, and other related issues.

Her comments on the forgiveness narrative, which she believes robbed surviving family members of their own stories and the right to lament, come at about 16:05 in the interview.

Asked to share some of her thoughts and emotions ahead of the first anniversary of the Charleston church massacre, Middleton said:

“So many people have bought into this narrative of forgiveness, that our families are pushed into this path that is not natural. It’s not a natural process of grieving. And how do we get to a place of healing when we’re not event granted permission to lament and even take ownership of our own narrative? And I wonder what impact that stealing of our narrative will have on not just on DePayne’s daughters, but a generation of young folks that watch us and take cue based on how we respond to this tragedy.

“What lessons are we teaching them about affirming their humanity and honoring their own stories by the way the narrative has caught wildfire in our society and world that preaches forgiveness before there’s any reconciliation that has taken place.”

On the place of forgiveness in the Emanuel A.M.E. tragedy, and whether emotions like anger and frustration take away from one’s Christian witness:

“So as a Christian, yes, I have the capacity to forgive, but no one gets to define for me what forgiveness looks like for me. And there’s no timetable for attaining or reaching the point of forgiveness. If I have to spend the rest of my life wrestling with the pain of such a loss that we’ve experienced, then I believe that God has grace for me and space for me to use the rest of my life to do that and to get there. I may never get there.

“And I think the greatest challenge is there’s a myth about what Christianity looks like and that it does not involve lament, when the Bible has countless narratives of mothers and fathers lamenting over the loss of their children. You know, when we talk about the cry in Ramah. You know, Rachel crying and lamenting over the loss of the children that are no more. You had Rizpah who lamented at the rock in the middle of the city square for her children that were being executed, and because she lamented it held the government accountable and King David had to remove the bodies from the (unintelligible). So there is actually justice and some subversive work that’s being done when one cries out and laments. What greater subversive act of justice — not even subversive, but was Christ crying out on the cross, ‘God, why have you forsaken me?’ You know, and so how do I not also get to own my sorrow and suffering?

“Yes, I think that as a Christian I affirm my Christianity by recognizing my right to lament and to cry out. And I think that if we as a community of faith and as a community of believers want to strengthen and affirm who we say we are, then we should share in that lament. We should come and weep and mourn with those that are suffering. I think that the community puts this great weight of responsibility on those that have suffered to catch up and get over it. And there’s no accountability or responsibility on the community to come to where we are and to share in our pain. No one wants to sit in the pain and suffering. They want us to hurry up and get to the other side so that they can be comfortable and I think that’s selfish and that’s not Christian-like.

“And my cousin, DePayne’s sister, said in the court on that day that, ‘I’m not there yet. I’m a work in progress.’ And not one major media outlet chose to lift that up. They want to focus on that word ‘forgiveness’ because everybody needs that miracle headline. …

“You know, I think that what I would challenge and critique the media on is doing the work. When you look at the fact that you would hear some family members — without any disrespect — articulate ‘I forgive’ so immediately after such a loss, where’s the work to ask the question how did you get there, or what’s it mean in the context of not just faith but culturally? What does that mean in a Southern, sea island, black, Christian, South Carolina context? What does that mean? And having a deeper understanding, or strive to understand the nuances of black religiosity and the multiple masks that we wear as a black community that have (sic) endured suffering through enslavement and lynchings and different areas of suffering in this country. What does that mean in that context? And that’s where I think the media failed.

“They did not want to do the work to understand black culture and black religiosity. Because you can hear one thing, but the whole history of blacks and suffering in this country says there’s a subversive undertone that could mean something totally different than what’s actually articulated.”

Does she forgive Dylann Roof, against whom the Justice Department was seeking the death penalty due to the “nature of the alleged crime and the resulting harm?”

[Response via email] “All I can say is that forgiveness is a process. There is no timeline for it. And for each person, they must process it in their own way. But even before we get there, to forgiveness, there is a process of reconciliation. That cannot begin without an authentic recognition and response to the reality of racism in our society. We still deny racism exists. How can we reconcile to nurture the pathway to forgiveness? I will be able to answer that question when America can tell the truth about its sins and the blood of my people on its hands.”