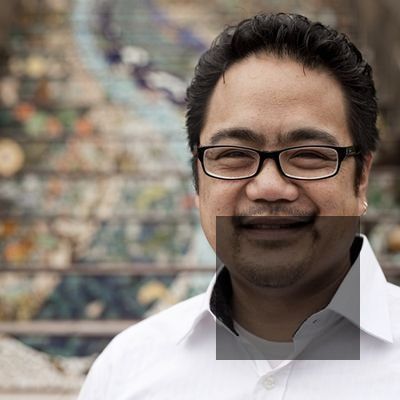 The Rev. Bruce Reyes-Chow joined the Faithfully Podcast crew recently to share his thoughts and observations on some issues Asian Americans face when it comes to experiences relating to race and culture.

Reyes-Chow hails from San Francisco, California, is a third-generation Chinese/Filipino, and a former pastor. Reyes-Chow, ordained in the Presbyterian Church (USA), served as Moderator for the denomination’s 2008 General Assembly, its highest elected office.

The married father of three teen girls has authored the books But I Don’t See You as Asian: Curating Conversations About Race, The Definitive-ish Guide for Using Social Media in the Church, and 40 Days, 40 Prayers, 40 Words: Lenten Reflections for Everyday Life, among others.

Tell Us What You Think. Take Our 2021 Reader Survey

Apply to Join Us as a Faithfully Magazine Editorial Fellow

In his discussion with Faithfully Podacst hosts Nicola Menzie, Keisha Boston, and Vincent Funaro, Reyes-Chow comments on challenges some Asian Americans face when relating to the black-white binary paradigm inherent in conversations about racism in the United States.

“The danger when we start to talk about race anywhere in the church or in larger society, and starting to compare and contrast and you know, black-white kinds of conversations, and then kind of putting the brown folks in and where everything fits, is… I think we tend to get into this oppressive olympics and trying to figure out who’s had it worse and try to measure and all that. I think that’s one of the dangers,” Reyes-Chow said.

“In the work that I do and the conversations I have, [I] try to get to mutual understanding and appreciation of…and brown folks, in particular Asians, have to figure out their place within the context of the history of the United States, their own immigration roots, and how each individual Asian community has experienced racism, continually experiences that in the United States,” he added.

The Asian-American communities in America are “really diverse,” particularly when looking at “Chinese versus Japanese experiences and Korean experiences and experience in general,” he said. “And then you lump the church piece onto that and it becomes even more complex because of the nature of colonialism and how churches impacted other countries before folks started coming to the United States. So there’s a lot of that that goes on.”

When it comes to portrayals of Asian Americans in popular culture, it seems like they “are still fair game for racial stereotypes in the media and around how we really created an invisible group of people,” he added.

“So a lot of the work that I do and the conversations I want to have is, as we look at Asian Americans in no way are we trying to say that we are more or less than oppressed or marginalized or any of that. In fact, we have to claim how we’ve benefited in some areas from white supremacy and privilege as well as continue to be marginalized by it.”

‘Buying Into’ Whiteness and Meritocracy

On the subject of “whiteness” and “meritocracy,” Reyes-Chow suggested that “a lot of Asian Americans who, if you didn’t know were Asian, they’re pretending they are white in the white church and wanting everybody to move past this stuff.”

“I think that we’ve bought into the idea of a meritocracy and in some ways that has… You can look at some numbers and begin to see that…you know, you get college stuff and you look at some other pieces that on a surface level, success has been achieved. But at the same time, we also know that over the past 10 years, the largest growing number of people in poverty have been Asian Americans percentage-wise. We also know that if you start to look at different Asian-American populations…if you look at Filipinos, for instance, the success or meritocracy that affects Filipinos and other Pacific Islanders is greatly impacted by negative ways so that our college rates and our drop-out rates are high and all that kinda stuff. So I think there’s this idea that we want to believe that meritocracy works. That if you just work hard enough that you’ll get somewhere. There’s that model minority piece, we still buy into it,” he said.

“Then we also have this ideal that we are accepted by the larger American culture, which is white. You go to other countries… For instance, I go to the Philippines once a year. You look at all the beauty pageants in the Philippines and they’re all light-skinned Filipinos. So that whiteness as something to achieve just impacts the psyche here, so that’s what we’re trying to get to. … The other piece is that for many Asian Americans, we experience racism very differently than say African Americans or Latinos in terms of just how police treat Asians, and this is a huge generalization about Asians because Filipinos, Samoans, other Pacific Islanders I think would speak differently to this. But others would kind of buy into that idea that you don’t get treated poorly until you do something wrong. Well, there are some of us who know that’s not true. So I think some of it is we think white’s where you gotta be and so we just blend right in. And there’s this non-threatening nature about white Americans and that stereotype that’s out there that allows us into some spaces that others may not be allowed into.”

Some subjects referenced in Faithfully Podcast 8 include:

Listen to Reyes-Chow’s full remarks in Faithfully Podcast 8 via SoundCloud.

Tell Us What You Think. Take Our 2021 Reader Survey

Apply to Join Us as a Faithfully Magazine Editorial Fellow