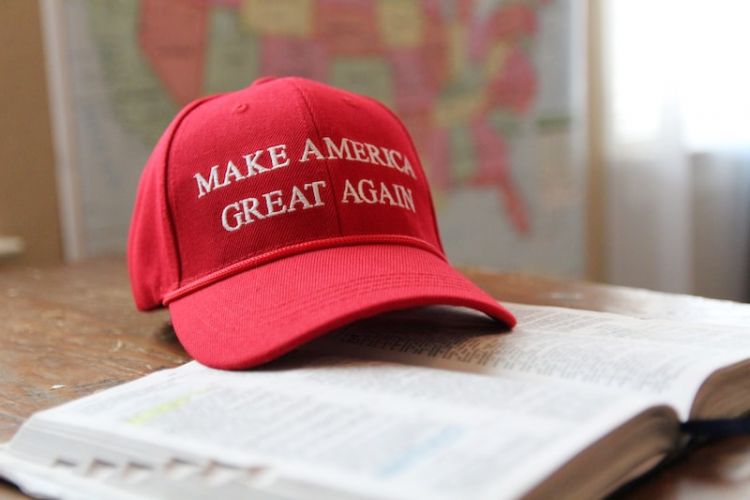 The FBI showed up at twice-impeached former President Donald Trump’s Mar-a-Lago home in Palm Beach, Florida, on Monday, August 8. Agents were reportedly acting on a warrant to retrieve classified documents that Trump allegedly took with him when he left the White House in January 2021.

Now, this was after the National Archives and Records Administration (or NARA) told Congress in February that they had “recovered 15 boxes from Mar-a-Lago and ‘identified items marked as classified national security information within the boxes,’” according to Fox News.

The FBI returned to Trump’s Florida home this week, apparently after NARA contacted the Justice Department. An unnamed source told the Miami Herald that agents had probable cause and were indeed after alleged classified materials in Trump’s possession.

According to the Herald: “Agents suspected that Trump — previously accused of flushing documents down the toilet — was unlawfully holding other classified materials from his presidency in his private club and residence at Mar-a-Lago…”

According to Fox News:

However: “​​An administration is allowed to exclude personal records that are purely private or don’t have an effect on the duties of a president.”

The decision of the Justice Department to send FBI agents to raid Trump’s home is unprecedented.

According to the Texas Tribune: “The operation marks the first time in history federal agents have searched a former president’s home.”

That being said, the publication also noted that “legal experts stressed that it’s unlikely officials could have signed off on the search warrant, given the public scrutiny, without a high standard of probable cause.”

And it’s also worth noting that Christopher A. Wray, current director of the FBI, was appointed by Trump in 2017.

So why are outspoken Republicans and Trumpvangelicals losing their mind about this development?

Because Trump has designs on running for reelection in 2024. Nevermind that the 45th President of the United States is facing numerous civil and criminal cases, including litigation for inciting the Jan. 6 insurrection.

There is a real possibility that he could be legally barred from seeking a second term as president or even jailed. But Trump’s claims that the FBI has been “weaponized” to end his political aspirations and that he is being “persecuted” are outrageous, and offensive. Besides the White House insisting that they knew nothing of the forthcoming FBI raid, as reported by Fox News, what Trump is facing is nowhere near “persecution.” If anyone wants to learn about actual cases of persecution, they can read reports from Open Doors USA or the U.S. Commission on International Religious Freedom.

What Trump is facing is called accountability. If, in fact, the Republican Party believes in the rule of law as they have claimed, then they should let justice take its course. But, this is politics, so being reasonable is out of the question.

In fact, some Republicans are now calling for the FBI to be “defunded” and “destroyed.”

While I’m not surprised that politicians like Marco Rubio and Marjorie Taylor Green are towing the Trump line, I am still disturbed by Christian leaders continuing to defend blatant lawlessness — all while claiming that it’s Trump’s political opponents who are “dividing” the nation.

Some Trumpvangelicals are so MAGA-gone that they, too, are using shallow tactics to keep Trump’s volatile base scared, paranoid, and angry.

Take Franklin Graham, for example. Responding Tuesday, August 9 to news of the FBI attempt to retrieve classified materials from Trump’s possession, he said:

“I’m afraid if you speak out, if there’s any dissent whatsoever against the federal government, they will use the IRS or the Department of Justice or the FBI to investigate you, come to your home, these kinds of things, to keep you quiet. And so I think that’s where we’re heading. It’s almost like what we saw in the Soviet Union, and this is happening in this country; the socialists in this country are wanting to destroy this country. They want to take away our freedom, and so we need to be concerned.”

Really? Federal investigation of a former president means that the government is now coming after everyday Americans? Yes, according to Graham, Mike Huckabee, and the usual Trump apologists. Like megachurch pastor Jack Graham, who called the FBI raid an “attack by the deep state upon the spirit of the American people” (whatever that means). And Jentezen Franklin, another influential megachurch pastor, who described the raid on Trump’s home as an “injustice.”

You want to know what an “injustice” is? An injustice is a grand jury refusing to indict a woman whose dubious accusations were directly responsible for the brutalization, torture, and lynching of a 14-year-old boy? That is an injustice.

Trump, the overwhelmingly White Christian far right’s anointed leader, remains probably one of the most privileged people in America. He’s doing just fine. In fact, he was just at CPAC, defending criminals from the January 6 insurrection and still lying about winning the 2020 presidential election.

This is the man White Evangelicals believe was sent by God to “make America great again.” And, sure, Trump very well may have been “sent by God…” but perhaps for the purpose of exposing White Christian America’s idols.