Previous Next
Sponsored by

In a dynamic collection of poems, Drew Jackson explores the first eight chapters of Luke’s Gospel. These are declarative poems, faithfully proclaiming the gospel story in all its liberative power. This powerful poetry helps us hear the hum of deliverance—against all hope—that’s been in the gospel all along.

Below is an excerpt from God Speaks Through Wombs, taken from The Introduction.

There is a tradition, rooted in Jewish Midrashic thought, that understands the five books of the Psalter to be in conversation with the five books of Torah. Each book of Psalms is not meant to be a commentary on the corresponding book of Torah—the second book of Psalms doesn’t walk verse by verse through Exodus—but the psalmists engage the themes of each book of Torah, pulling together words into beautiful poetic verse. When I read in Psalm 46:1, “God is our refuge and strength, a very present help in trouble,” or Psalm 72:1, “Give the king your justice, O God, and your righteousness to the royal son” (ESV), I recognize that this poetry has been woven together by the strands of liberation and deliverance found in the book of Exodus. These are freedom songs, penned by those who experienced life from history’s underside but who knew God to be a God committed to their liberation.

Before I began to write God Speaks Through Wombs, I asked myself what it might look like in our day if the liberative message of the Gospels gave birth to poetry. The message of God’s activity in Jesus to deliver the world from injustice, oppression, and the bondage of death has been co-opted by those at the center of power, who have used it to carry out oppression. But Rome did not write the Scriptures—these words were given to us by those who knew the depths of poverty, who were constantly threatened by the brutality of policing forces, and who had to learn how to “sing the Lord’s song in a foreign land” because they had been forcibly ripped from their own (Psalm 137:4 ESV). In thinking about this reality, I was drawn to the Gospel of Luke, since Luke is especially interested in showing us that the good news of the gospel is good news for the poor. And not only is this good news for the poor, but it must be heard from them as well.

I write these poems from my interest in the contours of biblical and theological discourse, and I also write unapologetically as a Black man—a Black man who moves through the world in a Black body and who knows from lived experience that not all who look upon my Black skin love it as I do. A Black man who has been formed by the work of Langston Hughes, Lucille Clifton, and Nas. A Black man who has been soothed by the sounds of John Coltrane and who has sat under the tutelage of a Black mother, born and bred in the Richard Allen projects of North Philly. These poems are not simply a commentary on Luke’s words but an expression of my experience of Black love, Black longing, and Black joy.

I also write these poems as the son of a mother whose shadow never darkened a pulpit—she was told she was not allowed—but who taught me more about the liberating love of God than any pastor, priest, or professor. Though she is no longer with us, her words continue to resonate in my soul, and they have found their way onto these pages. She was a poet, from whom I inherited my love of words.

I am a poet, but I also believe that poetry gives us a way to “tell all the truth but tell it slant,” as Emily Dickinson says. The Black faith and spirituality that has nourished me is steeped in the prophetic tradition, and it has always been compelling to me that the Hebrew prophets were poets. Isaiah, Jeremiah, and Amos were poets who spoke into their times out of a well of deep love. I believe that we need poetry in our time, as in every time, for the beauty it brings in the midst of brutality and also for its ability to cut into our hearts.

This collection of poems is a small contribution to a much larger conversation that has been happening for millennia—from journeys through the wilderness, to the hulls of slave ships, to the pews of Black churches, to Grandma’s kitchen table. We have always known that liberation is God’s prerogative and our inheritance as those made in the image of God, and we have used story, song, poetry, and prose to remind each other of this. Whether you have been privy to this conversation for a long time or are just sitting down at this table, I hope that these poems move you toward being swept up in the current of justice that has been flowing ever since God said “Let there be” (Genesis 1).

My hope is that God Speaks Through Wombs would be engaged by lovers of poetry as well as those who may be stepping into poetry for the first time. And although this collection is in conversation with the Gospel of Luke, it is not only meant for those who are well-versed in the Bible. These poems can be read alongside the corresponding passages of Scripture, but they can also stand alone. Poetry has always interacted with faith and spirituality because poetry invites us to explore our interior landscape. A poem invites us to slow down—in fact, it demands it—and it serves as a “gesture toward home,” as the poet Jericho Brown says, welcoming us to return to our true dwelling place. Whoever you are, this book is for you.

As you read you may find yourself filled with righteous indignation, moved to silence, or even compelled to dance. Whatever it is, allow yourself to feel these words and to be caught up in the long struggle for freedom in which these poems found their shape.

Alert to the Times
Luke 3:1-2
Wake up! The hardest work is to keep
from being lulled to sleep. To resist the
glazing over of my eyes and to stay alert
to the times. These are tyrannical days.
Power is used in diabolical ways. Displays
of allegiance will keep them off my back,
but they will remain on our necks.
So, what’s next? This is a game of loyalty.
Who will I be in this moment of history?

Drew Jackson is the founding pastor of Hope East Village in New York City. He is the author of "God Speaks Through Wombs: Poems on God’s Unexpected Coming" (September 2021). He writes poetry at the intersection of justice, peace, and contemplation, with a passion to contribute toward a more just and whole world. 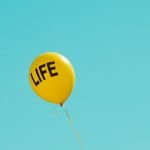