One day when he was seven years old, Levi Coffin was playing by the roadside where his father was chopping wood. He looked up and saw a gang of slaves trudging toward them along the road. The dark-skinned men were handcuffed and chained in pairs, towed by a long chain that extended between them. And a White man rode behind them on horseback, goading his caravan of human chattel with a long whip whenever their weary and reluctant feet lagged on the long journey. Since neither his parents nor grandparents ever owned slaves—increasingly a rarity in rural North Carolina in the early nineteenth century—this was truly unlike anything the boy had seen before.

As the forlorn procession passed, Levi’s father, with his only son at his side, engaged the men and asked about the reasons for which they were chained. With a deep and inconsolable sadness etched on his face, one of them responded with words that would be etched indelibly on the young boy’s mind: “They have taken us away from our wives and children, and they chain us lest we should make our escape and go back to them.” The thought of this father being stolen from his family—forcibly taken and kept from his children—haunted young Levi that day. With a mix of pained sympathy and childlike curiosity, he asked his father a litany of questions about what he had just witnessed. His father patiently answered each one—about the men, about the slave driver, about the meaning of their chains. But one thing lingered unresolved in the boy’s imagination as if he had just awoken from a bad dream: it was “how terribly we should feel if Father were taken away from us.” In a very real sense, these sentiments would haunt his moral imagination for years to come. He would later describe this life-altering incident as “the first awakening of sympathy with the oppressed” and the beginning of his “hatred of oppression and injustice in every form.” And so it was that Levi Coffin, who would become one of the most storied figures of the Underground Railroad, was “converted” at the age of seven to the cause of abolitionism. 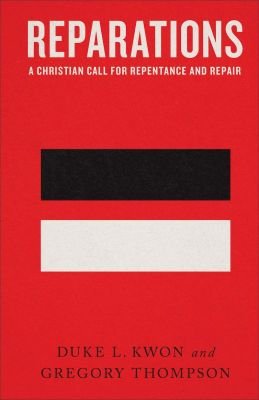 In the years that followed, ignited by formative experiences like the one just described and stoked by his Christian faith, Coffin’s antislavery convictions would fan into flame. He would condemn slavery as a “system by which, in order to get their labour without wages, the slaves were robbed of everything else.” The fugitive slave laws that Coffin would spend his days defying were formulated on the legal principle of restitution; slave owners, it was argued, had the right to recover their lost or stolen property. But Coffin clung to the belief that fugitive slaves were the true victims of theft. He also believed that it was “simply a Christian duty” to restore these despoiled human beings to a condition befitting their identity as “the image of God.” And when he moved to Newport, Indiana, in 1826, he would be afforded a singular opportunity to fulfill that very duty.

Soon after settling into his new home in Newport, together with his wife Catherine and their infant son Jesse, Coffin discovered that they were living on a “line” of the Underground Railroad—the clandestine network of safe houses, routes, and people who assisted runaway slaves during their perilous flight to freedom. He also learned that many of the fugitives who passed through Newport were captured by search parties and their packs of “negro dogs,” but the White residents in town were reluctant to get involved for fear of reprisal. Their fears, of course, were not unfounded. Under the law, those who assisted fugitive slaves were subject to heavy fines and imprisonment, and to the harassment and violent threats of slave owners and slave hunters. And Coffin himself would be no stranger to such intimidation. At the height of his involvement in the Underground Railroad, men routinely threatened to burn his house, or worse, shoot him, drag him into the woods, and hang him on a tree. But despite these foreboding dangers, Coffin remained confident that “my life was in the hands of my Divine Master.” And not only this, his mind and will were held captive to Scripture’s call to “love thy neighbor as thyself.” And so Levi and Catherine Coffin eagerly welcomed fugitive slaves into their home.

Their temporary neighbors arrived in groups of two to seventeen, often in the middle of the night and in poor health from exposure and fatigue from their harrowing journey. With humanizing compassion, the Coffins provided them unsparingly with anything they could offer: shelter, rest, food, convalescence, fresh garments, shoes, and supplies for the continuing journey north. As he describes in his autobiography, “It soon became known to the colored people in our neighborhood and others that our house was a depot where the hunted and harassed fugitive journeying northward, on the Underground Railroad, could find succor and sympathy.” And after decades of providing shelter to thousands of escapees in Newport, Indiana, and in his later years, Cincinnati, Ohio, Levi came to be known by the unofficial title, “the President of the Underground Railroad.”

The honor and flattery of that nickname notwithstanding, if there were a term that best captures the life and work of Levi Coffin, it would be one that came to be widely used among abolitionists for those who aided fugitive slaves: the good Samaritan. In fact, the biblical parable from which the term originates was formative to Coffin’s personal sense of calling. Ever since childhood, he once explained, appealing to the language of the parable, he had been convinced from the Bible that “it was right to feed the hungry and clothe the naked, and to minister to those who had fallen among thieves and were wounded.” When he defended the moral case for aiding fugitive slaves, he often appealed to the good Samaritan. In one edition of his autobiography, the editor introduced him as none other than “the Good Samaritan of hunted flesh and blood, with skin not coloured like his own, under whose roof were sheltered over three thousand fugitive slaves.”

But why? Why did this parable resonate with Coffin in this manner? And why was it that even to his colleagues and contemporaries the parable of the good Samaritan so aptly encapsulated his work? Consider: Here was a White merchant who showed restorative compassion to neighbors “with skin not coloured like his own,” those of a different—and despised—race. Brutalized and plundered, they had “fallen among thieves.” Although the dangers were always greatest for the escapees themselves, in providing them with roadside hospitality amid their long, arduous journey, Coffin also risked personal harm. It was a costly enterprise, too; for decades he funneled the wealth he had amassed from his prosperous retail business into the Underground Railroad. And he did these things not primarily as a response to personal guilt—he, his parents, and grandparents never owned a single slave—but rather, as a simple yet profound response to the Bible’s call to love your neighbor as yourself. And so, love he did, extending compassion to countless neighbors who had fallen among thieves on the Jericho roads of antebellum America.