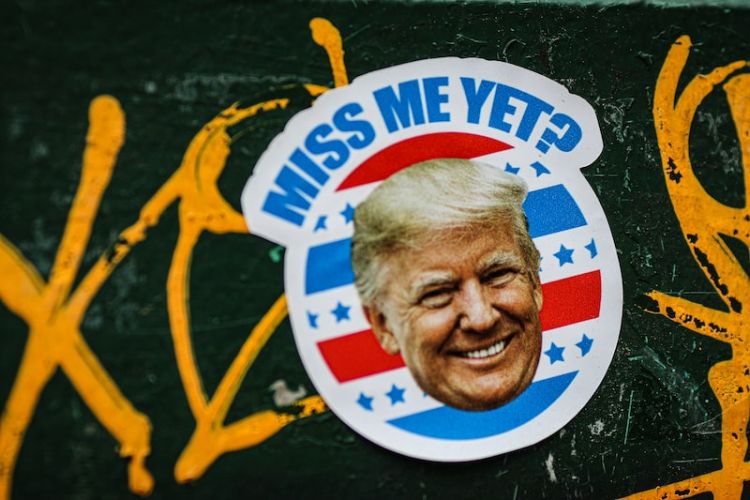 After the FBI completed a lawful search of former president Donald Trump’s Mar-a-Lago estate on Aug. 8, 2022, conservative politicians responded with one of three strategies: silence, circumspection and attack.

Many responses echoed Trump’s own framing of the search. In his Aug. 8 message he claimed his residence was “under siege, raided, and occupied by a large group of FBI agents.” In the statement, replete with war metaphors, Trump alleged that executing a legal warrant was “the weaponization of the Justice System” and an “assault” that “could only take place in broken, Third-World Countries.”

Trump’s framing of the event was quickly echoed by most Republican politicians commenting immediately on Twitter, despite the fact that they, like Democrats and the public, lacked relevant knowledge of the facts of the case that prompted the search and seizure of classified documents.

Message laundering occurs when inflammatory language and/or unsubstantiated claims are mixed with mainstream partisan communication and presented to the public with an air of respectability. Just as money laundering enabled mobsters to disguise their ill-gotten gain as the profits of a legitimate business, message laundering presents dishonest and dangerous speech as credible, innocuous or persuasive.

As a political communication scholar, I study how rhetoric strengthens or erodes democratic institutions. The aftermath of the FBI’s Mar-a-Lago search illustrates how message laundering can undermine democratic processes and gradually condition its audience to expect and accept violence.

After Trump released his statement, conservative politicians echoed key aspects of his message. Some sanitized Trump’s ideas by combining them with more measured critique or references to democratic processes.

House Minority Leader Kevin McCarthy, R-Calif., decried an “intolerable state of weaponized politicization” in the Justice Department, even as he promised to “follow the facts” and “leave no stone unturned” if the GOP retook the House. Democrats interpreted his directive to Attorney General Merrick Garland, “preserve your documents and clear your calendar,” as a threat. But the tweet launders Trump’s notion of a weaponized Justice Department by combining it with McCarthy’s promise to use democratic processes to “follow the facts.”

Similarly, South Dakota Gov. Kristi Noem recycled Trump’s war metaphors in her tweet, saying, “The FBI raid on President Trump’s home is an unprecedented political weaponization of the Justice Department.” She tempered that imagery, however, by appealing to the rule of law in the same tweet, asserting that “using the criminal justice system in this manner is un-American.”

Not all of the GOP’s early statements were measured, however. Some laundered more extreme ideas and edged readers toward an acceptance of violence.

In a tweet sent the night of the search, Florida Gov. Ron DeSantis labeled the search a “raid” and described it as “another escalation in the weaponization of federal agencies against the Regime’s political opponents.” He continued, saying, “Now the Regime is getting another 87k IRS agents to wield against its adversaries? Banana Republic.”

DeSantis’ invocation of “the Regime” legitimizes a fringe notion peddled by Michael Anton, a right-wing commentator and member of Trump’s administration. Anton speculates that Democratic elected officials would work in concert with members of the Biden administration, liberal judges and the media – who, together, form “the regime” – to prevent Trump from taking office again using legal or illegal means.

DeSantis referenced a budgetary item included in the Democrats’ Inflation Reduction Act that would allocate “$80 billion to the IRS.”

McCarthy also referred to that aspect of the bill, alleging a “new army of 87,000 IRS agents” are “coming for” American taxpayers. Politifact and The Washington Post debunked the notion. Yet Republicans repeatedly made that argument.

The imagery of an “army” of federal agents turned against ordinary Americans via legislative mandate legitimized the alarmist rhetoric that followed. As GOP tweets coalesced, the line item from the Inflation Reduction Act merged with reports of the Mar-a-Lago search in ways designed to make individual voters feel vulnerable.

The GOP members of the House Judiciary Committee tweeted, “If they can do it to a former President, imagine what they can do to you.” Rep. Lauren Boebert, R-Colo., tweeted, “This #DepartmentofInjustice must be held accountable. It was President Trump today, but it’s you next if we don’t take a stand.”

Rep. Marjorie Taylor Greene, R-Ga., tweeted that the FBI “raiding President Trump’s home” was the “type of things that happen in countries during civil war.” Conservative pundits and politicians cast FBI agents as “Gestapo” and “brown shirts,” the latter referring to Hitler’s storm troopers. In an interview on Fox News, Sen. Rick Scott, R-Fla., exclaimed, “This should scare the living daylights out of America citizens” and compared the U.S. federal government to the Nazis, the Soviet Union and Latin American dictatorships.

Communication scholars have observed that once political opponents are cast in those terms, democratic remedies are insufficient. The opponent must be destroyed, and violent repercussions seem reasonable.

A Bloomberg newsletter noted that during the week of Aug. 8, the #CivilWar hashtag gained traction on various platforms, reflecting a “war-time mentality (that) has become increasingly common since it’s started to find footing with politicians.”

The Texas Nationalist Movement issued a statement citing the “raid” on Mar-a-Lago, the “weaponization and politicization of federal instruments of power” and the “announcement of the hiring of 87,000 IRS agents” as grounds for Texas to secede.

During the week that followed the Mar-a-Lago search, FBI officials reported numerous instances of individuals threatening FBI field offices, with some confrontations ending in violence. On Aug. 12, the FBI and the Department of Homeland Security released a joint bulletin documenting an increase in violent threats to law enforcement and other government officials.

Message laundering does not always result in politically motivated violence, but it can make violence seem like a logical and reasonable response to partisan disagreement. Voters should be aware of this rhetorical tactic.

Karrin Vasby Anderson is a professor of Communication Studies at Colorado State University.