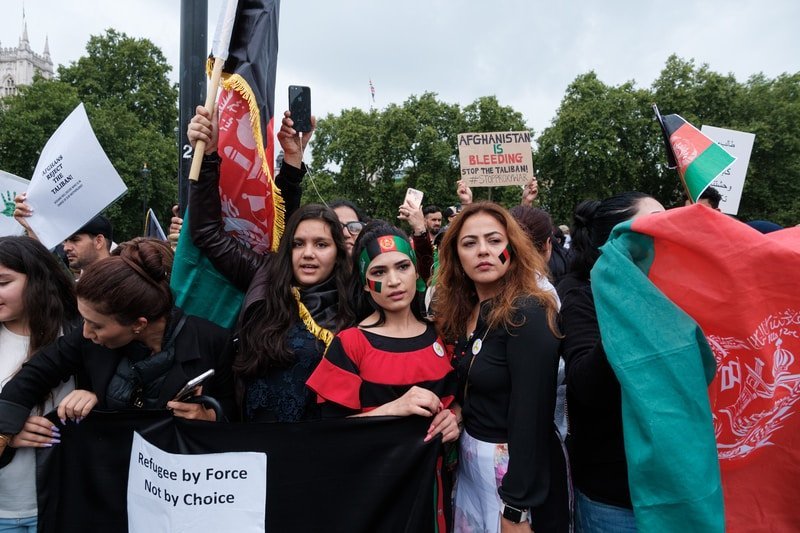 (RNS) — As the United States planned its military withdrawal from Afghanistan, faith-based refugee resettlement organizations led calls for the evacuation of Afghan allies whose lives may be endangered by the country’s new Taliban regime.

Now, as the U.S. continues its evacuations of American citizens and Afghans who have worked for the U.S. over the past 20 years, those organizations are leading efforts to help Afghans settle into the country.

And many Americans are looking for ways to help their new neighbors.

“We are overwhelmed at the support of our community! We have never seen this scale of love, generosity and support in World Relief’s history,” said James Misner, senior vice president of strategic engagement for World Relief, one of the nine agencies contracted with the U.S. government to resettle refugees in the country.

“In recent years refugees and immigrants have been politicized. Right now there is broad base and bipartisan support to help our Afghan allies — get them out and get them here.”

Here are a few of the faith-based organizations working with Afghans both overseas and arriving in the U.S. and some ways you can help them.

Bethany Christian Services, based in Grand Rapids, Michigan, has welcomed and supported more than 250 Afghan refugees since 2001, mostly in western Michigan and eastern Pennsylvania, according to its website.

Churches or individuals in its resettlement areas (including Grand Rapids, Holland and Kalamazoo in Michigan or Philadelphia, Allentown and Lancaster in Pennsylvania) can contact their local Bethany offices to co-sponsor a newly arrived Afghan family and help them settle into their new homes. Volunteers also can assemble welcome baskets, which can include:

Anyone can make a financial donation to help Bethany provide those needed items to refugees on its website.

Church World Service, another agency working in partnership with the U.S. government to resettle refugees, has welcomed more than 7,000 Afghan Special Immigrant Visa recipients and their families since 2009, according to its website.

CWS has issued an emergency appeal to support Afghans now arriving in the U.S., asking for $700,000 in financial support to offer transportation, food and other emergency support and up to $450,000 in in-kind housing support.

Monetary donations can be made online or mailed to Church World Service, P.O. Box 968, Elkhart, IN 46515 (designated to Protect Our Afghan Allies). Those interested in sponsoring a family arriving in their community or providing in-kind support — including landlords able to rent housing to new arrivals — can fill out a form online or email [email protected]

CWS has also compiled sample messages urging lawmakers to protect Afghans seeking safety on its website that can be shared on social media or sent to lawmakers.

Episcopal Migration Ministries, the refugee resettlement and migration ministry of the Episcopal Church, is another one of the agencies working in partnership with the U.S. government to resettle Afghan allies.

Its greatest need is housing assistance, and it is accepting financial donations for housing and other basic needs both online and by mail at DFMS-Protestant Episcopal Church US, P.O. Box 958983, St. Louis, MO 63195 (designated to Episcopal Migration Ministries and Afghan allies).

Individuals and congregations can also fill out a form online for more information about volunteer opportunities through one of Episcopal Migration Ministry’s partners across the country, attend an informational webinar at 4 p.m. Eastern on Friday (Aug. 27) or use the Episcopal Church’s online tool to easily email their senators and representatives to continue advocating for evacuating and resettling Afghan refugees.

HIAS (founded as the Hebrew Immigrant Aid Society), another agency working in partnership with the U.S. government to resettle refugees, has also identified housing as its greatest need.

Those able to provide temporary or permanent housing or to support Afghan families in their communities in another way can fill out a form on the HIAS website or reach out to one of its partners across the country. It is also working with Airbnb to connect displaced Afghans with people who have space to share.

The organization has created an email form to contact the White House and sample email texts for contacting lawmakers for those who want to advocate for continued evacuations from Afghanistan.

And those who want to contribute money to help provide food, housing assistance, job training, gender-based violence counseling and other critical goods and services can donate on HIAS’ website.

Islamic Relief USA has been offering humanitarian aid in Afghanistan for 20 years, according to its website.

Its staff in Afghanistan has identified Kabul, Balkh, Herat and Nangarhar provinces as areas in need of immediate support. It is distributing water storage units and hygiene kits for displaced families; food; essential items such as cooking pots, utensils, pots, soaps and detergents, solar-powered lamps and towels; and family-sized emergency tents.

It is accepting financial donations to support those efforts on its website.

Jewish Family and Community Services of Pittsburgh is working with several local groups to prepare for Afghan refugees, according to local news reports.

Pittsburgh is one of the cities receiving an influx of Afghans arriving in the U.S. with SIVs, according to JFCS, and the organization has set up a United Way fund to help them build new lives in the country. It also is looking for donations of furniture, gift cards, groceries and other needs for specific families on its website, as well as volunteers to help families with transportation, apartment set-up and mentorship.

Lutheran Immigration and Refugee Service, another agency working in partnership with the U.S. government to resettle refugees, has compiled a number of resources on its website for those looking for more information about the situation in Afghanistan.

For those interested in getting involved, LIRS is calling for volunteers to help support Afghans arriving in the U.S. by offering airport pickups and apartment set-ups and by bringing meals to individuals and families. Sign up on the LIRS website to help Afghans currently arriving in Seattle and Tacoma in Washington; Houston and Fort Worth in Texas; and the Washington, D.C.-Virginia-Maryland area or to be placed on a standby list should they arrive in other locations.

And it has set up an online tool that allows users to easily email their senators and representatives, as well as the White House, to express support for continued evacuations and other protections for Afghan allies.

World Relief has shared information about the situation in Afghanistan, as well as ways to volunteer, advocate and give on its website.

Those wishing to join World Relief’s global network of over 95,000 volunteers can reach out to the office nearest them. Specifically, offices receiving a large number of Afghans, including Sacramento, California, need donations of furniture and other household items to prepare apartments, families willing to open their homes temporarily until housing is available and landlords willing to rent apartments to Afghans arriving without a credit history.

Those interested in advocating can email lawmakers through World Relief’s website, urging them to “expand and expedite life-saving refugee protections for Afghans fleeing violence and persecution.”

Those able to give can make a one-time or monthly donation online or purchase items on World Relief’s Amazon wishlist.