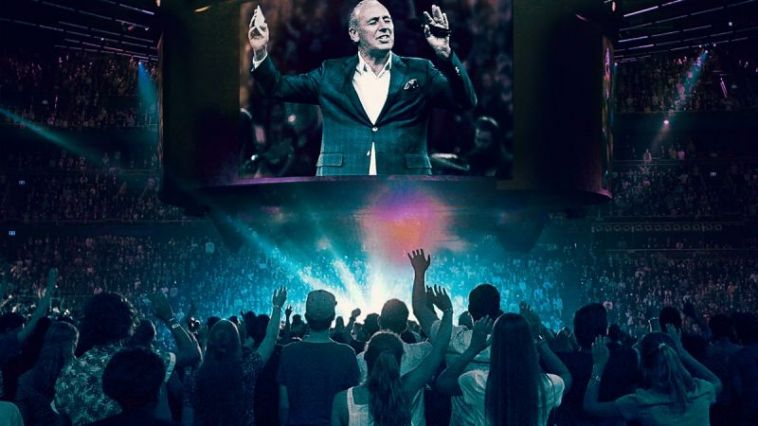 The film opens with a bang, as Hillsong’s dance production at a 2016 conference features routines akin to Cirque du Soleil and fireworks on stage. This presentation of Hillsong as more glitz than substance continues throughout the film.

In one eye-opening sequence, Hillsong London youth minister Daniel Blythe takes his core team of college-age leaders to a tattoo parlor. They all get matching “70×7” indelible marks, calling it a tribute to the gospel message of forgiveness. Upon the tattoo artist completing her work, one of the guys jokingly remarks: “It is finished!”

Recruited away this past spring by another UK megachurch, Blythe provides particularly candid remarks in the film.

“I’m in the full Hillsong starter pack,” he says in an interview alongside his wife Charlie. “I’ve got the fedora. I’ve got the leather. I’ve got the boots and the skinny (jeans).” Charlie pipes up: “And a beautiful wife on his arm!”