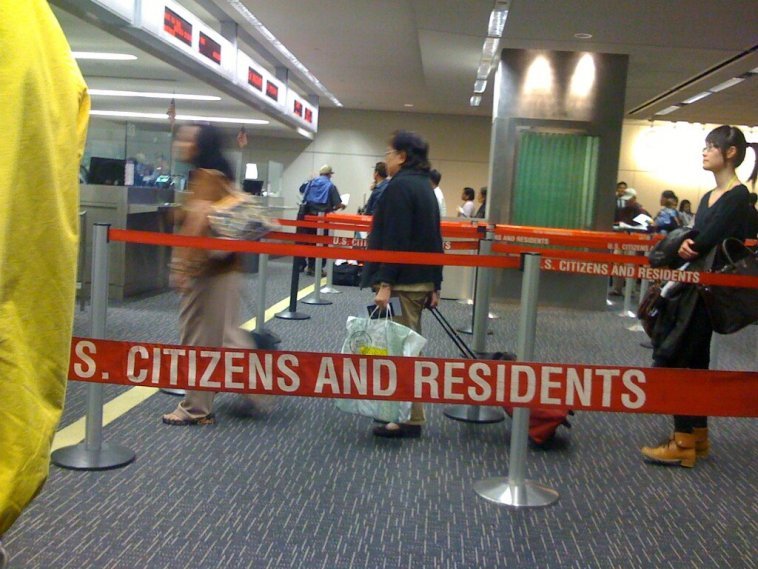 The U.S. government late Monday deported a crucial witness in an ongoing investigation into allegations of sexual assault and harassment at an El Paso, Texas, immigrant detention center, the witness’s lawyers said.

The 35-year-old woman has been held in the facility, which is overseen by Immigration and Customs Enforcement, for about a year and told lawyers about a “pattern and practice” of abuse there, including that guards systematically assaulted her and other detainees in areas that were not visible to security cameras.

Several guards “forcibly” kissed her, and at least one touched her intimate parts, often as she was walking back from the medical unit to her barrack, according to her complaint filed with law enforcement agencies.

“If she behaved,” she said one guard told her, “he would help her be released.”

The Department of Homeland Security’s Office of Inspector General launched an investigation into the accusations after ProPublica and The Texas Tribune first reported them last month. At least two more women have since come forward with similar allegations of assault.

The inspector general requested that ICE not deport the woman and the FBI interviewed the woman extensively, according to her lawyers. Her attorneys also sent a complaint to the U.S. Attorney’s Office for the Western District of Texas and the El Paso County District Attorney’s Office, warning of a potential criminal investigation.

Those government agencies did not immediately respond to requests for comment.

Jeanette Harper, a spokeswoman for the FBI’s El Paso office, said the agency’s policy prevents it from commenting on an ongoing investigation. She said the lead agency into the woman’s allegations is now the Justice Department’s Inspector General, which oversees accusations of civil rights abuses. That office did not immediately return a call seeking comment.

Last Friday, lawyers filed a habeas petition in federal court asking that the woman be freed on supervised release and held in an immigrant shelter in El Paso.

They said in an interview that guards and inmates had been making intimidating comments to her following her accusations and that she felt unsafe.

She gave investigators a tour of the facility, showing where the assaults occurred in security camera blind spots, her lawyers said. Shortly after she quoted one guard telling her: “You need to watch out for yourself.”

“Everybody knows, and it just made things very difficult for her,” said her lawyer, Linda Corchado.

Three days after her habeas was filed, DHS’ inspector general reversed its earlier position and told ICE that the agency could deport the woman and investigators would further interview her by telephone from Mexico if necessary, her lawyers said.

Within hours, she had been sent back even though she says she fears persecution from drug cartels there. A high-ranking cartel member sexually assaulted her and threatened her after she reported the attack to police, according to statements she gave the U.S. government.

The government “allowed their most powerful witness to be deported,” Corchado said. “How can we possibly take this investigation seriously now or ever pretend that it ever was from the outset?”

Ranjana Natarajan, who directs the Civil Rights Clinic at the University of Texas at Austin’s School of Law and who filed the woman’s habeas petition, wrote in an email that the government’s decision was “extremely disappointing.”

The woman had waived her right to appeal her deportation in July, long before the allegations became public. She told ProPublica in a telephone interview last month that she worried about being targeted in the detention center for speaking up about the abuse.

In August, her lawyers filed an application with ICE requesting the agency not remove her and that it release her until the investigation is complete. She could also qualify for a legal status known as a U visa, which is intended for immigrant victims of crime.

Instead, the government deported her.

“We hope that the government does not abandon its investigation of disturbing and egregious allegations of sexual misconduct at the El Paso detention center,” Natarajan said.

ProPublica and the Tribune are not identifying the deported woman because she said she is a victim of sexual assault. She repeatedly told reporters, lawyers and investigators the same account, identifying the officers who abused her and other detainees.

When she complained to a captain, she said he dismissed her. One officer who had assaulted her briefly disappeared from her area of the detention center only to later return, becoming “increasingly aggressive and intimidating.” She told lawyers that the same officer was still working in her area of the facility last week.

“She has lived in constant panic that he may do something against her again,” according to her complaint.

The allegations detailed by her and two other detainees in that filing also involved a lieutenant who detainees said was promoted even after women complained. At least one other woman was deported after a guard assaulted her, detainees told lawyers.

A spokesperson for ICE has said that those allegations would be investigated, including by its Office of Professional Responsibility. The agency has “zero tolerance” for abuse, she wrote in an email last month. “When substantiated, appropriate action is taken.”

A spokesperson for Global Precision Systems, a subsidiary of Bering Straits Native Corporation, which contracts with ICE to run the El Paso facility, has said that she could not comment on pending legal matters.

The El Paso allegations are the latest instance of sexual abuse complaints related to detention centers run by ICE, which imprisoned an average of 50,000 immigrants daily across the country in 2019. Most are operated by contractors at taxpayer expense.

Another woman also said she was repeatedly harassed while in the El Paso detention center and that guards continued to reach out to her even after she was released.

She told ProPublica and the Tribune in a telephone interview that officers encouraged detainees to sign up for anti-anxiety pills because they oversee the dispensing of medication at night and have access to an enclosed off-camera area.

“Most women who are still there are scared of saying anything,” she said. “You don’t know what they can do.”

Editor’s note: This article was republished from Pro Publica under a Creative Commons license.