A Beacon for ‘the Light of Truth’ — Remembering Ida B. Wells-Barnett

A Beacon for ‘the Light of Truth’ — Remembering Ida B. Wells-Barnett 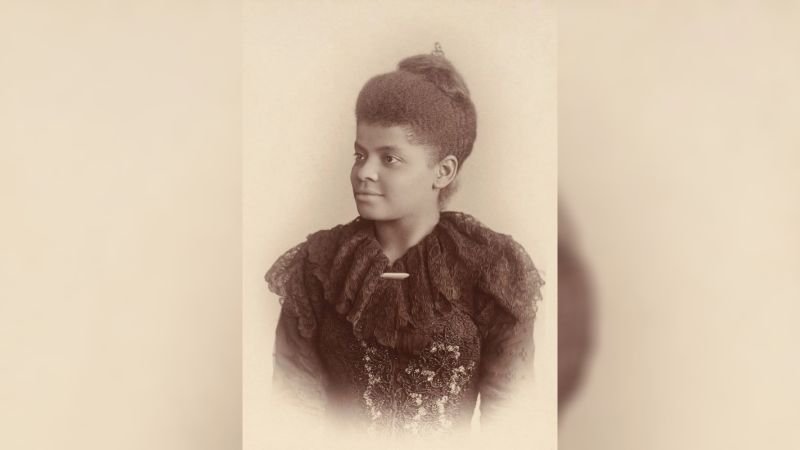 Ida B. Wells Barnett, in a photograph by Mary Garrity from c. 1893. (Public domain, via Wikipedia)

“Brave woman! you have done your people and mine a service which can neither be weighed nor measured. If American conscience were only half alive, if the American church and clergy were only half [C]hristianized, if American moral sensibility were not hardened by persistent infliction of outrage and crime against colored people, a scream of horror, shame and indignation would rise to Heaven wherever your pamphlet shall be read.” – Frederick Douglass, in a letter to Wells-Barnett about her published work, Southern Horrors: Lynch Law in All its Phases (October 25, 1892)

Ida B. Wells-Barnett was born in Holly Springs, Mississippi, on  July 16, 1862 to enslaved parents. Wells-Barnett was one of the most relentless warriors for racial justice of her time. Propelled by the undercurrent of her faith in a God who saw the plight of her people, Wells-Barnett fought tirelessly against the system of lynching in the American South—even under the threat of being lynched herself.

In 1878, both of her parents died from yellow fever. As the oldest of eight siblings, she turned down the offer from relatives to split the children up among them. Instead, the teenager decided to care for them herself. Wells-Barnett had attended Shaw University, now Rust College, in Holly Springs and got a teaching job at a school near her hometown. She was able to keep her family together until 1883, when she left for better work in Memphis. Little did she know that this transition would thrust her into a life-long career in activism.

Discovering the Power of the Pen

Despite the relative lack of education that she had compared to her colleagues, Wells-Barnett was able to get in touch with what she called the “real me” when she began writing for a newspaper called “The Living Way” while still teaching in Memphis. Thus began her love for journalism. Even before her anti-lynching campaign began, Wells-Barnett became well-known for her brutal criticisms of people and systems that she understood to be unjust.

Wells-Barnett believed that in order to gain true progress for her people, the old Victorian ways of understanding innocence, especially for women, had to be completely shed. She believed agitation and protest were necessary for racial justice, and so she spoke out explicitly—especially when it came to White women’s sexual assault allegations against Black men and boys. These beliefs isolated her from many in the Black community at the time, with critics calling her “egotistical” and “a crazy woman.” She opposed Booker T. Washington’s work openly, and even W.E.B. DuBois did not consider her to be fit for leadership.

“What is, or should be, a woman? Not merely a bundle of flesh and bones, nor a fashion plate, a frivolous inanity, a soulless doll, a heartless coquette—but a strong, bright presence, thoroughly imbued with a sense of her mission on earth and a desire to fill it; an earnest, soulful being…”

It was her writing and editorship of the Black-owned “The Memphis Free Speech” newspaper that cemented her place as a radical thinker and operator. When some close friends of hers were lynched in Memphis in 1892, Wells-Barnett wrote a scathing review of the city, calling for the Black citizenry to “save our money and leave a town which will neither protect our lives and property, nor give us a fair trial in the courts, but takes us out and murders us in cold blood when accused by [W]hite persons.”

Black residents left the city in droves, taking their money with them. White residents pleaded with Wells-Barnett to recant her statement, but she refused. After she wrote an article implicating White women—accusing them of lying about their alleged assaults, and actually suggesting that White women enter into consensual relationships with Black men—White residents took their rage out on her newspaper office. Wells-Barnett happened to be out of town when the article was published, and White locals threatened to lynch her if she ever set foot in Memphis again.

In her exile and throughout her life, Wells-Barnett’s faith was tested. She prayed consistently in her diaries for God to help her with her self-described character flaws, and her activism spilled into her spiritual life as a natural extension of her theology.

“Thou hast always fought the battles of the weak and oppressed,” she wrote in her diary. Another entry reads: “Oh God, is there no redress, no peace, no justice in this land for us?”

“Yet I do not fear,” Wells-Barnett adds. “God is over all and He will, so long as I am in the right, fight my battles and give me what is my right.”

When renowned preacher Dwight L. Moody spoke at a White church in Memphis, Wells-Barnett attended. Moody had a habit of following the custom of segregation when he spoke at churches in the South, and so Wells-Barnett was forced to sit in a part of the church designated for Black attendees.

This angered her, and she fully intended to confront Moody on “why ministers never touched on that phase of sin—caste distinction—practiced even in the churches and among [C]hristianity (?) but rather, tacitly conniving at it by assenting to their caste arrangements, and accepting it as a matter of course, instead of rectifying it…” But Moody left town before she had the chance.

Wells-Barnett called out the church for its role in segregation, looping it in with the rest of society as a place in need of reformation. “The doors of churches, hotels, concert halls, and reading rooms are alike closed against the Negro as a man,” she said, “but every place is open to him as a servant.”

Wells-Barnett embodied her own words: “The way to right wrongs is to turn the light of truth upon them.”

A radical feminist, teacher, mother, and journalist—she spoke truth into the face of power every time. She carried the torch, illuminating a dark era in American history, so her children and the generations that followed could learn to thrive. Wells-Barnett died March 25, 1931, at the age of 68 in Chicago, Illinois, leaving behind a powerful legacy. She was survived by husband Ferdinand Lee Barnett and their six children, including two from Barnett’s previous marriage.