Ida B. Wells Barnett, in a photograph by Mary Garrity from c. 1893, alongside an image of Mattel's Inspiring Women doll made in her likeness. (Public domain, via Wikipedia; Mattel)

Anti-lynching activist Ida B. Wells has been honored by Barbie as one of its “Inspiring Women” dolls, putting the journalist and suffragist in the company of celebrated poet Maya Angelou and civil rights leader Rosa Parks.

Amazon had the Ida B. Wells Barbie Inspiring Women doll listed on its website as “sold out” as of January 6. The doll “pays tribute to pioneering journalist and tireless activist for racial and gender equality,” according to its description on the site.

Although Mattel has yet to publicly announce the doll’s existence and it was not listed on its website at the time of this report, the official release date appears to be January 17, 2022.

As noted in our initial report on the Ida B. Wells doll, Faithfully Magazine emailed a request for confirmation about the new product to Mattel’s press department, but received no response.

In addition to being listed on Amazon, the Ida B. Wells doll could also be found on some Target shelves. One Instagram user with the name “dolliciouslife” published a video to her account on January 6 showing the Wells doll placed next to the Angelou doll at a Target store.

Another shopper published an image of both dolls in what appeared to be a Target cart.

They have a Maya Angelou and Ida B Wells dolls and I’m shaking trying to stop myself from getting them. pic.twitter.com/TkiEBMw4HP

Some independent vendors have also posted online listings for the doll, and on eBay several sellers had the Ida B. Wells Inspiring Women dolls for sale at the time of this report. The manufacturer’s suggested retail price for the Inspiring Women dolls have been $35. Sellers on eBay had theirs listed at well over two to three times that price.

The Ida B. Wells doll wears a dark blue dress with lacing at the bodice, collar and waist and Wells’ signature top-bun hairstyle. The doll also holds a copy of the Memphis Free Speech newspaper that Wells was part owner of during the late 19th century. Its packaging is identical to that of other dolls featured in the Inspiring Women line.

“Ida B. Wells-Barnett, born in Holly Springs, Mississippi, in 1863 to enslaved parents, was one of the most relentless warriors for racial justice of her time,” reads our historical profile on the journalist and activist famously known for her seminal work, Southern Horrors: Lynch Law in All its Phases. “Propelled by the undercurrent of her faith in a God who saw the plight of her people, Wells-Barnett fought tirelessly against the system of lynching in the American South—even under the threat of being lynched herself.”

The Inspiring Women doll in Ida B. Wells’s likeness makes her the 11th doll, and the fifth African American woman to be featured in the Barbie series. Other famous Black figures in the line include Dr. Maya Angelou, Rosa Parks, Ella Fitzgerald, and Katherine Johnson. 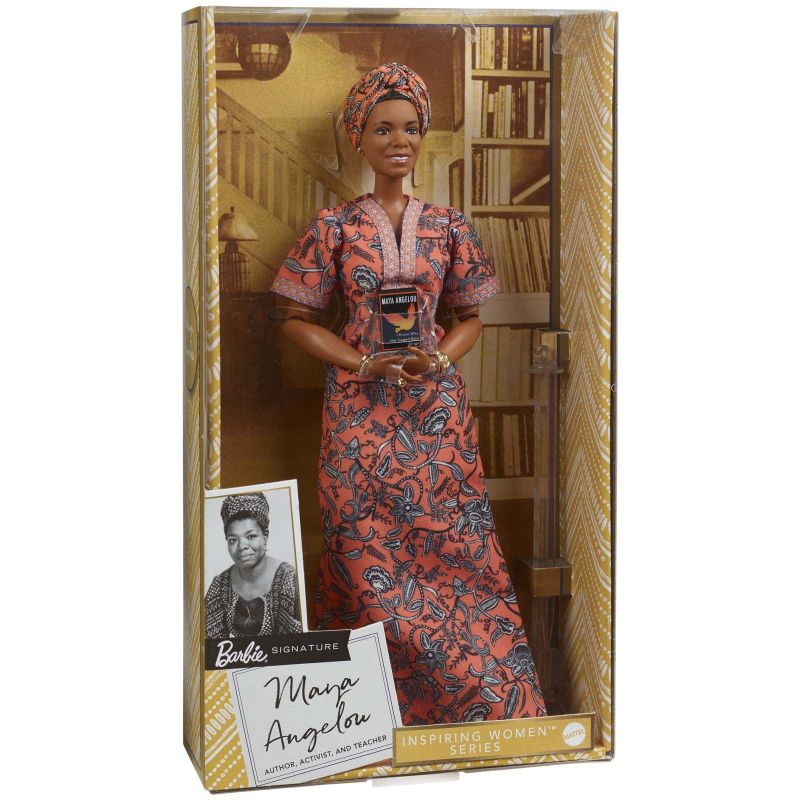 Mattel revealed the Inspiring Women series in 2018. The line is meant to celebrate “courageous women who took risks, changed rules and paved the way for generations of girls to dream bigger than ever before,” according to Mattel.