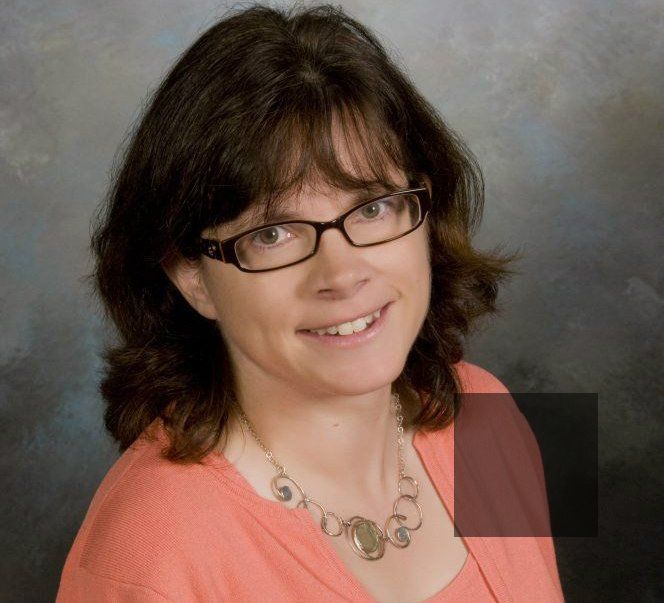 Dr. Mary Beth Swetnam Mathews is a professor of religious studies at the University of Mary Washington whose areas of specialty include American religious history, Protestant Fundamentalism and Evangelicalism, African-American religions, and religion and politics in the United States. Mathews has authored several books, including Doctrine and Race: African American Evangelicals and Fundamentalism Between the Wars.

In this interview, Mathews answers questions about her research on African-American Christians in the context of Fundamentalism and Evangelicalism in the early 20th century in the United States. The interview was conducted by email. The following transcript has been lightly edited for clarity.

Tell us briefly about your academic career and how you got to where you are as a professor at the University of Mary Washington.

I came to academia in an indirect way. After receiving my undergraduate degree from the College of William and Mary, I spent nine years working on Capitol Hill, starting as an unpaid intern and ending as a legislative director. During those nine years, I continued to be interested in topics in American religious history and finally made the decision to pursue a Ph.D. in Religious Studies at the University of Virginia.

How did you first get interested in the subject matter for Doctrine and Race, specifically, African-American Evangelicals? Is this topic a continued research interest for you?

Doctrine and Race grew directly out of an unanswered question I had after finishing my first book, Rethinking Zion: How the Print Media Located Fundamentalism in the South. Specifically, what I kept returning to was, why did so many White Fundamentalists start out as southerners and move to the North? That question led me to more research into the specific circumstances of White men, like John Roach Stratton and William Bell Riley, and why they moved north (to New York City and Minneapolis, respectively).[emaillocker id=60875]

I still don’t have a good answer to that question, but as I read more of their personal papers, I was struck by a common notion they held on race relations in America: that as southern White men, they believed they could speak as experts on what African Americans needed to succeed in America. Of course, their perspectives were inherently racist, as most White Americans were at the time. The White Fundamentalist paternalism wasn’t really a surprise to me, but I wanted to see what African-American Evangelicals thought of Fundamentalism per se. It seemed to me, initially, that African-American Evangelicals would be a natural target field for Fundamentalism; the historiography paints them as doctrinally conservative, so wouldn’t they embrace Fundamentalism? The answers, I discovered, were much more complex.

Doctrine and Race seems to “fill in the gaps” where the common narrative of the Fundamentalist-Modernist Controversy has either ignored or intentionally marginalized certain traditions and voices such as African-American Christians. What is the common narrative, where did it come from, who has propagated it, and why does it have particular sway in theologically-conservative Evangelical circles?

I’m not sure I can answer these questions from the point of view of conservative Evangelicals themselves, but I can certainly speak to the way historians of American religion have developed a narrative of Fundamentalism/Modernism. Many of the scholars who have worked on the history of the Fundamentalist-Modernist controversy have engaged the question from two distinctly obvious methods. The first is the common notion in American history that to answer questions about events, groups, or politics, you look first to what the “consensus” was or what the majority did. These approaches privilege the voices of White men on just about every topic—from the Puritans to the Revolutionary War to the Cold War to the rise of the Christian Right. Such approaches are fine for understanding the larger topics, but we need to pay attention to the marginalized and less obvious actors in American history to get a more complete picture of what happened and how those actions affected a wide variety of people. Scholars of American secular history have been engaged in such pursuits for quite some time, and in my own area of American religious history, we’re starting to do a really wonderful job of catching up. Anthea Butler’s Women in the Church of God in Christ: Making a Sanctified World and Arlene Sanchez Walsh’s Pentecostals in America are just a couple of examples.

The second method that historians have used but are starting to move away from is seeing religious movements and ideas as simple dichotomies: Fundamentalism vs. Modernism, civil rights as either Martin Luther King, Jr. or Malcolm X, for example. Framing debates as two warring sides makes for easy narratives, but it ignores the vast majority of people who may have seen something of interest on both sides. I remember the moment I recognized the weakness of thinking in such binaries. In graduate school, I took an oral history course and for it interviewed my stepfather, asking him about his experiences growing up African American in Washington, D.C. before home rule. He mentioned in that interview that he had once heard Malcolm X speak and that he thought the Nation of Islam leader had some good ideas but that he also found common ground with Dr. King. From that interview to today, I’ve questioned those easy dichotomies.

“Framing debates as two warring sides makes for easy narratives, but it ignores the vast majority of people who may have seen something of interest on both sides.”

So the common narrative of the Fundamentalist/Modernist controversy used to state that Fundamentalism emerged as a reaction to modern life (changes in biblical scholarship, social mores, and technology) and that Fundamentalists, after being challenged by Modernists, went underground until they reemerged in the 1970s as part of the Religious Right. That narrative relied heavily on White actors—both for the Fundamentalists and for the Modernists—and an assumption that Modernism somehow clearly defeated the Fundamentalist forces, whether at the battle of the Scopes Trial or in the court of public opinion. Scholars now are demolishing those notions, and they’re also quite busy arguing that Fundamentalism itself is hard to define and that many of the operating definitions we’ve used in the past are tenuous at best.

Why did you think that Doctrine and Race needed to be published? What was missing or was too far in the background in this area of research that you thought should be brought to the foreground, both in the academy as well as at the popular level?

What works influenced you specifically in your interest in this topic as well as your research?

My work in Doctrine and Race was a concerted effort to engage with George Marsden’s Fundamentalism and American Culture by showing how his definition of Fundamentalism and his definition of American culture were both based on White Protestantism and its views of the world. Marsden and subsequent historians like Joel Carpenter (Revive Us Again: the Reawakening of American Fundamentalism) tend to use White Protestant battles as their default positions, rather than interrogating other sources. To be fair though, the question of sources was one that dogged me as well. African-American denominational newspapers, although [they are] very helpful and present a good picture of the questions under debate at the time, I found it difficult to expand my sources beyond those periodicals. Many African-American denominations lacked the funds to preserve large archives of primary sources, so researchers have to be more creative in their approaches. While she did not write about Fundamentalism, Judith Weisenfeld schooled us all in how to use unusual sources to find information about religious beliefs. In New World A-Coming: Black Religion and Racial Identity During the Great Migration, she discovered a rich narrative of African-American migrants questioning racial and religious categories as she researched their draft registration cards. What a genius!

“Many of the writers in the sources I read were more interested in simple questions of “how does this improve the lives of an oppressed people” than they were in calculating exactly how in line their position was with conservative theology or conservative politics.”

Your research in the book seems to show that African-American Evangelicals generally were in a “both/and” as well as “neither/nor” when it came to traditional fault lines between Fundamentalists/Evangelicals and Modernists. How do you think this factors into discussions within Evangelicalism today? In particular, in my context, there is a growing divide within Evangelicalism between those who affirm social justice and others who see it as a sign of a “liberal” slide back to the Modernism in the 1920s and 1930s.

As a historian, I have the luxury of being able to focus on past events and not have to comment too much on current events, but I do think that most groups, whether religious, ethnic, racial, or political, are very rarely as monolithic as either historians or pundits want to make them. For example, there’s still a definite connection between my work and the way news media today understands African Americans and their religious and voting habits. Black conservative politicians, like Representative Mia Love, get singled out for their apparent opposition to what outsiders would label as racial self-interest, but these same politicians make cogent arguments for why they see conservatism as racial self-interest. That modern Evangelicals are having debates about the role of social justice and its relationship to the gospel are indicators that these differences are alive and well. I’d be more worried if they weren’t having these discussions than I am that they are happening.

Those are excellent questions. While I can’t speak as much to the denominations created during the White Fundamentalist debates (for example, the “Come Outers”), I can say that in the case of African-American Evangelicals between the wars there was no simple answer to that question. Many of the writers in the sources I read were more interested in simple questions of “how does this improve the lives of an oppressed people” than they were in calculating exactly how in line their position was with conservative theology or conservative politics. The shift, for example, from voting with the Republicans to voting with the Democrats, which I discuss in Chapter 5, centered around what the political parties had or had not done for African Americans. For the White denominations, racism was so deeply embedded in White Americans’ psyche that racial questions don’t seem to be a part of why they decided to split. But I haven’t delved into that as deeply in my research.

I hesitate to make direct comparisons of today to the 1920s and 1930s, mostly because I’m a historian and not a sociologist. I would say that in so many ways, though, Dr. Martin Luther King’s observation that 11 a.m. on Sunday morning is the most segregated hour in America still holds true today. What has changed, however, is that groups are having real conversations, and many White Christians do try to grapple with the racist histories of their denominations and their current privilege in a world that is changing. That gives me some hope that 100 years from now, there might be a very different person writing a very different history of Evangelicals in the early 21st century. 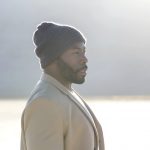 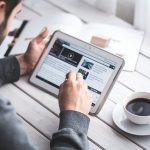