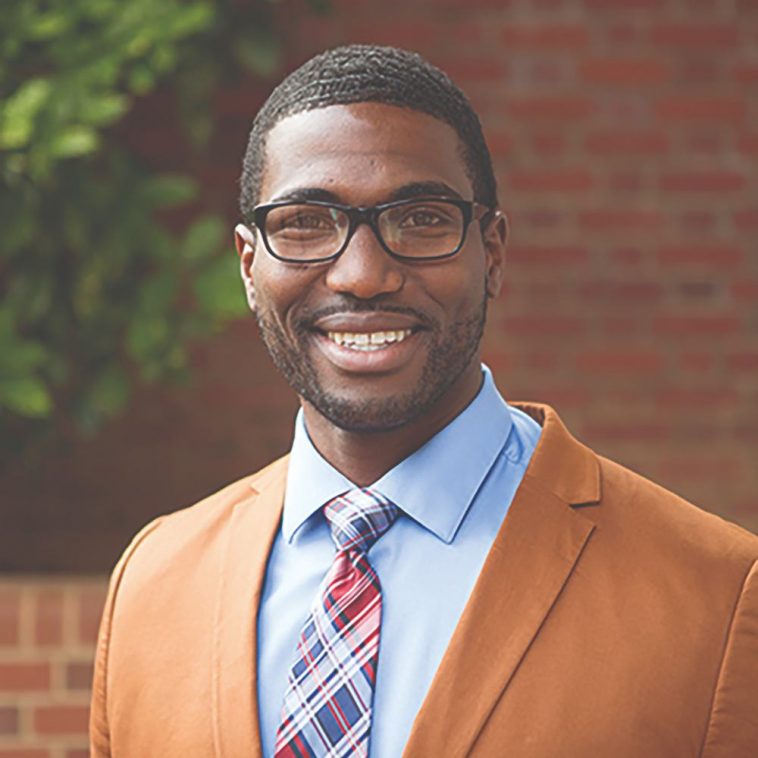 This interview was published in Faithfully Magazine No. 2 (Summer 2017).

Walter R. Strickland II teaches theology at Southeastern Baptist Theological Seminary in Wake Forest, N.C. He is also the seminary’s Special Advisor to the President for Diversity. Strickland was elected as first vice president of the Southern Baptist Convention at its 2017 annual meeting (after this interview was conducted). The Chicago-born, California-raised married father is also an author, with his latest project being Plain Theology for Plain People (Lexham Classics) by 19th-century theologian Charles Octavius Boothe. Plain Theology for Plain People “destroys reductionist stereotypes of [B]lack faith,” according to Strickland.

How did you get involved in writing the introduction for the new edition of Charles Octavius Boothe’s Plain Theology for Plain People by Lexham Press?

I was doing research for my dissertation and I stumbled across Plain Theology for Plain People and I just said hey, someone needs to do it justice and give it the air time it needed because (Boothe) is on point and should be heard just as much as any of the other people who are considered greats who’ve done theology and who have done pastoral ministry. But because he’s a Black man, there’s an injustice at the presses and so somebody had to do it justice, and I figured why not me.

Did you have to sell that argument very much to the publisher?

You know what, I didn’t. I told them, “This is a gem that’s been covered up because of the racism of our past and somebody needs to step up and republish it” and they said, “We’ll do it.” It was funny, because I was pitching a different book to them called The Story of Black Christianity that they accepted. Then I said, “Hey, I’ve done a talk called ‘The History and Theology of the Black Church,’ it’s gonna be along the lines of that.” I sent them a link to it and in that I said, “Hey, I want to reprint Charles Octavius Boothe’s Plain Theology for Plain People and they just jumped on it. They’re the ones who came to me about it, and then I told them why I wanted it to be republished. It’s actually a good thing on them because they had been wanting to include other voices, especially in their Lexham Classics series. I went to them about one book and it ended up being three: the book I pitched, which is The Story of Black Christianity in America; then this book they asked for [Boothe’s Plain Theology]; and then they said they wanted me to do a reader on African-American Christianity, compiling a lot of those works that had been covered up and getting them out there. Even still, they’ve in recent days approached Jemar Tisby and they’re gonna approach Karen Ellis and others. They’ll approach several other people to do other volumes to really get a lot of the African-American Christian legacy out there. It hasn’t been out there because of the disparity of the intrigue with that work and the presses historically.

Why do you think Lexham is now focused on including more ethnically diverse Christian perspectives?

Lexham’s new editor, who was appointed maybe a year and half ago, Brannon Ellis, is a Ph.D. from (the University of) Aberdeen and he really gets it. He’s really trying to push their publishing house towards a variety of cultural perspectives. Then also Todd Hains, who’s the associate editor that I’m working directly with, in his training was able to get a perspective from somebody else. Essentially, what’s happening is that the power brokers at Lexham have shifted. Both are still White men, but at the same time they’re like, “Hey, we have the power to now wield this for good and that good includes our bringing in voices of other people and other groups that have not been heard.” Those two, I would say, are leading the charge at Lexham to say “we have to change this.” … I do think, overall, that the Spirit’s doing something in this area. I think it’s slow-going, but as the Lord puts people in positions of power in places, I think we’re going to be seeing more stuff like this from White evangelicals. Not that everybody is always on board but I think the Lord is putting some strategic people in places to get some information out and to change some institutional structures both in publishing and outside of publishing, and education, denominational life, what have you. (I think) we’re gonna see some changes coming down the pike.

Regarding Boothe, he’s a very interesting person. He was born into slavery, worked at a law firm when he was a teen and taught himself how to read. Where did he get his theological training, or was he self-taught in that also?

He was all self-taught theologically speaking. The place where he had the most exposure to Scripture was at that law firm, because the law was based on Pauline theology. Pauline logic, that Roman logic is what the American legal system was sort of based upon, loosely speaking. In law schools, even now, but especially 20 years ago, people would have to read the Book of Romans and understand the Book of Romans and how it was constructed. In the 1850s, 1860s that’s definitely the sort of text that they would have been relying upon heavily. During that time [Boothe] would have been introduced to Paul especially, and then his intrigue with the biblical text just began to grow. As far as his rigorous study of Scripture, that’s probably where it began.

What are some things you admire about Boothe’s life and legacy? At the same time, how would you recommend him to contemporary Christians who may favor reading modern work over historical writings?

As far as his life and legacy, what I personally admire is just the fact that somebody can rise up in the midst of struggle. He was born into slavery, as we said, he was disconnected from some of his family early on. There’s no mention of a father, so I assume his mother was used to birth a lot of children which was the practice back then, the continued destruction of the family and separating parents from children as chattel. Out of that, the Lord can still raise somebody up. Out of the brokenness, the Lord can still restore something. As he … gets educated, he begins to educate others to be an agent of justice in the public square, as he was dealing with some public issues there with immigration. He was dealing with justice issues in general as Jim Crow segregation came into play in a major way, as lynching was at its height in the 1890s. So out of the ashes can come something beautiful. I think that would encourage people today as well, because people have some rough situations that they’re coming out of. The Lord can still use people in those situations to do something great. I think sometimes folks downplay the potential influence that they could have because of their current scenario or the scenario that they are born into. This book [Plain Theology for Plain People] is a great example to me about how somebody can still rise above those circumstances. As far as to contemporary people who stay with work that’s been written today, I think it’s a very similar message. But I would add that — and this is basic, nothing revolutionary — if we don’t know where we’ve come from, we don’t know where we’re going. That’s the reason why you read history and you read the [church] fathers and you read some new names and faces that are coming into the Christian narrative, especially in America, that have been obscured because of racism. I think this gives us a better picture of where we have come from so that we can have a better, accurate portrayal about where we should be going.

I think the call is the same: to be salt and light, to restore brokenness. I think that’s the same both then and now. What you’re getting at is that the historical context in which the Black church then finds itself versus now is very different. Back then, the Black church was almost the sole institution (where) Black people could do anything where they led themselves. That’s important because the church had to suffice in the political realm, the spiritual realm, and the social realm. Those sorts of things were all achieved in the church context because that’s the place where we were free to do what we wanted to do. Now, there are other avenues for that. Millennials are frustrated at times with the state of the Black Church, especially as it pertains to some of the stereotypes of Black ministers. We have the sort of “Preachers of L.A.” idea that’s been put out there. There’s this charge of (not) being thoughtful. I’ve been in conversations with some people who, for the most part, grew up in the Black church but they’re looking for something to really dig into. But the church really didn’t have the thoughtful answers that they were hoping for so that’s an alternative that I’ve been seeing, a trend of people who have grown up in the Black church and are frustrated with its sort of intellectual apathy and then are moving on to something else. I think that Boothe begins to answer some of those questions, begins to debunk some of those stereotypes, not just of the preacher but of the purpose of the Black church. Yes, the church can be activistic but it can also be thoughtful, which are usually seen as two different purposes. I think the purpose of the church is the same: to be an agent of restoration (and) of brokenness, politically, socially, spiritually, emotionally. But the environment now is more challenging because of the introduction of several different types of avenues to express that. I think that the time is here for the church to rise up and be that sort of holisitc restorative agent that it could be because when we look around, there are people who are beginning to look for that holistic development, that holistic change. But what we have, especially in the era of social media, is people who are talking a lot but not really doing much. Then we have people who are doing a lot but they’re not really hitting the crux of the problem which is the restoration of the brokenness in people. Then, therefore, those people begin to work well in the structures of society to reform them to bring about the justice that God embodies Himself.