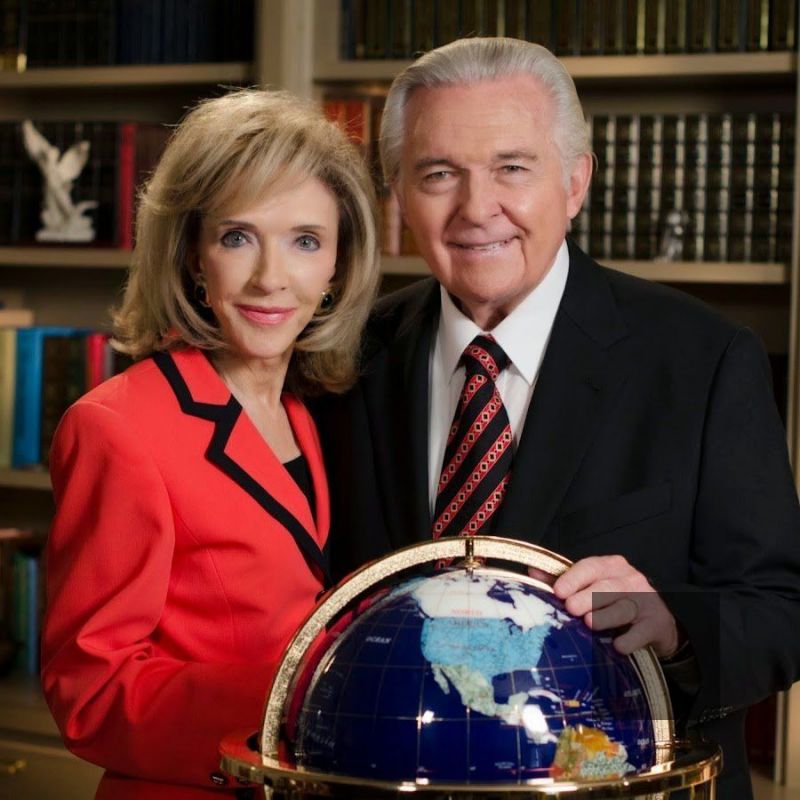 Jack Van Impe, the popular televangelist known for his end times news commentary program, has died at the age of 88, his ministry website reported Saturday.

“The beloved Dr. Jack Van Impe was welcomed into Heaven by His blessed Savior and Lord who he had so faithfully served in ministry for over 70 years,” the January 18 statement reads. “Please pray for his beloved wife and lifelong ministry partner Rexella and their families as they grieve this immense loss and for wisdom as she and the Board lead the ministry in the days ahead.”

The statement added that details about Van Impe’s homegoing celebration would be released at a later point.

In his latest YouTube video of “Jack Van Impe Presents,” dated January 17, the televangelist aired one of his previous messages given before an audience for a majority of the program and left the remaining four minutes to give a salvation message. In the usual course of the 30-minute program the televangelist’s wife and co-host, Dr. Rexella Van Impe, would read particular news headlines and Van Impe would then give an interpretation of their significance by using the Bible. The thrust of the worldwide TV ministry was about using an eschatological lens to interpret the times.

Van Impe was viewed as a controversial figure by some Christians, a number of whom decried him as a “false prophet.” In a 2018 broadcast, the televangelist claimed that the Holy Spirit personally told him that he was God’s “anointed and appointed final prophet.”

The TV preacher, often referred to as “the Walking Bible” due to his apparent memorization and easy recall of Scripture, believed that “international events reflect exactly the conditions and happenings predicted throughout the Bible for the last days of this age.”

In 2011, Van Impe severed decades-long ties with the Trinity Broadcasting Network (TBN) after the network refused to air one of his broadcasts in which he was critical of Rick Warren and Robert Schuller. Van Impe accused Warren, pastor of Saddleback Church, and Schuller, former pastor of the Crystal Cathedral, of promoting “Chrislam” (a mix of Christianity and Islam).

His ministry has not revealed Van Impe’s cause of death. Previous news regarding his health were in regards to open-heart surgery in 2015. Van Impe is survived by Rexella Van Impe. Their ministry is based in Troy, Michigan.