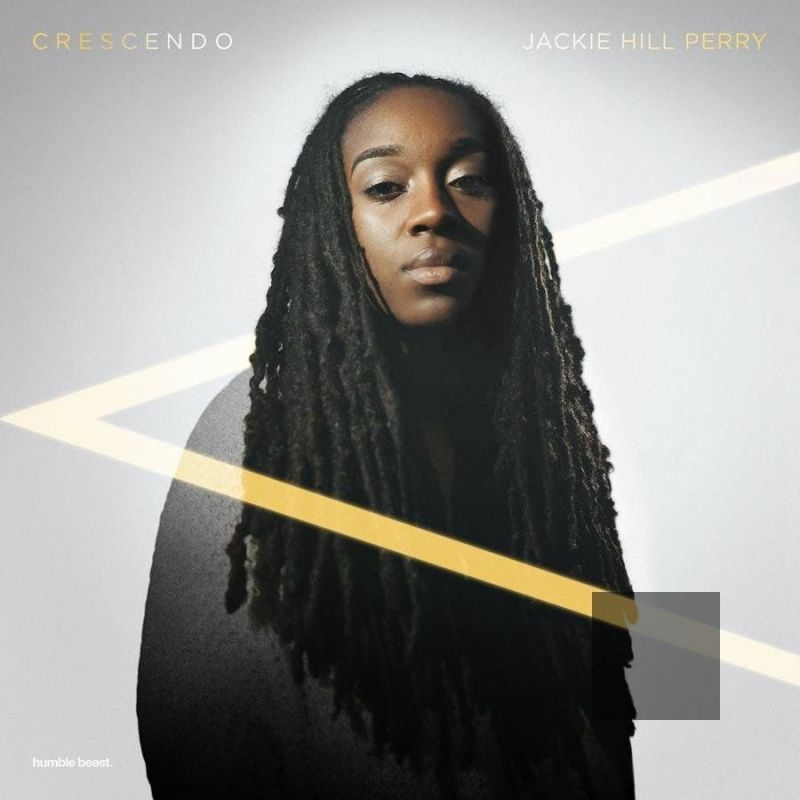 Nicola A. Menzie contributed to this report.

The last time Jackie Hill Perry released an album she was nine months pregnant, the Golden State Warriors had not won an NBA Championship since 1975, and a Donald Trump presidency only existed on “The Simpsons.” A lot has changed in the world in the last three and a half years. In 2014, Hill Perry schooled us on The Art Of Joy. Now, the Humble Beast rapper wants listeners to know that “at the bottom, the only way to go is up.”

Hill Perry will be releasing her sophomore album, Crescendo, on May 11. Crescendo, like all Humble Beast albums, will be available for free download from the record company, thanks to its “freely given” philosophy. Crescendo was also available for pre-order for $9.99 via Amazon and iTunes, at the writing of this article.

Humble Beast has yet to release full details on Hill Perry’s new album, but based on her previous work, Crescendo is sure to show her maturation not just as a rapper but also as someone who is continuously growing in her faith.

Musically, we have not gotten much from Hill Perry since her 2014 debut. She has been speaking at Christian conferences across the country and preparing to have her second child with husband and fellow spoken word artist Preston Perry. As a leading voice in conversations about race, gender, and sexuality, Hill Perry has been in high demand as a speaker at Christian conferences and churches. However, her fans were happy to have her back in the studio, as evidenced by responses to Hill Perry’s tweet about the new album on April 20.

In the lead up to the album’s May release, Hill Perry has been dropping gems about its title.

A crescendo “usually begins in the place where everything feels quiet. Where prayers feel unheard. Where being low feels gradual and unending,” she shared online.

“A Crescendo must start somewhere. It usually begins in the place where everything feels quiet. But follow a Crescendo to its highest point and you’ll find that even at your lowest, you were going somewhere higher. After all, at the bottom, the only way to go is up,” Hill Perry tweeted.

Crescendo is comprised of 11 tracks and features production from Swoope, Braille, and Odd Thomas. The lead single, “Fall Away” (available for download ahead of the album’s release), brings together Hill Perry’s lyrical prowess, Natalie Lauren’s beautiful chorus and vocals, and Swoope’s mellowed-out production for a memorable track. The album includes features from Christian hip-hop legends Shai Linne and Da’ T.R.U.T.H., and also a sermon clip from pastor H.B. Charles J.R. on the track entitled “Thy Neighbor.”

Hill Perry, an accomplished spoken word artist before The Art of Joy‘s release, has shown the CHH world her talents as a rapper. A few months after Crescendo‘s release, the married mother will also put her skills as an author on display.

Hill Perry will release her semi-autobiographical book, Gay Girl, Good God: The Story of Who I Was, and Who God Has Always Been, in September with B&H Books.

In Gay Girl, Good God, Hill Perry relates the story of her former life as a lesbian and how, at 19 years old, she “came face-to-face with what it meant to be made new.” The book also offers “practical tools that helped her in the process of finding wholeness,” according to the publisher. Learn more about Hill Perry’s new book at Amazon.

Adam Hubert is a recent graduate of Berry College in Georgia, and currently a part of the Greensboro Fellows Program. Adam doesn't have the skills to be a rapper, so he writes about them. Adam's work has been published on Blavity.com and The Odyssey Online. Find him on Twitter @_aHuby.