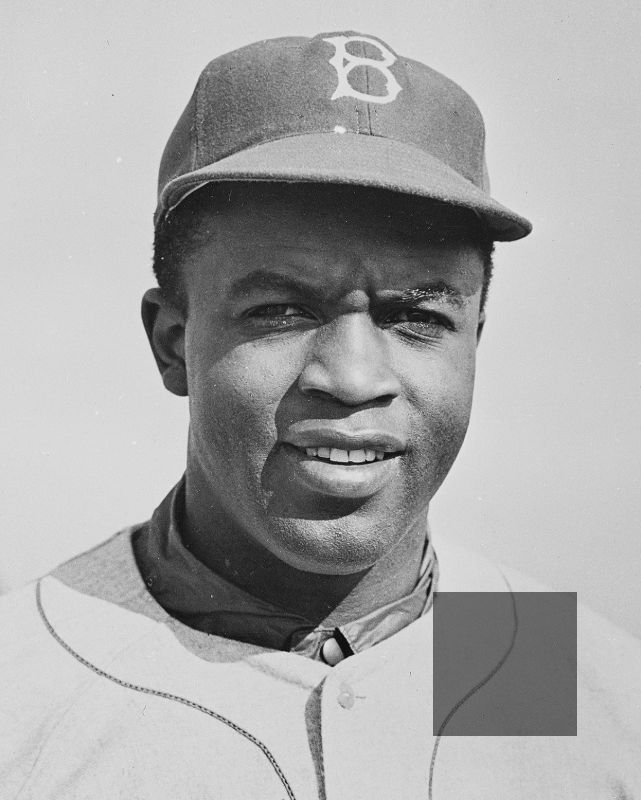 Jackie Robinson will be remembered for his courage, athleticism, tenacity and sacrifice on Jan. 31, the centennial of his birth. By confronting Jim Crow – both as a baseball player and as a civil rights activist – he changed America.

“Back in the days when integration wasn’t fashionable,” Martin Luther King Jr. said of Robinson, “he underwent … the loneliness which comes with being a pilgrim walking through the lonesome byways toward the high road of freedom. He was a sit-inner before sit-ins, a freedom rider before freedom rides.”

I’ve written three books about Robinson, in addition to dozens of columns and articles. I used to wonder how Robinson persevered in the face of so much hate and ugliness. He was certainly as tough a competitor as any athlete who ever lived, and he had an unwavering religious faith.

But I eventually realized that he couldn’t have achieved what he did without his wife, Rachel, whose spirit was as formidable as his own.

Sure, he had his mother, Mallie; his minister, Karl Downs; Brooklyn Dodgers’ president, Branch Rickey, who signed him; and sportswriter Wendell Smith, who served as his ghostwriter and confidante.

Rachel, however, was the only constant.

“She was not simply the dutiful wife,” Pulitzer Prize-winning journalist Roger Wilkins said about Rachel. “She had to live through the death threats, endure the vile screams of the fans and watch her husband get knocked down by pitch after pitch. … She was beautiful and wise and replenished his strength and courage.”

Rachel Isum met Jackie Robinson at UCLA when she was a freshman and he was a senior. Jackie was a four-letter athlete and “a big man on campus,” as she described him.

Two-and-a-half weeks after the wedding, the Robinsons left the relative comfort of Los Angeles to go to spring training in Florida. Robinson would have to confront both baseball’s color line and the Jim Crow laws of the South, where blacks who challenged segregation risked jail, injury or death.

Rachel knew she and Jackie could not react to every racial epithet hurled their way. But she wasn’t averse to quiet forms of resistance. When their plane stopped in New Orleans on their flight to Florida, Rachel saw something she had never seen before: separate restrooms for “white women” and “colored women.” She defiantly walked into restroom marked “white women.”

During that first spring training, segregation laws prohibited the Robinsons from staying in the same oceanfront hotel in Daytona Beach with his white teammates. Nor could they eat in white restaurants. They stayed with a black family and ate their meals in a black restaurant.

Robinson, feeling the weight of representing millions of black Americans, struggled during the beginning of spring training. He had trouble hitting, and he hurt his throwing arm so badly that he could barely lift it.

Rachel calmed Jackie every night in their small room, massaging his sore arm as he raged against the indignities he faced on and off the field. She also learned she was pregnant while they were in Daytona Beach, but decided not to tell him.

“There was such an incredible amount of pressure, it might have driven two people apart,” she told Sports Illustrated in 2013. “But it had the opposite effect on us, it pushed us together.”

At some point, as Rachel later told Robinson biographer Arnold Rampersad, Jackie began to refer to himself not as “I” but as “we.” Jackie and Rachel were united as civil rights activists; they knew, as Rachel put it, “that the issue wasn’t simply baseball but life and death, freedom and bondage, for a lot of people.”

As the spring progressed, Jackie’s arm improved and so did his confidence. He played the 1946 season with the Montreal Royals before being promoted to the Dodgers the next spring. He established himself as one of the best players in the National League. But the racist epithets continued to rain down on him from the stands and the dugouts of opposing teams.

Rachel was determined to make their home a refuge from that malevolence, whether the Robinsons were living in Montreal, New York City, or later, in Stamford, Connecticut.

“We had a pledge to each other that we were going to try to keep the house a haven,” she said. “Someplace safe. Someplace we didn’t have to replay the mess outside.”

Rachel raised their three children while her husband was playing baseball and crusading for civil rights. After earning her master’s degree, she worked as a nurse-therapist and researcher at the Albert Einstein College of Medicine in New York. She then taught nursing at Yale University while she served as director of the Connecticut mental health center.

After Jackie died, Rachel created the Jackie Robinson Foundation, which has provided scholarships for 1,400 college students.

When the Jackie Robinson biopic “42” was released in 2013, Brian Helgeland, the film’s writer and director, asked Rachel what she thought of the film.

“I loved how much we kissed,” Helgeland recalled Rachel telling him. “And then she got emotional,” he continued. “It was the only thing she ever said to me about the finished film. And it hit me: Her take-away from the whole thing was that she got to see her husband one more time.”