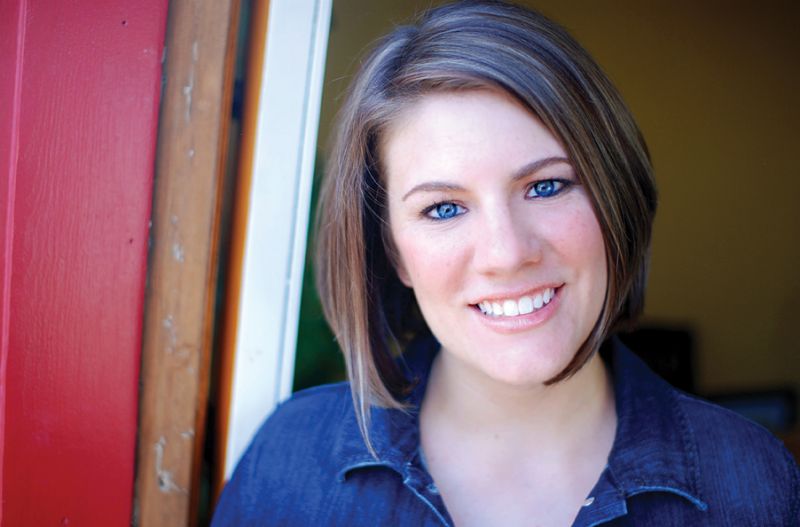 (RNS) — One of Rachel Held Evans’ greatest fears was to die before finishing an important book, her husband Daniel Jonce Evans told Religion News Service this summer when her first children’s book, “What Is God Like?,” was published.

A common enough fear among writers, it was tragically realized in 2019 when Held Evans died of a sudden illness at age 37, leaving behind not only her husband and two small children, but also four drafts of children’s books and 11,000 words of an unfinished manuscript.

But, tucked among those 11,000 words, a prescient note of hope — for herself, for her readers: “The crucial thing to remember is that with God, death is never the end of the story,” she wrote.

Two years later, Held Evans’ story continues, in the form of two books, published posthumously and completed by two of her friends.

Matthew Paul Turner, a children’s author, stepped in to finish “What Is God Like?,” which published in June.

Now Jeff Chu, another friend and collaborator, has taken the 11,000-word manuscript, along with drafts of blog posts, sermons and other unpublished writings from the late author, to weave together “Wholehearted Faith,” released Tuesday (Nov. 2) by HarperOne.

“Wholehearted Faith,” Held Evans’ final book for adults, retraces some familiar steps for longtime readers of the beloved progressive Christian author: her evolution of faith chronicled in her first book, “Faith Unraveled”; her journey away from evangelicalism and into the Episcopal Church in “Searching for Sunday”; her shifts in understanding the Bible in “Inspired.”

But the book never ties it all up with a neat bow, the author never wanting to trade one kind of fundamentalism for another. Instead, she wrote, she was “still evolving, still wrestling, still shifting, still examining.”

“Even on the days when I’m not sure I can believe it wholeheartedly, this is still the story I’m willing to be wrong about,” Held Evans wrote.

Chu told RNS he was “deeply, profoundly sad” when Jonce Evans asked if he’d finish the book months after Held Evans had died.

He also admitted he wasn’t sure he could do it.

As he writes in his introduction to the book, “I’m not Rachel. I am the furthest thing from a straight, white, Southern, Baptist-turned-Episcopalian woman.”

“I’m still not sure I have done it well. Rachel was unique,” he told RNS.

But Sarah Bessey, a longtime friend of Held Evans and co-curator with her and Chu of the Evolving Faith Conference, praised Chu’s work in an email newsletter this week, calling it “one of the most sacrificial acts of friendship I’ve ever witnessed.”

“I don’t know if anyone else could have done this because it took such strength of character, love, skill, and depth all while still being in that white hot centre of grieving a profound friend,” she wrote.

Jonce Evans also praised Chu’s work, writing in a letter to Held Evans that accompanies his foreword to the book that her old friend had done a “wonderful job.”

Chu answered questions from RNS by email about the daunting task of finishing Held Evans’ book, her vision of “wholehearted faith” and what he hopes others will take away from his friend’s work.

This interview has been edited for length and clarity.

What was the process of finishing “Wholehearted Faith”? Where did you find Rachel’s words and how did you bring them together?

Dan created a Google Drive that had most of the relevant contents of Rachel’s computer. One file contained the manuscript-in-progress. Others had drafts of blog posts, talks and sermons, various other documents. I spent time talking with her sister, Amanda. When I had questions about a particular instance in her life — since, after all, this was largely a posthumous memoir — I texted Dan or emailed her dad or asked Amanda.

It was a long and difficult process of editing, stitching, smoothing.

You write in your introduction that you and Rachel didn’t always agree on everything. Any examples of ideas in this book that you two part ways on?

I’d honestly prefer to let our theological differences remain private, since she’s not here to defend her stance on some of those matters!

I will just say this: She might have had more faith in humanity and its goodness than I do. What we shared was a deep desire that people know how much they are loved — loved by a divine love that surpasses the fickle human affection we so often long for. That kind of love could change the world if we actually believed in it enough to allow it to reshape us.

How do you understand Rachel’s vision of “wholehearted faith”? What does it mean to you?

It means we are freed from the self-harm that comes from dividing mind and spirit, body and soul. It means we find the freedom that comes from reuniting thought and feeling. It means we no longer question the gift of questioning, because God is our safe haven; God doesn’t need to be protected from our questions, and in fact it’s a remarkable act of trust and hope to ask questions of the God who is love.

Is there a particular essay in this book that resonates with you? What did you learn or take away from Rachel’s words in this book?

“Telos,” which comes at the end, is probably my favorite. I don’t want to give too much away, but it’s heartbreaking and beautiful to me at the same time. It’s so abundant in hope. Rachel is looking forward to the house that she and Dan were building at the time. She is living. And then she didn’t get to see that completed.

I don’t know that I really learned anything new about Rachel from writing this book. But I was reminded of a few things: She was so well read, so curious. She has read theologians I’ve never even heard of; a big part of this project was me Googling things she referred to that I knew nothing about. She was also so unafraid to be herself in such a public way. Where she writes about risk and vulnerability, she actually lived that out.

What do you hope readers will take away from this book and from Rachel’s legacy?

It’s why she writes so powerfully about the Incarnation — this idea that God came into the form of a tiny, vulnerable baby. It’s ridiculous. And it’s gorgeous. And it is the embodiment of divine love.