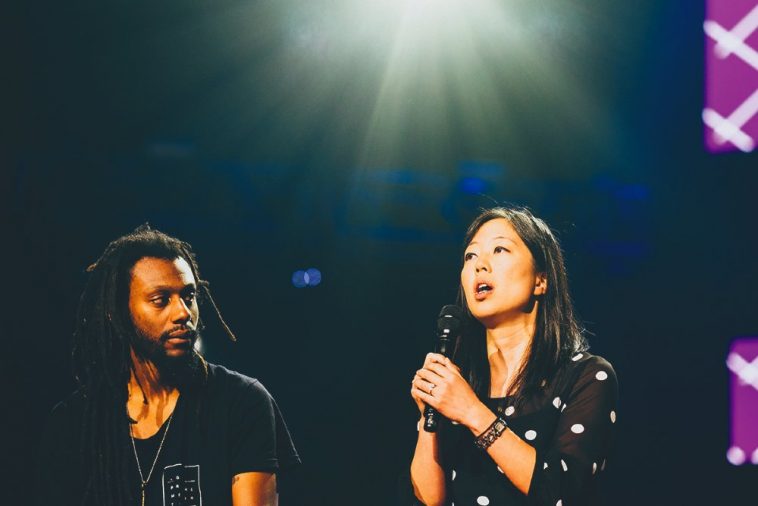 Jenny Yang is senior vice president of Advocacy & Policy at World Relief. She co-authored Welcoming the Stranger: Justice, Compassion and Truth in the Immigration Debate and serves as chair of the Refugee Council USA Africa Work Group. During her appearance at Catalyst Cincinnati (catalystleader.com), Yang took time away from the stage to discuss immigration and refugee care in the church, as well as biases Asian Americans face in the U.S. today.

What inspired you to begin your work with refugees?

I was born and raised in Philadelphia. My parents still live there. When I went to college, I spent a semester studying abroad in Madrid. Spain is an amazing country, and I loved my time there, but it’s different than the U.S. It’s not as diverse, more homogeneous. When I was there they were dealing with issues of migration because a lot of African immigrants were coming across the sea into Spain. They had a lot of Latin American immigrants as well. So they were grappling with it.

I remember riding the subway and (seeing) a young African family, a mother and a couple of kids. Then some Spanish teenagers got on and started spraying graffiti on the walls: “Get out my country Black people.” And I was so upset. Right when I was going to say something, they got off the train. The family just sat there. It bothered me that it happened, but what really bothered me was that no one had said anything to these teenagers. From that point on, I spent the summer volunteering at an organization that combats racism in Europe, while also doing some research with the U.N. to understand how the laws work in Spain, trying to get a systemic understanding of how these things connect together. That resulted in me coming back to the States and wanting to work with refugees and immigrants. I started at World Relief a few years after I graduated. Being in an organization that serves refugees and immigrants in the U.S. and around the world, I started really developing my passion, both on a programmatic and individual level—but also on a systemic and policy level as well. That’s what I’ve been doing for the past 10 years.

What are some practical tips for churches to be a place for refugees?

It’s good to be very practical. If anyone is interested in working with refugees and immigrants, it has to start with building a relationship. We at World Relief have partnered with a campaign called We Welcome Refugees. If you go to WeWelcomeRefugees.com there’s a map where you can pinpoint your location and see what ministries are around you that serves refugees. If you connect with agencies in your city that serve refugee and immigrant populations, they’ll connect you with a local family or individual who you can develop a relationship with.

For example, I live in Baltimore and have partnered with an agency and got set up with a refugee family. I visit them every few weeks. I bring food over or we go out to eat together. Things like that. It’s been absolutely enriching.

I would also say if you’re a church leader, a volunteer leader, or a pastor at a local church, it’s also important to have those conversations in your church. What does it look like for a Christian community to respond to migration issues and refugees? I would really challenge church leaders to approach this from a theological perspective. When you read the Bible, it is a story about migration. Abraham was called to leave his homeland, and he literally migrated from one place to another. Joseph was sold into slavery and went into Egypt. The whole nation of Israel was considered a migrant people. You had Paul who migrated from one place to another to share the gospel. Jesus himself was a refugee. He was born in the Middle East. He was persecuted as a child, and his family fled to Egypt. He was a single, Middle Eastern male—Jesus really fits the definition of someone we’re trying to keep out of our country.

We need to realize when we are reaching out to immigrants and refugees, Jesus’ image, God’s image, is reflected in these individuals. It’s when we remove the image of God, the imago Dei, from people, is when we can demonize them and when we can dehumanize them. If we’re followers of Christ, there’s a responsibility to engage in a theological and missiological conversation and demonstrate in our faith and our inter-actions what it means to really follow Christ in the fullest way by serving immigrants and refugees.

Why do you think some people of faith still struggle with welcoming immigrants and refugees?

When you don’t have relationships with people who are different than you, and on top of that you’re being fed a lot of misinformation, of course you’re going to be fearful. For example, I went to speak to a church in Ohio, in the middle of Amish country. I didn’t realize it was Amish country when I made my plans, but all of a sudden there’s no roads, no developments—just farmlands and buggies in the streets you have to drive around. It’s an idyllic, beautiful place. The volunteer who asked me to come said to me: “Know two things: Everyone here voted for Trump and everyone here watches Fox News.” I thought, that’s kind of typical of a White Evangelical audience.

I went and did my spiel, and I was the only person of color in that room. I don’t think they’d ever heard the perspective I was offering about who refugees are, their stories, and how our piece of the puzzle fits into the picture of what’s happening to refugees around the world. A woman came up to me afterward and said, “I watch Fox News all the time. Is what’s happening in Europe going to happen here?” I said, “No there are totally different systems. Because in Europe everyone goes in and they’re not screened at all, but in the U.S. we select the people who come. And we screen people before they come. That’s our process. It takes on average up to two years for a person to go through all the process and the screenings. That’s an important part of the discussion.”

Then she said, “Oh but these are Muslims and they’re going to implement Sharia law.” I replied, “Well, I think for any person of faith they want to adhere to what is true to their faith. But every Muslim person I’ve met, no one has talked about Sharia law.”

She was like, “Wow, that’s really fascinating. I’ve never heard that perspective before. I’m going to write Fox News when I go home. I think they should have you on because Sean Hannity is a compassionate man, and if he could only hear what you had to say, I think he’d change his mind.”

But part of our responsibility and our task is shifting the narrative to say, OK, you may not know someone who looks different than you or who is a refugee, but here are some of their stories. It’s not about the millions of refugees, it’s actually about the one refugee and their story. I think when people start to understand the stories of refugees and when they actually get factual information, that starts shifting the conversation.

I don’t blame or I don’t fault people for being fearful because I think there are valid reasons for us to have fear about a lot of things. But at the same time if we’re not on the journey of trying to find factual information about the very people we’re trying to dehumanize and distance ourselves from, then it becomes a problem. It’s a delicate balance, but it’s one we’re trying to continually improve through education and awareness around some of these issues.

You wrote a piece for Sojourners about the United Airlines incident where Dr. David Dao was forcibly removed from a plane. You discussed how this video of him being violently dragged from the plane made you feel as an Asian American. Please share more: what do we need to more deeply consider when it comes to biases Asian Americans face in the U.S. today?

Right after the election or at the time of the election, I remember hearing a story on NPR. There was a Vietnamese-American student on campus, and she said, “I’ve never experienced such blatant racism until now.” There was a rally on her campus, and people were hurling racial epithets at her. I think for a lot of Asian Americans there’s this constant feeling of, “You don’t belong here.” So when people ask me where I’m from, I say I was born and raised in Philly. And they’re like, “No where are you really from?” As if I wasn’t born there. I know the question they’re truly asking because obviously I look different. But that question makes Asian Americans especially feel like we don’t belong in this country.

I think with any person of color—our experiences may be different, but our struggle is similar. For African-American and Latino communities, they are disproportionately impacted by police violence, abuse, or incarceration. For a lot of Asian Americans there is an “othering” and oftentimes marginalization, which results in us feeling very vulnerable at times. I think there’s a solidarity [that’s] building among people of color across the board—especially in the church, which is really encouraging to see. We have to own each other’s struggles in order to be stronger for them. If we distance ourselves from Black Lives Matter or the immigrant rights movement or things like that, it’s a disservice to all of us. There’s a responsibility, especially for those of us in the church, to own each other’s struggles and to pursue and listen and be in a posture of continual learning. That’s how we can honor the people who are on the frontlines of the struggle or people who are in the trenches of this. It’s not to say we have all the answers. But being a presence either at protests or in discussions, not being afraid of pushing back, even against family members or others who may disagree with you, is a large part of these conversations.

Politically I think things are always a little bit challenging. But what’s really encouraged me is how far the church has come in desiring to serve their neighbors well. From that comes the desire to be a church outside of its own walls. When we think about the role of the church in communities—they literally are the hope of the world, right? Which is what Bill Hybels talks about all the time. This is an opportunity for the church to shine light into areas of darkness and to be a place of community and of comfort to people who feel particularly vulnerable. If the church leans into the discomfort and leans into building relationships with people who are different than them and leads the way in this, that’s when we’ll see tangible change.

Kelly Carr, former editor of The Lookout, is a writing & editing consultant in Cincinnati (editoroflife.com). 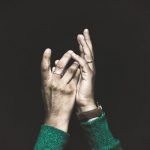