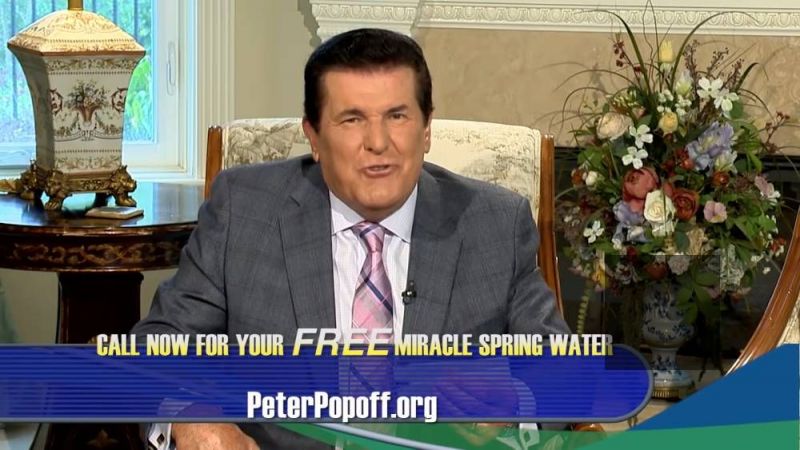 More than 10,600 religions organizations received $3 billion from the government’s Paycheck Protection Program meant to shore up businesses amid the coronavirus pandemic, The Guardian reports.

Among those recipients are churches and ministires led by controversial figures such as Jimmy Swaggart, Jim Bakker, and Peter Popoff. A controversial secretive California church called the Word of Faith Fellowship also received financial aid.

Swaggart, who leads the Family Worship Center in Louisiana, was defrocked by the Pentecostal Assemblies of God in the early 1990s after being implicated in sex scandals. His church got between $2m and $5m.

Bakker, of Morningside Church Productions in Missouri, was defrocked by the Assemblies of God after a highly publicized sexual encounter with a church secretary; was imprisoned in the 90s on dozens of fraud and conspiracy charges surrounding his church fundraising; and now promotes emergency survival products. He has been sued by Missouri’s attorney general for allegedly selling a fake “coronavirus cure”. His representatives have defended the product. Morningside received between $350,000 and $1m.

Popoff, of People United for Christ in California, was exposed for using an earpiece to receive radio messages from his wife so he could pretend to know personal details about his audience members during religious services. He also promotes miracle spring water and claims to be a prophet. His church received between $350,000 and $1m as well.

Word of Faith Fellowship, which the Associated Press calls a “secretive North Carolina sect”, also received funds. The organization has been investigated for allegedly abusing congregants and its leaders have faced charges from fraud to human trafficking, according to NPR. The group’s website responds to various allegations in a section called “Response to Media Lies”.

The publication also reported that Joyce Meyer Ministries “received between $5m and $10m, even though it reported having $12m cash on hand at the end of 2019.”

The church pastored by Paula White’s son, City of Destiny (formerly New Destiny Christian Center), reportedly received between $150,000 and $350,000 from the Paycheck Protection Program. White is President Trump’s spiritual advisor and chair of his Faith and Opportunity Initiative.

Continue reading at The Guardian