John Boyega of “Star Wars” fame recently released a short video that has gone viral showing the moment he presented his parents with a new home he bought for them years ago.

The Christian British-born Nigerian actor published the video to his Instagram account on January 20, writing in the caption: “A few years ago this happened! Moments like these make all the hard work worth it.”

In the video, Boyega’s parents, Samson and Abigail Adegboyega, are seated on a couch as the famous actor initially pretends that they are on the site to do an interview.

Boyega doesn’t play the charade very long, however, and reveals that there was no interview scheduled.

Amid a brief round of applause among the small group on camera, the Adegboyegas appear stunned. 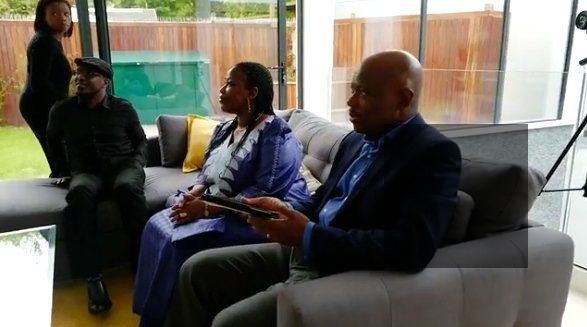 Boyega goes on to tell them that he had been planning the house project for four to five months.

“It’s your prayers that has got this. It’s your prayers, because the skill and ability that I’ve received has been from your prayers and I cannot ignore what God has used my parents to do in my life,” he says. “This is just my physical appreciation, honestly, from the bottom of my heart.”

Boyega’s Dad, visibly moved, is then seen wiping his eyes with a white handkerchief. His mother, meanwhile, looks on quietly as if still digesting the news.

The remaining few minutes of the video shows additional footage of Boyega and his parents embracing and taking photos at a “Star Wars” movie premiere, while he speaks over the footage about the “cool” bond he has with them.

Boyega reportedly purchased the house for his parents in 2017, and just now shared footage of the big reveal.

As Faithfully Magazine previously reported, Boyega identifies as a Christian, as his parents are Pentecostals. His father, Samson Adegboyega, is a preacher. His mother reportedly works with the disabled.

The actor has spoken openly about his identification with Christianity and how he begins and ends his day with prayer.

“I grew up as a minister’s son and was systematically religious in the beginning,” Boyega said previously. “I was religious because that was all I knew. I let it go and had my own spiritual experiences and came on back. When I did that, my life and my outlook changed.”

Boyega revealed last year that he was working on a few faith-based projects, including executive producing a South African crime-thriller called “God Is Good” and launching a record label called UpperRoom Records.