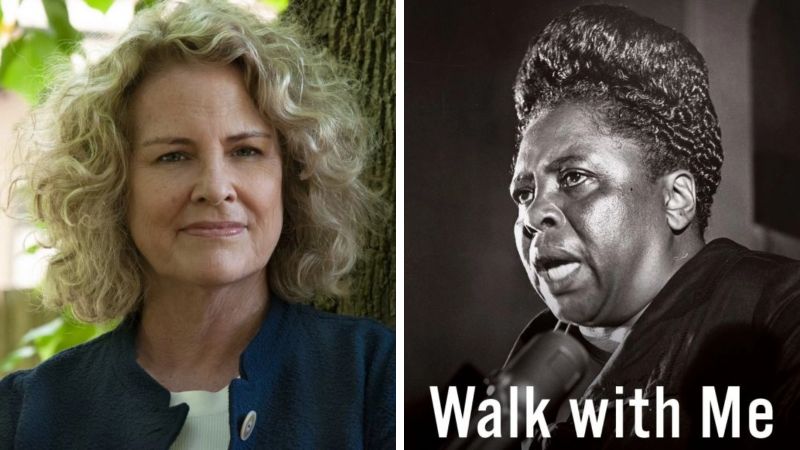 Dr. Kate Clifford Larson, author of Walk With Me: A Biography of Fannie Lou Hamer.

Mississippi civil rights activist Fannie Lou Hamer (1917-1977) is often remembered for the bold speech she delivered at the 1964 Democratic National Convention, where she resisted gender, racial and class discrimination to ensure she was heard. Hamer, whose life was scarred by struggle, injustice and abuse, remained steadfast in her political activism partly because she believed no one in America would be free until African Americans were free to pursue the liberties granted to them by God and the U.S. Constitution.

The all-White Democratic state delegation from Mississippi was infuriated that Hamer was even allowed to speak.

“To go to the convention and plead with the Democratic Party to let them sit and represent Mississippi, they were very brave,” Larson said. “Hamer and her delegation could’ve been killed on their way back home. But they wanted the world to know what was going on there, that it was real. Black people in Mississippi were being killed for wanting to exercise their right to vote.”

Larson spent three years researching Hamer’s life and work for her latest book, Walk With Me: A Biography of Fannie Lou Hamer. An in-depth examination of Hamer’s life, speeches, and pivotal civil rights struggle, Walk With Me puts the outspoken Black Christian activist—who was determined to make that little light of hers shine—in context. Larson, a women’s studies research scholar at Brandeis University, specializes in 19th and 20th century Women’s and African American history. She also authored Bound for the Promised Land: Harriet Tubman: Portrait of an American Hero.

In a phone interview with Faithfully Magazine, the award-winning historian spotlights the singular life of Fannie Lou Hamer and how her Christian faith sustained her amid violent responses to her work as a civil rights activist. The transcript has been lightly edited for length.

Study: US Youth Sharply Divided on Perceptions of Diversity and Discrimination